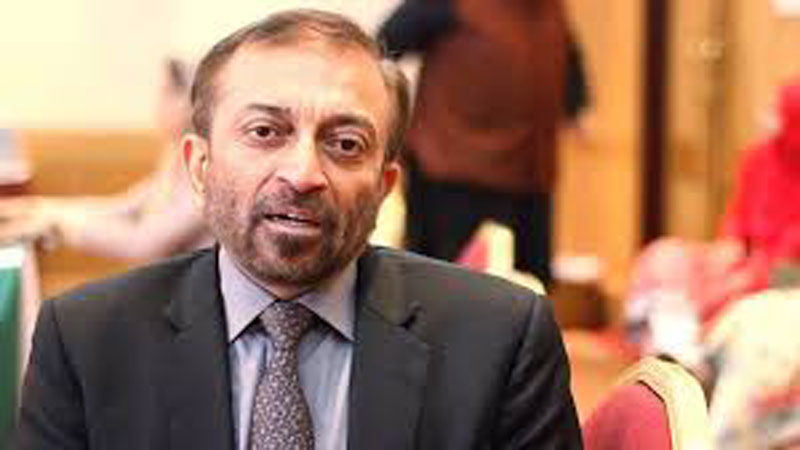 The former MQM-P politician went to a private hospital to inquire about the health of the victims and spoke to a group of journalists afterwards. He demanded that law enforcement agencies (LEAs) investigate the incident.

Earlier on Saturday night, a cracker attack disrupted a Milad gathering organised by MQM-P in Gulistan-e-Johar area of Karachi. Reportedly, at least eight people were injured. The blast took place near Perfume Chowk, where Muttahida Qaumi Movement-Pakistan (MQM-P) had organisedMehfil-e-Milad.

The injured were moved to Jinnah Postgraduate Medical Centre (JPMC) for medical treatment. Three of the injured are said to be in critical condition.

The CM has directed the Karachi commissioner and the additional inspector general Sindh police to immediately submit him report on the incident.Murad Shah contacted Izhar and Sabzwari on telephone and inquired about the incident. Izhar told that his driver and Khalid Maqbool’s coordinator were injured.

Sindh Governor Imran Ismail also sought report from the inspector general of Sindh police and directed the relevant authorities to provide the best possible treatment to the wounded.Counter Terrorism Department (CTD) incharge Mazhar Mashwani also arrived at the scene. He said he was waiting for the report to say something conclusively.The East SSP said that the party did not seek permission and clearance from police for the event.