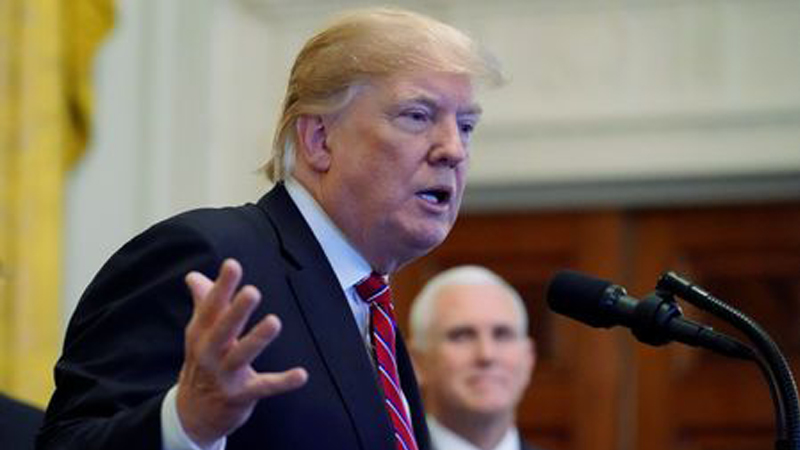 Is Zalmay Khalilzad, the US special envoy for Afghanistan, laying a booby trap for Pakistan in the “Afghan reconciliation” project? Is the request for “facilitation” a bait to hit Pakistan back with the same old allegation of double-game?

Imagine: Pakistan – using its much touted leverage manages to convince Taliban into peace negotiations with the Kabul government. Both agree on the future course of action including the US-led troop withdrawal – even if symbolic. This gives President Trump the declaration of victory that he is so desperately looking for. This may also usher in the notorious Black Water of Erik Prince back into Afghanistan. But, once the symbolic pullout is complete, the inter-Afghan dialogue stalls and violence resurges.

Where would it leave Pakistan? Battered and bruised again, say shortly before the Afghan presidential elections? Most probably exposed to all kind of ostracization, simply because

a) all the fingers will once again point to, and demonise Pakistan for the breakdown

b) the Afghan, US and Indian media will be up in arms to point to the contradiction in the Pakistani narrative since 2015 ( we have only limited influence over Taliban)

c) US-Indo-Afghan officials will ratchet up efforts to again expose Pakistan’s “nexus with the Afghan Taliban, citing the “Pakistani facilitation” in the agreement leading up to the US pullout, and

c) President Trump, notorious for his whimsical actions, may revert to his “original views” on Pakistan, and step up the international squeeze on it through mechanisms such as the Financial Action Task Force (FATF).

No doubt, Khalilzad’s diplomacy has unfolded a new dynamics in the search for reconciliation beginning with the release of veteran Taliban leaders and direct talks. Despite direct engagement with the US, the Taliban have raked up violence to underline their field strength. And, as a consolation for Pakistan, all this has coincided with a rare statement by the new CENTCOM chief on the role that geography has accorded to Pakistan.

“I do believe that any solution in Afghanistan is going to require the assistance of Pakistan. It has to be a regional solution not just a solution centered in Afghanistan. It is in Pakistan’s long-term interest to have a government in Afghanistan that is stable that they can do business with. It will be hard to reach a settlement without some form of assistance from Pakistan.”

Lt Gen Kenneth F. McKenzie, the next commander of the US Central Command, said this at a Congressional confirmation hearing. He also revealed that the death toll of Afghan security forces was unsustainable and that’s why a peace deal was needed.

The general also cautioned that the Afghan security forces “are not there yet and if we left precipitously right now I don’t believe they would be able to successfully defend their country.” This may sound sweet music to many ears in Pakistan, where a number of stake-holders appear to be inflated with a sense of importance that President Trump’s letter brought with it.

But the way ahead is both precarious and thorny. Pakistan’s earlier claim of “influence over Taliban” literally turned into a baggage. Now, after releasing three Taliban veterans, and having received Khalilzad at the highest level indicates Pakistani leaders are again positioning themselves for a “bigger” role in the Afghan reconciliation. The US wants them to convince Taliban not to militarily overrun the country if the US pulls out. They also expect Pakistan to again deliver the Afghan Taliban for direct peace negotiations with Kabul.

This also dovetails Pakistan’s opposition to an abrupt US withdrawal. The army spokesperson has also articulated categorically that his country would not like to see the US fail in Afghanistan and instead leave as a friend of the region.

Importantly, this looks like the US may use the Pakistani shoulders – yet again – for engineering a symbolic pullout to satisfy Trump’s ego. But even if that happens, what will be Pakistan’s fate in case the peace talks broke down? The buck will likely again pass to the scapegoat i.e. Pakistan.

In short, Pakistan’s diplomacy is on trial for sure; it of course should help its neighbours and also work together with the US for peace in Afghanistan. But one would hope – that for the short-term objective of accommodating US plans – it does not walk into a booby trap in an already explosive situation.