To sit or to squat

Ever since I overheard a fragment of a conversation between two Indians at an International airport, I have been both wondering as well as questioning myself about the toilet seats especially and the import of western construction generally, into our society. The two sounded uneasy. One Indian was telling the other that the white masters have left but their remains are still behind in the former colonies. The concern for the comfort of the white man as well as the white woman is still unbroken even though they are not physically present here. What he was referring to was the rather un-glamorous subject of the toilet seats. Apparently, he was irked by the height from which he was compelled to relieve himself at the airport. The other person agreed and added some spicy curses of his own on the washroom designing administrators. They both agreed that the relieving arrangement was made not for the Desi but for the “gora” people. Their conversation lingered on in the air, with snatches similar to that often heard, or getting reminded whenever one comes across such misfit constructions in our society. These oddities are nor rare, nor are they limited to the airports.

Why is it that the toilet seats in India, and Kashmir as well (in many places) are raised way above the ground, if one could ask a simple but possibly an important question? Is it because the level of civilisation is measured by your height from the ground while emptying oneself? That is, you are uncivilised if you squat and you are civilised and cultured if you remain at some height from the ground. For some the divider between the developed world and the developing world is the toilet seat. However, in our part of the world, we and our good old simple ancestors have been using the “traditional” method with good results for aeons.

That practice continues even today. However, it is beyond preposterous to find the arrangement different when entrance is made into some of the official structures, in which, very often the native has to suffer the sight of foreign imports ill-suited to the local conditions. It does not stop there. With the standing seat come a series of other things which are in line with the character of the seat, which make the life of the squatter awkward. There are rolling tissues, absent mugs, invisible buckets, (standing urination for both men and women) to the extent that the very idea of a washroom becomes a frightening experience for a beginner, of the scale which clever actors have learned to exploit with rib-tickling results. In sum, even the sunniest mornings suddenly turn bleak.

There is no reason which comes to my mind for the presence for these in Kashmir except the need to make the life of the white men and women comfortable, and of course, the desire to look more modern and sophisticated because the “sophisticated” from outside are known to use the same. They are planted to increase the modernity quotient. Because even Indians, in general, are not used to it, just in case the makers of these visualize, that the tourists from India would take a liking for them. Nothing is more dreadful for a local human being than to think of sitting on the white rim of the seat in Chillai Kallan. In summer you may think that you can finish the front page of the newspaper while sitting on it but in minus temperature you had better land on snow outside than dare sit on the freezing surface of the western contraption.

Human beings are designed to squat. We have been squatting (and eating food on the floor) for millions of years and it is only recently that in most western countries and the English speaking world, structural changes have been made. Sir John Harington made the first flush toilet in late 16th century. And then it gained popularity in 19th century and it began to be used by masses. Now they are everywhere in the western world. Such and similar kind of changes in the social environment have produced many problems. This kind of rapid environmental mutation has led to a serious compromise on health; because human habits stretching way behind in time, which had become part of human programming, have met swift changes in human behaviour. And there is substantive research on the disadvantages of sitting instead of squatting. Locally, the “confidence mode” of doing business in the loo is turned low in the presence of what looks like an inverted tusk of a mad elephant.

The time is apt to uproot them from the washrooms and return to the good old positions. We already know the great benefits which our modern houses have given us. (The sight of lobby and marble in freezing temperature is equal, if not more, in dread to that of a toilet seat) With a large chunk of the population running away from the modern houses to warmer regions, our modern houses have defeated us and our sense of comfort. If only our designers and architects think a little less about the modernity and modern when it comes to constructions and give more thought to comfort and local conditions, a lot of the avoidable discomfort to which the people are subjected can be removed. No doubt there is money and profiteering behind the creation of the craze of everything modern, yet the same can be defeated if people in general, and those who sit in the deciding chairs, prioritise the ease and comfort of the people to the greed of the minority.

The writer is a columnist, author, and lecturer at the University of Kashmir, Srinagar. He can be reached at javjnu@gmail.com 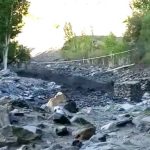