When is G20 Summit 2018? Dates, members and issues at meeting of world leaders

Donald Trump, Vladimir Putin and Theresa May are all crossing the globe this week for the biggest world powers’ meeting of the year.

The G20 summit will kick off from Thursday night in a moment that is sure to capture the bizarre times in which we live.

The US’s Trump and Russia’s Putin are both pariahs with many of the nations — though in totally different ways, of course.

And Theresa May will be looking for some much-needed solidarity over Brexit.

Here are the dates, timings, and other details you need to know about the big bash.

The G20 — which stands for ‘Group of 20′ – is a gathering of the biggest financial superpowers in the world.

It was formed in 1999 to “broaden” out the G7 and consists of 19 countries, plus the European Union.

It has become the key forum for world leaders to meet, battle each others’ egos and discuss pressing issues of the day.

In 2014 the members represented 85% of the entire world’s economy, two-thirds of its population and 75% of its trade.

The G20 leaders’ summit is held once a year, and this year’s event is happening on Friday 30 November and Saturday 1 December.

What is the agenda and timings?

The event kicks off with a working dinner of finance ministers on the Thursday night.

Leaders will arrive from 1.30pm UK time on Friday, followed by opening remarks by the Argentine President Mauricio Macri at 3.30pm UK time and a “cultural event” with partners at the city’s Colon Theatre.

Working sessions will continue on Saturday until 5.45pm UK time, when Macri will give a press conference followed by other leaders (this likely includes Theresa May).

Leaders’ partners — including of course First Lady Melania Trump — have their own agenda.

They will visit Villa Ocampo, former home of the writer Victoria Ocampo, on Friday morning followed by the Museum of Latin American Art on Saturday morning.

Who are the members of the G20?

What are the key issues on the table?

The summit will be the first time Theresa May has come face to face with Russia’s Vladimir Putin since the nerve agent attack in Salisbury.

The incident killed Dawn Sturgess, a member of the public who came into contact with the Novichok, and sparked an international incident.

Putin is also likely to face pressure over his support for the Syrian regime and aggressive military presence near the Ukraine border.

But much of the focus will be on Donald Trump who dominates international summits through sheer force of personality. 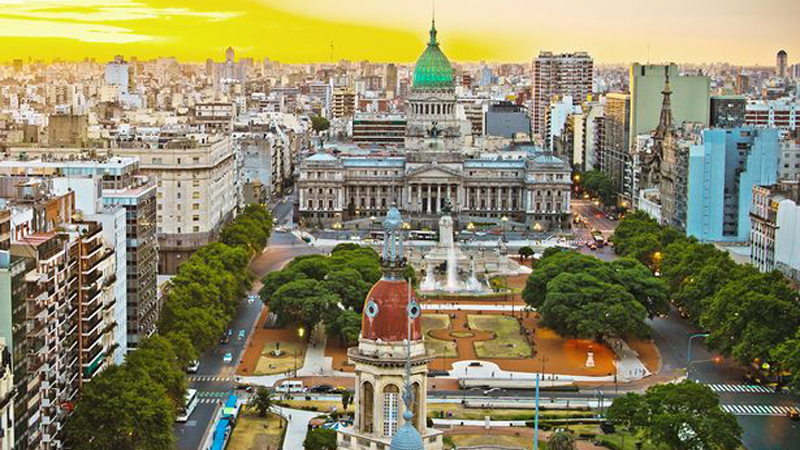 Including chumming up to Vladimir Putin while blasting allies like Emmanuel Macron.

The US President has threatened or launched trade wars against many of the other G20 nations so expect that to be on the agenda.

He could also come under fire for axing the deal that lifted sanctions on Iran in exchange for the nation winding down its nuclear programme.

Last but not least is Brexit. The meeting comes midway through a two-week push by Theresa May for MPs to back her deal before a vote in Parliament.

Expect her to try and get supportive statements from fellow leaders — including Shinzo Abe of Japan, whose name featured on a leaked No10 plan of people who could be rallied behind the deal.