For two years, President Trump has upended expectations for how America acts in the world, picking fights with allies, shredding international agreements, devaluing human rights, cozying up to President Vladimir Putin of Russia and outsourcing much of our Middle East policy to Saudi Arabia. Now he is about to face a Democratic majority in the House.

While Democrats are rightly focused on health care and pocketbook issues, they should also assert themselves on national security. This is particularly important since Mr. Trump, now less capable of pursuing a domestic agenda, is likely to focus on issues where he has greater freedom. A Democratic House cannot take foreign policy in a wholly different direction, but it can put forward an alternative vision while holding this administration accountable for its increasingly reckless actions abroad.

First, Democrats should send a clear message to the world that we stand by our allies and our democratic values. Congress can make its voice heard in reaffirming our alliance commitments, increasing funding for the State Department, pressing the administration to admit more refugees and providing both tangible and moral support for independent civil society and media around the world. Mr. Trump may not see American values as a part of our strength and influence, but Congress should.

This is especially vital at a moment when Russia and China are offering the world an alternative, authoritarian path. In addition to supporting the Russia inquiry being led by Robert Mueller, the special counsel, Democrats should pursue legislation that defends our democracy against foreign meddling, protects our elections and our critical infrastructure against cyberattacks, makes it easier to vote and increases funding for combating state-sponsored disinformation. This is not about politics; it’s about the health and resilience of our democracy, and our capacity to support other beleaguered democracies.

Second, Democrats should challenge the president on his approach to the “forever war.” Despite running on a pledge to withdraw from military conflicts, Mr. Trump has escalated every conflict he inherited — largely behind a cloak of secrecy and without a clear strategy. Congress can insist on greater transparency around American military deployments, forcing the administration to specify which terrorist organizations the United States is at war with and the military objectives. Democrats should also push for a plan that removes our troops from harm’s way in Afghanistan, while insisting that a war against Iran cannot take place without congressional authorization. As Mr. Trump faces political setbacks at home, Democrats must be vigilant in checking military adventurism abroad.

Congress can also work to end United States support for the Saudi-led war in Yemen, which has precipitated the world’s worst humanitarian catastrophe. Rather than fuel the war, we should be driving the parties toward a diplomatic solution and increasing assistance to stem the spread of famine. This is even more pressing in the aftermath of Mr. Trump’s shameful statement on Saudi Arabia last week that signaled that American foreign policy is for sale and that Crown Prince Mohammed bin Salman can act with impunity.

The House should demand all of the information that our intelligence community has developed about this terrible crime, and provide a public accounting of the facts — including when Mr. Trump and his closest aides had information that the crown prince was responsible for the murder of the journalist Jamal Khashoggi. This should inform a broader review of our relationship with Saudi Arabia that looks at possible sanctions, arms sales and all Saudi actions that run counter to American interests.

More broadly, Democrats can signal a shift in priorities. On defense, expensive administration plans to modernize the nuclear arsenal and establish a “space force” should be scrutinized. And while Mr. Trump may have vacated American leadership on climate by leaving the Paris accords, Democrats should fight to restore United States funding to mitigate the effects of a warming planet, including mass migration and armed conflict, while pressing for the planning necessary to deal with those problems as they worsen.

Third, evidence of corruption in the Trump administration demands oversight. Never in our lifetimes has there been such a glaring concern that a president and his associates could be mixing personal financial interests with the nation’s business. We still don’t know the depth of the Trump family’s conflicts in dealings with countries like Saudi Arabia, Russia and China. Why has the administration given a blank check to the Saudi crown prince? What explains Mr. Trump’s genuflecting before Mr. Putin in Helsinki? 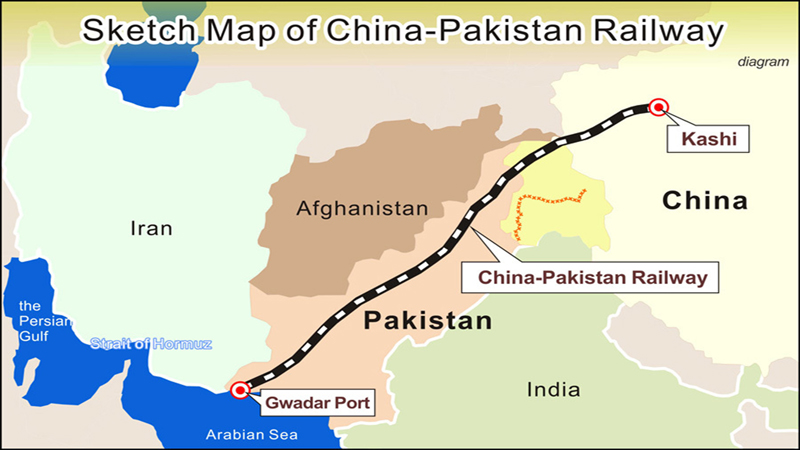 Democrats should use their oversight authority to investigate the possible quid pro quo nature of the Trump administration’s policies. We have seen how foreign governments have been corrupted through the conflation of personal and official agendas. This must not be permitted to happen in the United States. Beyond checking possible malfeasance inside the White House, Democrats in the House can also push back against international corruption and money laundering, including by instituting rules that make it harder to establish anonymous shell companies that hide ill-gotten wealth.

Democrats can also resist Mr. Trump’s conflation of domestic politics and national security, which was on full display when he deployed thousands of troops to the Mexican border to deal with a phantom migrant threat invented to rally his base before the midterm elections. Similarly, Democrats should call out the president when he boasts of negotiating “breakthroughs” with North Korea or China that are intended to improve his political standing without materially advancing the nation’s interests.

Americans sent the world a message on Election Day that they reject the course set by President Trump, and that should begin to fix the extraordinary damage this administration has done to our international standing. Democrats must use their new power in Congress to carry that effort forward.