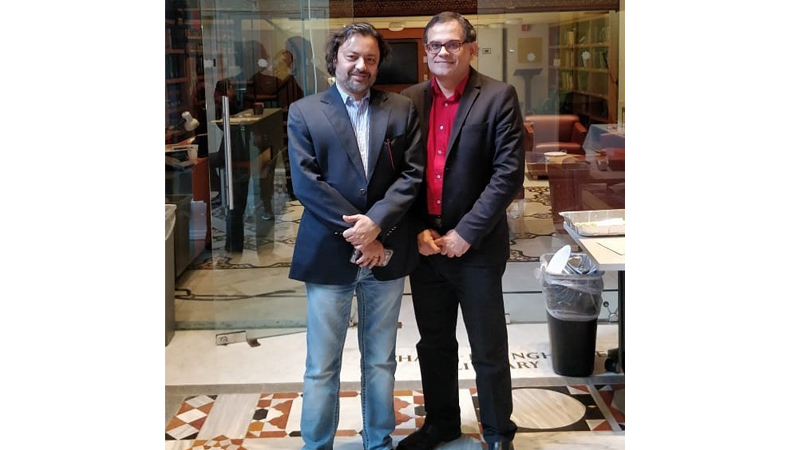 A four-and-a-half-hour drive through a rainbow of fall foliage on a cozily cloudy and drizzly day ended on the New York University (NYU) campus at the intersection of Sullivan Street and Washington Square Street, at the corner of the Hagop Kevorkian Center for Near Eastern Studies. The simple but elegant granite outer shell of the center belied the exquisite interior of marble floors decorated with ornate geometrics patterns, with mosque-themed arches and niches adorning the entrance and adjacent library. It was here that Tahira Naqvi, Senior Language Lecture and Professor of Urdu Language and Literature at NYU, organised the annual NYU Urdu Conference, thematically titled, ‘Lahore-topophilia: Cultural and Literary imprints’.

After a lovely welcome reception, we settled ourselves into the cosy lecture hall in the basement of the building. Dr Azra Raza delivered a beautiful keynote singing praise of Lahore and marking its importance as the literary, cultural, artistic, physical, and spiritual heart of Punjab, and a bastion of history and tradition for South Asia and beyond. Intricately and masterfully connecting Lahore to the abstractions of the human condition through the arts, Dr. Raza expounded the unbreakable link of engaging in the arts, engaging in being truly human, and how it tied all back to the celebration of Urdu as a universe in itself, relevant of course to our context at this conference.

After a decadent lunch that included Pakistani classics foods, biryani, naan, channa chaat, chicken tikka, and gulab jammun, Mr. Anand presented on the journey and the mechanics of translating his late father Yashpal’s work ‘Jhoota Sach,’ translated as ‘This is Not that Dawn’. This massive work details the many nooks-and-crannies of pre-partition and post-partition Lahore through the eyes of a variety of characters. Mr Anand covered the pleasures and pains of translating a seminal work of literature with great eloquence and feeling. His heart-warming talk was accompanied by some nostalgic photos of Yashpal with Faiz Ahmed Faiz and other literary giants.

Day 2 of the event began with a reading of Yashpal’s ‘Jhootha Sach’ by Dr Shabnam Syed Khan. An accomplished academic, she described her emotional journey reading it as a native Lahori, where it evoked feelings of a world so familiar yet never truly her own

Daily Times editor Raza Rumi followed with a talk titled ‘Lahorescape: Navigating Memory and the Future.’ Aptly named, Rumi wonderfully articulate, but appropriately depressing, talk detailed the surreal historical landmarks that pepper Lahore, their cultural and historical significance, and how they are slowly being eroded if not outright destroyed by ignorant policies and political administrations in the name of ‘development and progress’.

The first day was capped off by the indelible Ally Adnan, who gave a wonderfully detailed presentation on the history, theory, and mechanics of ghazal. Adnan did not allow for a single dull moment, keeping the audience engaged for a full three hours at every turn with a beautifully designed deck of slides, an unbelievable breadth and depth of knowledge, and samplings from his personal collections of rare items and recordings relating to all things art and culture. One of the many highlights of his talk was a rare live recording of Noor Jehan performing live for Arab royals, in the presence of Mehdi Hassan, Ghulam Ali, Iqbal Bano, and Fareeda Khan, at the Hotel Intercontinental Lahore in the early nineteen seventies. The talk was long but the audience loved every minute of it and, even at the end of three hours, could have gone on another three hours benefiting from Adnan’s wealth of knowledge. 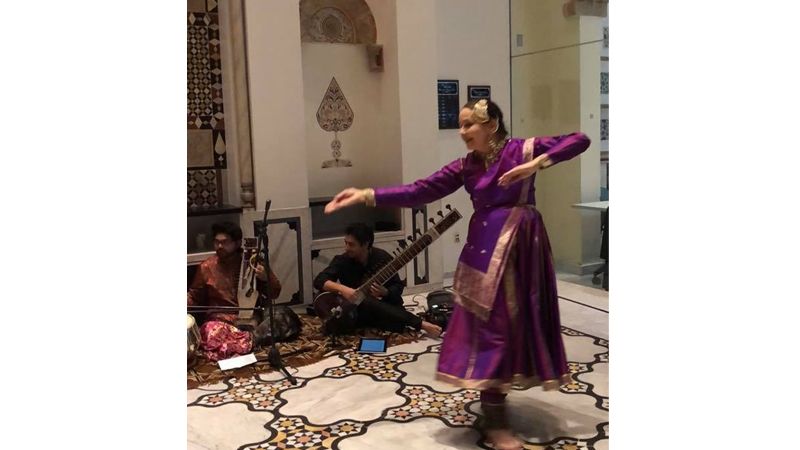 Day two began with a reading of Yashpal’s ‘Jhootha Sach’ by Dr Shabnam Syed Khan. An accomplished academic, she described her emotional journey reading Jhootha Sach as a native Lahori, where it evoked feelings of a world so familiar yet never truly her own. The splendour evoked by pre-partition Lahore is often described with a sense of melancholy by those most intimate with the city, reminiscing of a seeming golden-age that could never truly be achieved again. Indeed, Dr. Khan’s talked was another case detailing this complexity.

Shandana Waheed delivered a talk titled ‘Filmscaping Lahore: From Shahalami Gate to Shalimar Gardens’. Here, she walked us through a visual journey through clips from many different films from a wide range of time periods, detailing how films becoming unexpectedly important archival information detailing their chosen setting, beautifully freezing it in a moment of time to be perpetually enjoyed.

Adnan wowed the audience again, on the second day of the conference, with an incredibly engaging and in-depth lecture on the art and history of Kathak dance, explaining the history of the dance form, the theory of lai (rhythm) and taal ( rhytmic time cycle), the five gharanas of kathak, and the various elements, styles and features of the dance. His presentation allowed the audience to better understand the ensuing performance of kathak by Janaki Patrik’s Kathak Ensemble & Friends. The performance was a wonderful treat demonstrating the power of performance in storytelling, and accompanied by an exquisite trio playing the tabla, sarangi, and sitar. 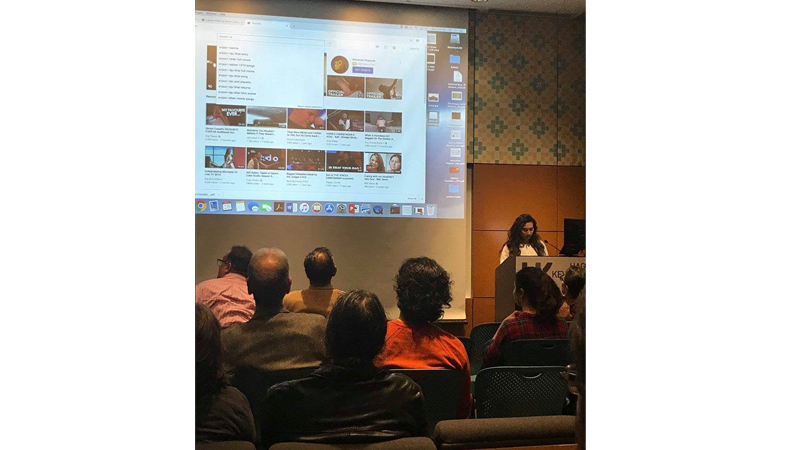 Finally, no Urdu conference could be complete without a classic mushaira, which capped off the second and final day of the conference. Beyond the common theme of Lahore, what perhaps emerged more beautifully was the demonstration of unconditional love manifest at this conference. It should be noted that Azra Raza, M.D. is Professor of Medicine and Director of Myelodisplastic Syndromes Center at Columbia University. Ally Adnan is an accomplished electrical engineer who has headed several business units in a number of multi-national telecommunications firms. People of all ages, fields and persuasions took time out of their busy schedules to come together and, not just celebrate their love for Urdu, but commit to hold onto the best of what tradition, culture, and a sense of home has to offer. In a world where material utility and practicality seem to rule as incentives and directives, prompting sad realities such as born-and-bred young Pakistanis disowning their own culture and heritage, it is imperative to collectively not forget who we are as we continue to move forward. Congratulations to Dr Naqvi and the team that helped organise a truly wonderful conference.

Saaid Haseeb Arshad is a Pakistani-American doctoral candidate in Biomedical Engineering at the Thayer School of Engineering at Dartmouth College, University in Hanover, New Hampshire, USA. He loves all things Pakistani and South Asian, particularly history, culture and classical music. He can be reached at saaidhaseeb@gmail.com