Bailout on the cards as IMF team reaches Islamabad 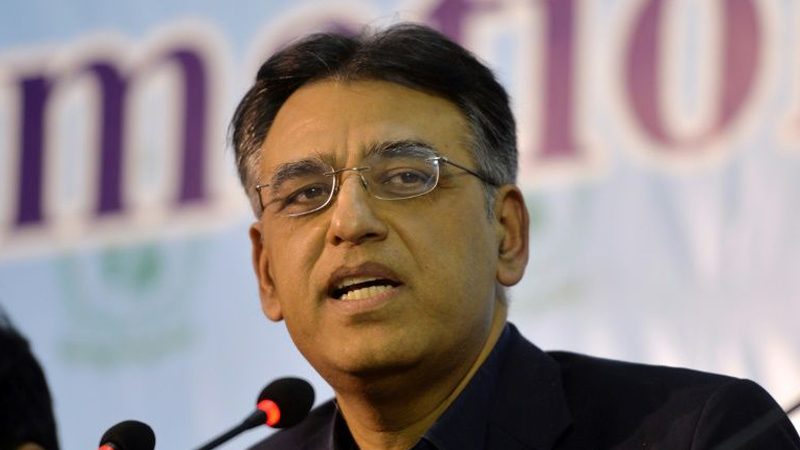 ISLAMABAD: Finance Minister Asad Umer’s bullish comments declaring the end of an economic crisis have bolstered confidence ahead of crunch talks with the International Monetary Fund (IMF), but the country is still likely to need a bailout.

An IMF team arrived in Islamabad on Wednesday for talks on a possible bailout package.

Speaking shortly after Prime Minister Imran Khan returned from Beijing, the finance minister said on Tuesday that assurances from China – combined with a pledge made by Saudi Arabia last month – meant that Pakistan’s immediate fiscal woes were ‘over’.

Khan secured $6 billion in assistance from Riyadh while Beijing promised help to cover a projected $12 billion shortfall in foreign exchange to service the external debt. The central bank chief is due to travel to China on Friday to discuss details of what Umar described as a pledge of ‘immediate money’.

Analysts say the cash will give the economy breathing space and stabilize the rupee, which has fallen 25 percent against the US dollar since December, but it will not solve Pakistan’s balance of payments crisis and avert a second IMF bailout request since 2013, and its 13th IMF rescue since late the 1980s.

“They are going to the IMF because they have to get credit rating approval from the financial markets and that would not happen on the Saudi or Chinese money,” Asad Sayeed, an economist at the Collective for Social Science Research, said. The officials are concerned that tough IMF conditions would hit growth in the short term, as the Fund is likely to push for reduced spending, further currency devaluations and an increase in interest rates, preventing Khan from fulfilling populist campaign pledges.

But the Saudi and Chinese help could put the government in a stronger position to negotiate better terms with the IMF, Saad Hashemy, chief economist for local brokerage Topline Securities, said. “The statement by the finance minister is a big confidence booster for the economy,” he said. “What it falls short of is the exact details of the funding from the Chinese side,” he added, speculating China may opt to defer payments on existing loans and buy more imports.

Chinese Foreign Ministry Spokeswoman Hua Chunying told a daily news briefing Beijing was “willing, in accordance with Pakistan’s needs and with agreement by both sides, to provide what help we can for Pakistan’s economic and social development.”

Pakistani shares soared more than 3 per cent on the news of the Saudi loans, and were up another 1.5 per cent on Wednesday following Umar’s comments.

Pakistan’s current account deficit widened 43 per cent to $18 billion in the fiscal year that ended in June, while the fiscal deficit has ballooned to 6.6 per cent of gross domestic product, problems analysts say will not go away following the latest injection of economic assistance. “There are very deep-seated structural problems,” Sayeed warned. “If you just sit back … and carry on as you always do, that’s not good because you’re going to land up precisely in a similar situation in a few years.”