He was addressing his first press conference at ISPR after assuming the charge of the ISPR DG.

Sending a clear message to India, he said whether it is cold start or any other doctrine, Pakistan is ready to respond with full strength.

Major General Asif Ghafoor said the successes of army and other law enforcers in the war on terror has made Pakistan safer than 2008.

To a question about the JuD chief’s house arrest, he said that the state took this policy decision in national interest. He denied any foreign pressure behind the move.

About the disappearance of several social media activists, he categorically denied the army’s involvement and said the interior minister had already spoken on the issue.

Pakistan Army is the world’s only force that is, successfully, fighting on two fronts, he said.

On Eastern side, Pakistan Army is facing the Indian aggression on the Line of Control and the Working Boundary.

He said the country is being defended on both the fronts, successfully. India’s such attempts are focused on diverting Pakistan’s attention from fight against terrorism.

He said that the Pakistan Army under an elaborate plan, started the operation from Bajaur, in order to eliminate terrorists without discrimination. This operation was extended to other Agencies like Mohmand, Swat, South Waziristan, Khyber, Kurram and Orakzai.

Speaking about the ongoing situation with India, Ghafoor said, “We don’t want war with anyone. War is not a solution to anything. We want the Kashmir issue to be resolved under United Nations resolutions and dialogue, but this desire for peace should not be misconstrued as a weakness. We are fully ready to response any misadventure.”

He said that there have been 945 ceasefire violations across the Line of Control and the Working Boundary over the past three years.

“In the last four months alone, there have been 314 violations, due to which 46 Pakistani citizens embraced shahadat while 40 Indian soldiers have been killed,” Ghafoor said.

He said that normalcy at the border has returned only after a befitting response to the ceasefire violations.

“India is doing all this according to a preempted plan. It is trying to divert the world’s attention away from atrocities in Indian-held Kashmir. India’s ‘surgical strike’ was one episode of this drama,” he said.

The ISPR DG said the Indian Army chief recently gave a statement about the cold-start doctrine. The major general added Pakistan had apprehensions it is working on developing these capabilities. “We want peaceful resolution of issues, but will not compromise on our dignity and respect. Pakistan will take steps to strengthen its defence,” he cleared.

“We have sacrificed the blood of over 70,000 people out of which 21,839 were shaheed while over 49,000 were injured. Peace doesn’t come over night. Wherever there is a need for an operation, the armed forces with respect to security advise the state and then the state will decide where they will be carried out,” he said.

“Where necessary, the armed forces and intelligence agencies have conducted intelligence-based operations and combing operations – even in Punjab. All terrorist hideouts in the Federally Administered Tribal Areas have been eliminated. [Terrorists] were either killed, or they fled towards the Afghan border, where the absence of the military allowed them to hideout,” Ghafoor said.

“When [operation] Zarb-e-Azb began, our tribal brothers left their homes. 84 percent have returned, and the rest will be repatriated soon. There have been a total of 26,000 IBOs and combing operations as well in Pakistan,” he concluded. 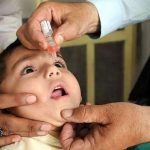 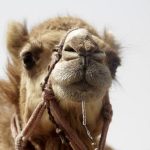