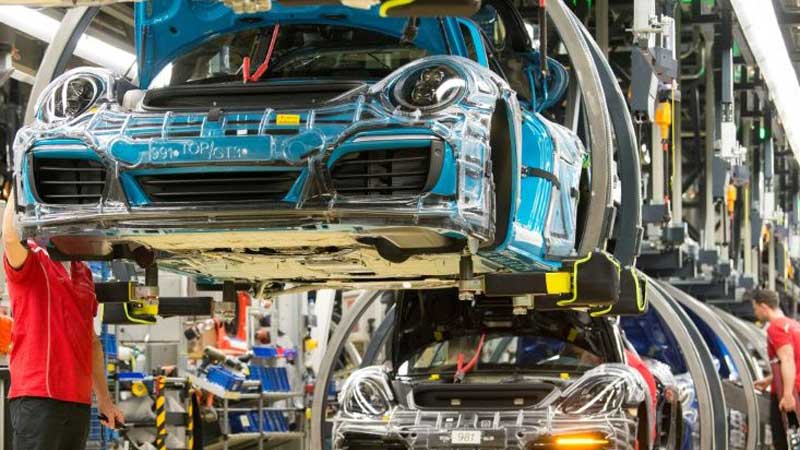 With just under six months until Brexit day, German business is losing patience with negotiations ahead of a vital deadline, warning ever more stridently of the risks of a no-deal departure.

“Europe must stop a worst-case Brexit scenario,” Joachim Lang, director of the Federation of German Industry (BDI) said Tuesday, warning that “a separation of the UK from the EU without a departure or transitional agreement or clarification of the future relationship is still a possibility.” At stake for Germany are some 50,000 jobs the BDI says depend directly on business with the UK.

In financial terms, Europe’s largest economy sold 84.4 billion euros ($97.4 billion) of exports to Britain in 2017, making the island nation its fifth-biggest customer, while importing 37.1 billion. The scale means a no-deal Brexit would be “a disaster that would cause great difficulties for tens of thousands of firms and hundreds of thousands of workers on both sides of the English Channel,” Lang said.

Current talks aim to settle Britain’s divorce issues and agree a “transition phase” to ease its departure by keeping it under EU law through 2020.

But while much is already agreed, negotiations have snagged on thorny issues like the Irish border that allow for little compromise and divide British PM Theresa May’s majority.

An EU leaders’ summit this week has been dubbed a “moment of truth”, as two sets of lawmakers — in Westminster and the European Parliament — must both green-light any deal and will need time to debate it before Brexit day on March 29.

Adding to the pressure, the European Commission said last week it was making plans to cope with a no-deal scenario.

‘Will Brits be reasonable?’

Businesses on the front line of potential Brexit disruption mostly strike a less alarmist tone than the BDI chief.

“If Britain becomes a ‘third country’ (losing membership of the EU’s single market) it’s not a problem, we already work with 50 third countries,” said Samia Zimmerling, head of export administration at Delta Pronatura — a cleaning products maker with operations in both Germany and the UK.

But she lamented the drawn-out talks, which are delaying concrete adjustments companies must make to any new trade arrangements, like updating complex IT systems.

“We’re waiting every day,” she said. “We don’t have any faith in the British (government), they’re just indecisive.”