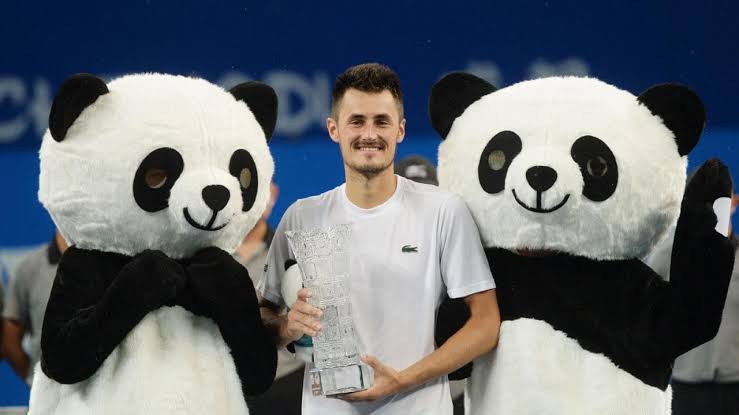 Bernard Tomic — currently ranked 123rd in the world and former top 20 player — won the Chendgu title to end his three-year title drought on Sunday, beating Fognini, the top seed, 6-1, 3-6 And 7-6( 9-7) in a nail-bitting contest.

Coming into this match, Tomic hadn’t played any player ranked as high as the Italian No.1 Fognini in almost an year — let alone winning a match against one.

Tomic entered the tournament’s main draw after getting through his tightly contested qualifying rounds.

The oft-maligned Australian had to dig deep against Fognini, saving four match points to seal the victory in a closely contested final.  He fired 12 aces and won 70 percent of the points on his 1st serve to win his first title since 2015. He denied Fognini the opportunity to become the first Italian player to win four singles titles in the same season.

Fognini struggled in the opening set of the match; however, he settled into his stride in the second set, forcing the match into a deciding set.

Both players exchanged breaks of serve in the third set before Tomic broke the 2nd time to take a 3-1 lead. Fognini, the fighter he is, rallied back to level this match at 3-3 prior forcing it into a tie-breaker.

The Italian broke twice and consolidated his lead to 5-2, which looked it an unassailable lead, before made an incredible come back to seal the victory — saving four match points in the process.

After winning this title, Bernard is expected to rise to around 76th in the world, this will help secure an automatic entry to the next years Australian open based on his ranking, a tournament he failed to qualify for in 2018.