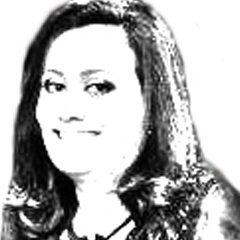 If 24 years are all one has, what's the best way to spend them?

Wednesday morning dawned at Aitchison College like most schooldays. Boys scurrying in, mothers dragging school bags and helping their sons along, fathers yawning while on duty for the morning horse-riding classes. Once the boys had been dropped off at the barrier, badges pinned, hair frantically combed one last time, a hush began creeping up amongst the parents. Mothers gathered in groups and some were teary eyed. Fathers shook their heads and looked stressed as they headed out. One name was repeated again and again: Ahmed Shujaan.

Most parents weren’t familiar with this name. The boy had passed out of Aitchison College in 2014. Yet as news began to spread about Ahmed Shujaan, his name gained increased reverence and respect. Shujaan’s death in the late hours of Tuesday shed the spotlight of the entire city, possibly country, on a boy who had been deeply cherished.

Head boy of Aitchison College. Captain of the College Cricket Team. A member of Pakistan’s National Debating Team. An orator who left a lasting impression. A leader who inspired so many juniors that many refer to him as a role model. A student who had received 16 to 17As that we have to come expect from top graduates in O Levels.

He was a dream kid. The kind of boy mothers like myself visualize when praying for the success of our sons at Aitchison College. The kind of boy any mother would be grateful for every day of her life.

Ahmed Shujaan graduated from Harvard University this June and adoringly wore an achkan at the convocation. He was apparently planning to prepare for his CSS Exams and had just returned from dropping off his younger brother at Stanford University for his first semester.

He went to his room to get a book. A few hours later his parents found him fast asleep in his bed. It was a sleep he wasn’t destined to awaken from.

Ahmed Shujaan’s life reads like the story of an ideal student. Focused. Determined. Hard working. Shujaan began receiving awards at K2 level and kept his winning streak alive. But now when one listens to his life story, I find myself wondering when did he play? When did he waste time? Did he have time for playdates when he was younger? Did he make plans for outings when he was older? Did he know how to dance with abandon? Sing with freedom? I don’t know the answers to these questions but his CV reveals that he probably didn’t. His life story doesn’t read like that of a child who wasted time.

After his death, a telling picture circulated on the internet. A wooden cupboard with glass fronted doors was stuffed with awards and certificates. The cupboard seemed dusty and unused, except as a receptacle for this child’s accolades.

If 24 years are all that Ahmed Shujaan had on this earth, wouldn’t he have wanted to take time off for trips with friends? Or bunked classes at school for an excursion? Smelt the flowers? Sang made-up songs? Made a fool of himself in public? If 24 years are all he had, wouldn’t he have rather spent this time with his parents and siblings? If 24 years were all he had, would spending time with people be preferable to spending time with books?

When the average life expectancy in Pakistan has dropped to 48 years with stress as the main contributing factor, is it worthwhile to compel our kids to compete and pass exams from grade 2 till A levels? Instead of judging our kids on how mentally fit they are and teaching them how to cope with life, we force them to rote learning and how to pass exams. Most kids have no time to be kids. Few children have any free moments to play and frolic. If it isn’t grades we are after, it’s sporting accolades. If it isn’t medals in athletics, it’s selections in debates.

I don’t know what caused Ahmed Shujaan to die. Heart attack? Genetics? Brain hemorrhage? But young deaths like his force us to pause and think: if 24 years are all one has, what’s the best way to spend them?

My life story in school would read like that of Ahmed Shujaan. Head Girl of Convent. Head Girl of LGS. Winning so many awards that the school was at a loss as to what should be the maximum one student should be allowed to have. In grade 6, I had a daily planner and squeezed more into a week than other students did in a month.

The only difference between Ahmed Shujaan and me is that he had 24 years to live, and I seem to have more.

And that I have the opportunity to pen my thoughts about whether letting ambition overtake a life is worth it! Ahmed Shujaan sadly doesn’t have this opportunity.

Pakistan lost a future star! Maybe the brightest of them all. At the very least his death should spark conversations about the kind of childhood we can offer our kids.

Ahmed Shujaan’s death also gives us reason to pause and ponder. It brings to mind the numerous young deaths we have been hearing about recently: car accidents, cardiac arrests, drug abuse, gun shots and more. This Independence Day in Karachi, a 10-year-old girl lost her life to a bullet fired by a police officer. An 18-year old girl aspirated her vomit and went into a coma. A 20 year old went into a coma, developed septic shock and died. We can’t rationalise or understand death. But these deaths should matter enough for us that we keep the conversation going till action can be taken. Gun laws? Road safety regulations? Drug abuse amongst the youth? Hotlines for depressed kids?

How can we as Pakistanis stand by and watch our best and brightest leave us one by one? How can these tragedies not matter to us more than a day?

Let Ahmed Shujaan’s last gift to us be awakening within us a call to action. Every death should matter. Let’s make his death matter.

A journalist and writer based in Islamabad. She has previously worked for the national in Abu Dhabi: time.com and the daily times. She tweets @talkatease (twitter.com/talkatease)