Trifurcation of Kashmir and the hell that will break loose 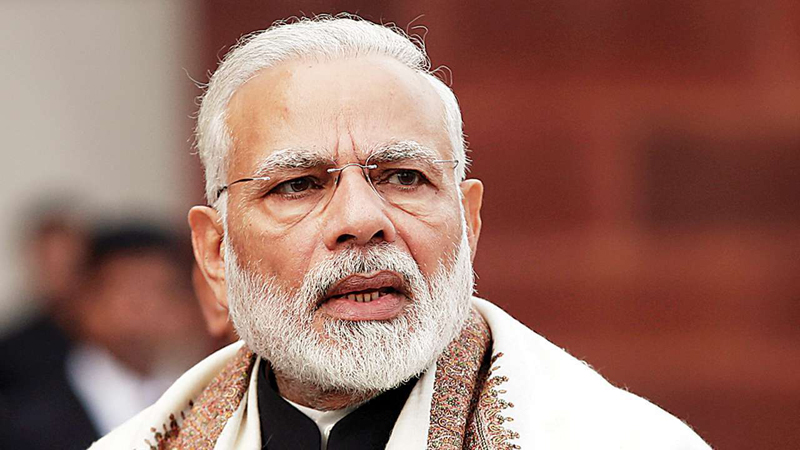 Indian Prime Minister Narendra Modi is a descendant of pre-partition Rashtriya Swayamsevak Sangh (RSS) politics, displayed on the streets of Lahore in December 1931 in the form of a march against the Muslims of Kashmir and in favour of the Hindu Maharaja. The march was a shocking disrespect to the memory of Kashmiris martyred by Maharaja’s forces outside the Central Jail of Srinagar July 13, 1931.

The recent press reports about the Modi government considering the trifurcation of Kashmir come as no surprise. The Bharatia Janata Party (BJP) government is overburdened by anti-Muslim elements and advisors who have Kashmiri blood on their hands.

In February 1957, India had said at the UN Security Council that ‘the changing of either the status jure or anything else [in Kashmir] was wrong in so far as the Constituent Assembly was concerned — which we deny, here is a major sin’. If in 2018, India decides to commit this sin, then it should know that the act will break all hell loose. The current standstill owes to inaction on the UN resolutions, but the issue still includes multiple parties: the Government of Pakistan, insurgents, tribesmen, inhabitants of Jammu and Kashmir, and the outside world as identified by Great Britain at the 241st meeting of UN Security Council on February 5, 1948.

The proverbial hell that may break loose because of Indian actions will feature the response of the discipled Azad Kashmir Forces, identified by India itself at the 767th meeting of the UN Security Council on February 8, 1957. In para 160, Government of India has bemoaned: “First of all, as I said, the cease-fire agreement was violated by the accumulation of arms and the training, at that time, of thirty-five battalions, now forty-five battalions, of the ‘Azad’ Kashmir Force, which is not a toy army, but which is as good as the Pakistan Army. Its personnel came out of the former British-Indian Army which acquitted itself with great valour in North Africa, in Italy and in various other parts during the war. This force consists in the main of ex-servicemen and their descendants. In addition, there are large numbers of irregulars trained in guerrilla warfare, with about 600 or so in training at one time, and after training they are thrown back into the community.”

The Modi government should realise that it is not 1957, and Azad Kashmir Forces have further grown from fifty-five battalions, and there is an armed youth with guns lifted on their shoulders. It would be legitimate for the Azad Kashmir Forces and Kashmiris in Pakistan army to seek release, and every Kashmiri living in any part of the world to use the international guarantee to undo Indian occupation, through the use of force. Subsequently, Indian interests in the region and around the world will be exposed to a challenge of all manner.

Even the Kashmiri government backed by New Delhi elected in 1996, through its Autonomy Report, has held that accession with India is provisional and limited to three subjects and State is not merged into the Union of India. The State has its own separate Constitution and Criminal Procedure Code.

India-Pakistan Relations and the Scope for Bilateralism, hinges on the short-listing of the grievances of the people of Jammu and Kashmir. The poise of grievances in the beginning has to be separate and the same could be developed into a collective commonality. India and Pakistan, in view of the broad and rich spread of 71-year-old jurisprudence of bilateralism, committed in reference to UN Charter, shall have to focus on all political disputes that threaten peace. India and Pakistan shall have to improve relations and begin talking sooner rather later. The regime of bilateralism between India and Pakistan, would work, if they flag the fact that the people of Jammu and Kashmir are neither an adjunct nor an adjective – but a ‘principal essential’, on their own and in India-Pakistan relations. The door of bilateralism should be kept wide ajar, for a conclusive success of the regime of bilateralism, and at the same time they shall have to remain consistent with the principles of UN Charter.