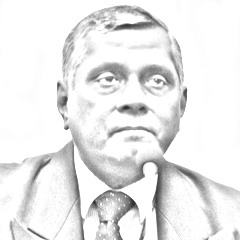 Can just one meeting cause a paradigm shift in civil-military relations in Pakistan? Will the military be subservient to the civilian government? Will it cease its age-old interventionism? These are questions which have been raised since the Prime Minister (PM), his Ministers of Foreign Affairs, Defence, Finance, Interior and Information visited the General Headquarters (GHQ) Rawalpindi on August 30.

This meeting lasted for more than six hours, and was termed historic. Never before in the recent history of Pakistan has any PM spent so much time discussing matters related to internal and external security with the top army brass. Although, the top leadership of the Navy and Air Force was not present, the level of confidence expressed by the military high command in the new government was unprecedented.

Since the inception of Pakistan, the Army has enjoyed clout in domestic affairs unlike the Navy and Air Force. Most of the Chairmen, Joint Chiefs of Staff Committee are from the Army. Therefore, the military’s high command is not primarily from Navy and Air Force but from the Army as the Army Chief and Corp commanders are considered the real source of power. It is on this account that when the PM visited GHQ, he was briefed not just by the Army chief but also by the Army’s top brass.

Given the age-old rocky relationship between the Army and various civilian governments – particularly those led by PML-N Quaid Nawaz Sharif – it is too early to pass a judgment that all will be well between the two centres of power. The paradigm shift in the civil-military relationship will take place only when the civilian leadership on account of its performance, capability and capacity will be able to assert its position to an extent that Army’s top brass — including its huge security establishment – will be subservient to the policies framed by the parliament and implemented by the government. That the role of National Security Committee (NSC) will be to act as a bridge between the Army and the civilian leadership.

Four realities must be taken into account while analysing any paradigm shift in civil-military relations. First, the perception and to some extent reality that the Army has taken advantage of the fragility of political parties and the failure and their leadership to deliver since the country was founded. If out of 73 years of Pakistan’s history, the Army has directly and indirectly ruled for 35 years, it is primarily because of the non-professional and corrupt behaviour of civilian governments. Our political parties failed because they became infected with the country’s feudal and tribal culture, which sustained economic and social backwardness. Second, the perception that the Army and to some extent the Navy and Air Force deviated from their professional duties and meddled in political matters by overthrowing civilian governments or influencing the political-electoral process is not far from reality. Had this not been the case, political governments would have been allowed to function without any fear, pressures or coercion. A lot of research which has been done in Pakistan and in foreign research centres and universities about civil-military relations pointed out numerous direct and indirect intervention by the Pakistan Army in civil matters.

Pakistan’s history is replete with examples of political parties and their leaders, who on account of their fragility and insecurity, approached the military for intervention. When politicians have not been able to put their own house in order, how can one expect the most powerful institution in the country to remain indifferent or not be ambitious?

Furthermore, the perception that there are certain ‘no go areas’ in Pakistan’s foreign policy and national security matters where the civilian government has no writ also isn’t exactly false. It remains to be seen if the new government will refuse to take dictation on areas which in the past were exclusively the military establishment’s domain. Third, in the GHQ meeting and briefing, the participants were also briefed about internal security issues like Balochistan, Karachi, security situation in tribal areas and operations to eliminate those groups who intend to destabilise some of the regions of Pakistan with external backing. Army’s top brass along with Navy and Air Force is aware of the fact that unlike the past Prime Ministers, the current head of the government has an independent mind and will not take dictation. His patriotism should not be taken for granted by bypassing him in the decision-making process on vital national security matters. This is the formative phase of the PTI led government and if they are able to strengthen their position domestically and in the realm of foreign policy, the situation may not be the same as it is now. Finally, there will be no paradigm shift in civil-military relations unless both the pillars of power are able to get over decades of mistrust, suspicion and insecurities. An insecure civilian government is bound to be dependent on the Army and an insecure Army leadership will not allow civilian authority to properly function.

Pakistan’s history is replete with examples of political parties and their leaders, who on account of their fragility and insecurity, approached the military for intervention. When politicians have not been able to put their own house in order how can one expect the most powerful institution in the country to remain indifferent or not be ambitious? If the PM and his team draw conclusions from the Army’s favourable attitude for them, they are wrong because history proves that no political party, while in power or in opposition, can succeed unless it has the confidence of its people.

All in all, Pakistan will be better off if all the institutions work according to their mandate. If the Army has learned from its past political debacles and if the political parties, whether in the government or in the opposition, behave in a mature and responsible manner, one can expect a smooth civil-military relationship in the days to come.

The writer is Meritorious Professor of International Relations at the University of Karachi and can be reached at: amoonis@hotmail.com