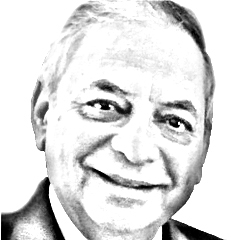 Are dual nationalities really that bad?

In 1972, Dr Mohammad Yousaf — a mathematician of worldwide repute — who taught in Sudbury University in Ontario, Canada was contacted by the Pakistani embassy and was persuaded by them to return to Pakistan and serve in a scientific development project of a sensitive nature. This happened through a “talent finding” pool set up by Zulfikar Ali Bhutto as one of his earliest orders as the President of Pakistan. Embassies across the world were asked to search for, find and approach Pakistanis in various professional fields in order to persuade them to work for the country. Top class salaries and perks were offered to make the offers more tempting.

Dr Yousaf’s life was tragically cut short in a road traffic accident in Canada several years later, but the episode of him being called back to Pakistan as matter of state policy still reverberates in my mind today.

In many ways, Prime Minister (PM) Imran Khan is emerging as a leader very similar to Bhutto. A whirlwind election campaign resulting in less than an outright parliamentary majority, facing up to a country’s broken institutions, empty coffers — the fusing of Islam and Socialism — an unconventional style of governance and, of course, this call-out to overseas Pakistanis. It all resonates strongly with the Bhutto era.

As overseas Pakistanis became more and more involved in Pakistani politics after this original plan to reverse the brain drain, overseas chapters of political parties started to spring up and a new form of active politics began on various international shores. When I was elected as an MPA, I was the first to do so after refusing to accept British nationality, so I could remain eligible as a lawmaker.

Article 63 restricts entry of dual nationals into the Parliament and provincial assemblies. The sub article states: he ceases to be a citizen of Pakistan, or acquires the citizenship of a foreign state.

The requirement of being a Pakistani citizen is completely understandable. However, many of the most talented Pakistanis have dual nationalities. Thus many individuals with great potential and good intentions are unable to contribute towards nation building.

A substantial number of overseas Pakistanis go abroad for studies or professional pursuits. The length of their stay and necessary travel requirements in foreign countries sometimes necessitates naturalisation. For some, it can be merely registery as an incidental aspect that relates to the length of their stay and their vocational pursuits abroad. The fact is, this is not a sin, as evidenced through eighteen bilateral Dual Nationality Agreements that Pakistan has with foreign countries.

Our political parties who, incidentally get vast support from overseas Pakistanis should utilise their potential in helping build a modern Pakistan — perhaps reflecting the attitude that Israel has shown towards Jewish people living around the world

If Imran Khan is to utilise the expertise and experience of some of the world’s most renowned Pakistanis currently enriching their resident foreign states in the fields of medicine, scientific research, space technology, economics and local governance, he has to seriously consider seeking the cooperation of all political parties towards amending the Constitution so that dual nationals are no longer barred from seeking electoral tickets. No other act of parliament known to me bars dual nationals from working in the government. Paradoxically, local body elections and becoming the mayor of a metropolis is not considered a problem. This is a bizarre state of affairs!

In the UK there is a requirement to be a British citizen for contesting elections to the Parliament, but a Commonwealth citizen or an EU citizen may also contest the elections. Why is allegiance to the country of their origin not a problem for the Queen?

Currently, there sits a member of the House of Lords who is a Canadian. The present Governor of the Bank of England, Mark Carney is a Canadian national. Numerous dual nationals of Pakistan are Members of the House of Commons and the House of Lords. Though it is not a norm and each country is within its rights to require whatever it wants from contestants in the elections to the parliament, in Pakistan however “Dual Nationality” has become a four-letter word.

It all started with former Chief Justice of Pakistan (CJP) Iftikhar Muhammad Chaudhry, who attacked Dr Tahir ul Qadri’s Canadian nationality so vociferously that the judge even questioned his loyalty to Pakistan. In the same vein, Chaudhry went on to question his status as a petitioner before the courts. This move sent shivers down the spines of many overseas Pakistanis. Even CJP Saqib Nisar, despite his efforts to deliver complete justice in Pakistan (as provided for by the constitution) made adverse observations about dual nationals. Lest we forget, the Supreme Court can neither write laws nor amend the constitution, but merely interpret the legal regime of any matter before them. The courts have begun to give the impression that entering into an oath of allegiance with a foreign state casts a shadow on ones loyalty to Pakistan. This, with respect, is a flawed premise as no value judgment has been written on the issue of allegiance and Pakistani babies born in foreign countries who obtain foreign passports as citizens, have never been required to gurgle out an oath of allegiance. So, the question of divided loyalty doesn’t hold ground. Generations of such babies are now eligible candidates.

It’s a funny thought! Imagine asking Shahid Khan of Flex-N-Gate, Sir Anwer Pervez of Bestways or Hiba Rahmani of NASA, just to name a few, to give up their foreign nationalities and help Pakistan by joining the government after an election to the parliament.

Our political parties who, incidentally get vast support from overseas Pakistanis should utilise their potential in helping build a modern Pakistan — perhaps reflecting the attitude that Israel has shown towards Jewish people living around the world in the seventy years since its creation.

The author is a former Senator and practicing lawyer. E-mail: atiftikharahmad@hotmail.com