Will forge unity among provinces as president: Dr Arif Alvi 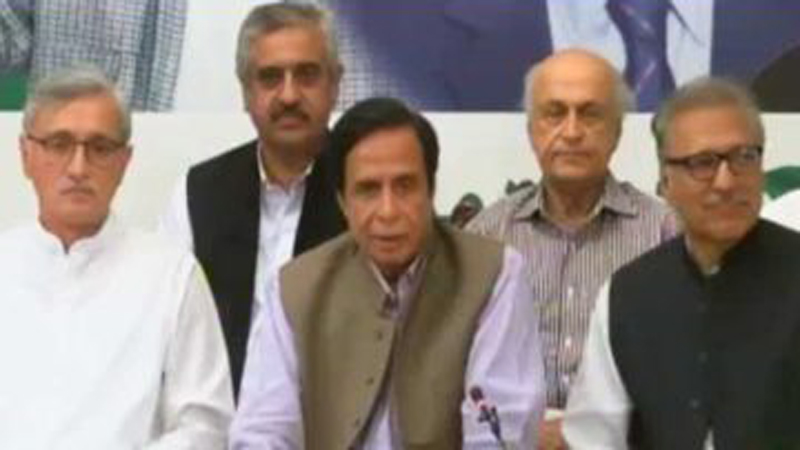 LAHORE: Pakistan Tehreek-e-Insaf (PTI) presidential nominee Dr Arif Alvi Saturday said that he would try to foster unity among all federating units if elected the president of Pakistan.

“I will try to create unity and harmony among all federating units of the country,” Alvi said while talking to reporters after he called on the PML-Q leadership at the residence of Punjab Assembly Speaker Chaudhry Pervaiz Elahi to seek the support of the PML-Q in presidential poll.

Speaking on the occasion, Pervaiz Elahi assured Alvi of full support and said that he would win the election with a huge margin. “I have also received a phone call from Maulana Fazlur Rehman, another candidate for the top slot, but we will support the PTI candidate as we are an ally of Imran Khan,” Elahi said.

In his remarks, Planning and Development Minister Khurso Bakhtiar hoped that Alvi would win from all federating units with a big margin unlike the previous elections wherein the president had the majority only in Punjab.

Referring to the Janobi Punjab Soba Mahaz, the minister said that Prime Minister Imran Khan had formed a committee in this regard and added that the government would also consult other federating units for the purpose.

Later, Alvi laid a wreath at the shrine of Sufi saint Hazrat Data Ganj Bakhsh (RA) along with Sindh Governor Imran Ismail in the evening.

On Friday, PTI’s nominee for Punjab governor Chaudhry Sarwar gave a reception in the honour of Alvi in which all PTI MPAs were introduced to Alvi.

Polling for the presidential election will be held on September 4. The president is elected by an electoral college comprising members of the Senate, National Assembly and the four provincial assemblies. Voting is held through a secret ballot.