How gratifying it must be, seeing your victim not retaliating or complaining to your act of subjugation. Such
is the tale of animals in our society who are murdered, assaulted and tortured for umpteenth times and ways 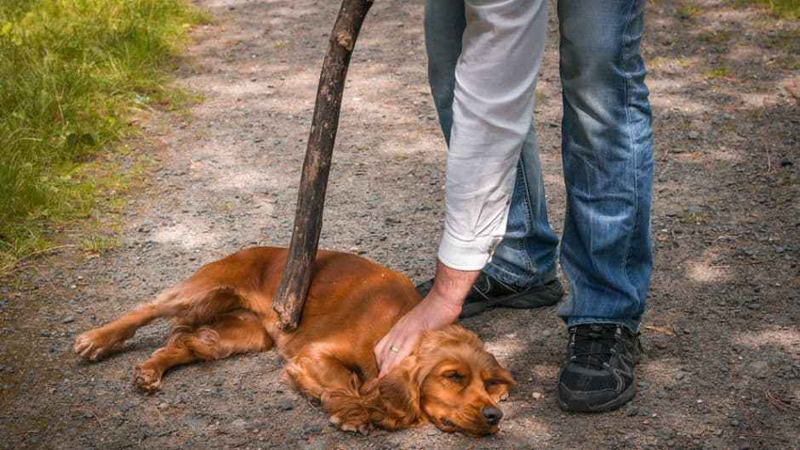 Words have the power to do wonders when are uttered. Unfortunately, the ones who fail to articulate their plight are treated awfully in our society. How gratifying it must be, seeing your victim not retaliating or complaining to your act of subjugation. Such is the tale of animals in our society who are murdered, assaulted and tortured for umpteenth times and ways. The only headlines we hear of them is either of death like Suzi, or of an endangered specie who needs attention and care. Yet is given none.

Blaming Britishers for leaving the colonial mindset seems a fair deal but one cannot overlook the laudable law which they left for the safety of animals. It is exhilarating to see that they left us with “Prevention of Cruelty to Animal Act”, which was formulated in 1890 and has not been updated since then. We are good at carrying on contemptuous legacies nonetheless we feel shame in brooding the appreciable deeds. Often, on roads, we witness such tongay walas who overly burden their poor horse or donkey, with the weight and crush them beneath without showing any mercy. Yet they keep on doing so, round the clock for 365 days because they know, the victim won’t complain, it won’t raise its voice; instead it will keep serving the mighty because he is bound to be servile. The animals can be oblivious of their rights. But what about us?

Blaming Britishers for leaving the colonial mindset seems a fair deal but one cannot overlook the laudable law which they left for the safety of animals. It is exhilarating to see that they left us with “Prevention of Cruelty to Animal Act”, which was formulated in 1890

It is said Prophet Muhammad (PBUH) once passed by a camel that was so emaciated its back had almost reached its stomach. He said, “Fear Allah in these beasts who cannot speak.”

If you ever happen to search animal abuse on Google, instantly, you’ll come across several articles which will give you goosebumps for all the facts and figures they cage inside are horrendous! Woefully, human despite being superior (Ashrafaul Makhlooqaat) is worst of all creatures. The very idea of Human speciesism, the exclusion of all nonhuman animals from the protections afforded to humans, has focused on mankind’s discrimination of all animals on the assumption that we are somehow superior to them. This very idea of Anthropocentrism is what makes us ruthless towards animal rights, as man superior to all is greater than being humanly humane with other creatures.

Some might be tempted to argue that animals and all other things in universe were made for the mankind hence one should acknowledge its superiority. True, but interestingly, Islamic literature itself equates human rights with animal rights, stating:

To further narrow it down, one of the researchers states that, if we come across the videos on internet in which animals are brutally tortured and murdered, it can be observed that the oppressor mostly is the male member of the society. Professor Hal Herzog said that regardless being the most enthusiastic pet owners, men can also be the worst animal abusers.

Our body chemistry plays a crucial role in other ways, he says. While tests show men with high testosterone levels are more prone to mistreating their dogs, the effect of a hormone called oxytocin has the opposite effect. This is a chemical that switches on maternal instincts, and some experts believe pets are major producers of the hormone.

Some might disagree with the aforementioned hypothesis as it is hard to provide the statistics without any tangible study yet it gives us a food for thought; regardless of gender divide till when we’ll keep treating animals as victims to our emotional, sexual and mental crisis. 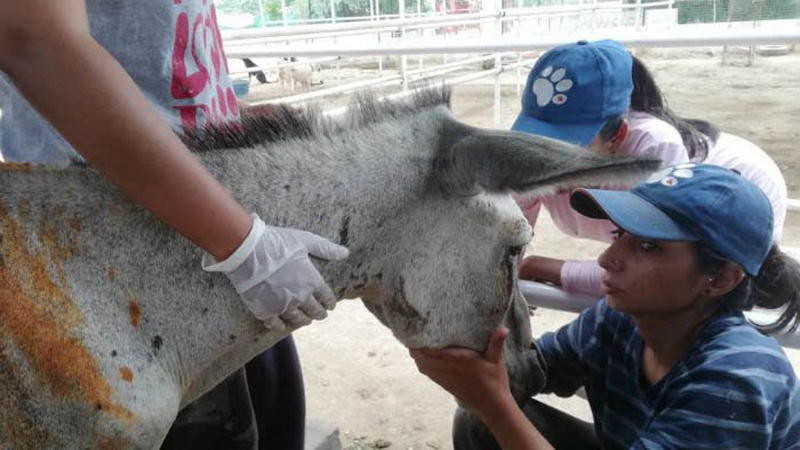 Unfortunately, there is no fringe to animal abuse, it can be gross to any extent and that is what makes it grisly! An act that should be lambasted at the drop of a hat!

Although University of Veterinary and Animal Sciences has a functional society for Prevention of Cruelty on Animals yet we need to establish its updated/improvised version so that it can vigilantly work on providing care and protection to animals who cannot otherwise select a representative to voice their chronicle! Salute to all the animal relief NGOs which are taking self initiatives in providing shelter and love to abandoned & injured animals!

The Companions said,”O Allah’s Messenger! Is there a reward for us in serving the animals?” He replied: “There is a reward for serving any living being.” (Bukhari)

It is rightly said that, “There is a reason you take your kids to pick apples in fields, but don’t take them to slaughterhouse.”

So let’s be kind to every kind! Let’s rescue the mistreated, save the injured, love the abandoned!