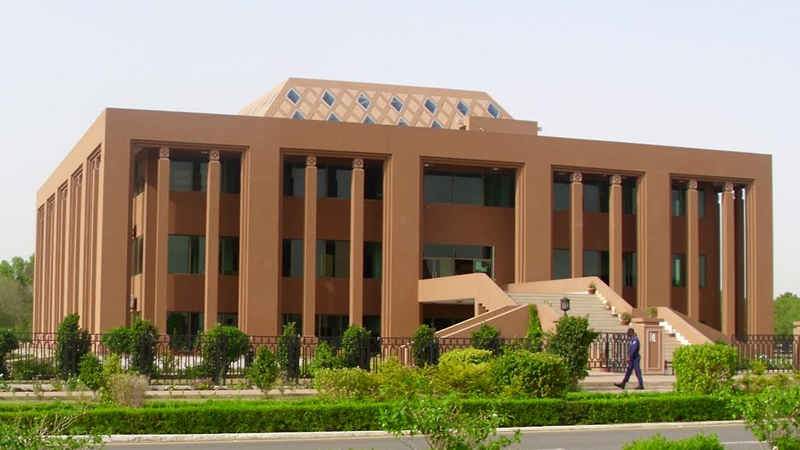 JAMSHORO: The orientation ceremony for the fifth batch of the Master of Science (MS) students started at the United States Pakistan Centre for Advanced Studies in Water (USPCAS-W) of the Mehran University of Engineering and Technology (MUET) Jamshoro.

Speaking at the ceremony, the Project Director of USPCAS-W, Dr. Bakhshal Lashari, said that water played an important role in the economic development of any nation and water scarcity recently emerged as a global challenge and the countries like Pakistan faced acute shortage of water. He added that the water sector played an important role in the economy of Pakistan and due to the diminishing of this natural resource, owing to the rapid growth of population, the need of the hour was to have an efficient and critical management of water resources in the country. He said that after four years of negotiations, the United States government, through the United States Agency for International Development (USAID), and the Government of Pakistan, through the Higher Education Commission (HEC), established the state-of-the-art centers for advanced studies in water, energy, agriculture and food security sectors of the country.

He further said that the MUET Water Center was one of leading regional centers for water in the entire South Asia and it was technically supported by the University of Utah, USA. He elaborated that USPCAS-W was educating and training the next generation of scientists, engineers, and policymakers through innovative academic and research programs crucial for Pakistan’s development in the water sector.

“The MUET Water Center, with its best performance, would emerge as one of the global centers in the water sector and there would be no compromise on the quality of education,” he said. Dr. Lashari congratulated the newly enrolled students at the Water Center and said that they were the luckiest to be a part of the Center and he hoped that the students would contribute for the sustainable solutions to the water challenges faced by Pakistan. He further asked the students to work hard, keep themselves well-disciplined and get fully involved in water research.

Speaking at the ceremony, the Associate Research Professor at the University of Utah (UU) and the technical advisor at the Water Center, Dr Jeffery Layton Ullman, said that the USPCAS-W was committed to change the academic culture of Pakistan through the partnership, which also encompassed curriculum development, teaching, mentoring, research, and establishment of new laboratories. Dr Ullman further said that the USPCAS-W offered scholarships for higher studies and research in the water sector, while the University of Utah provided technical support to produce water leaders in the country. “The University of Utah is eager to provide technical support, education and modern applied research techniques for the water sector in Pakistan,” he added.

Dr. Rasool Bux Mahar, the Deputy Director Academics and Research at MUET, while sharing the academic guidelines and research process, said that research played a vital role in post-graduation studies. He noted that the graduates of the Center, through the acquired advanced research skills, would contribute to the global water challenges of the world at large.

Dr. Kamran Ansari, the Director Career Counseling and Placement at MUET, briefed the participants about the academic guidelines and introduced the faculty to the enrolled students. He said that as per the requirements, 90 percent attendance was mandatory for the students to be shortlisted for the exchange program – the key component of the Center.

Engineer Mujawar Malik and monitoring and evaluation specialist, Shahid Panhwar, conducted a session on the Learning Management System (LMS). The students of 5th batch also had a guided tour of the Center. 86 students, including 25 females, were currently enrolled in different MS Programs including Hydraulics, Irrigation and Drainage (HID), Integrated Water Resources Management (IWRM) and environment at the Center.