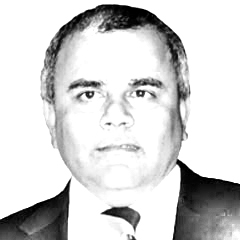 Pakistan’s economic crisis and the IMF

Pakistan’s incoming Prime Minister (PM) Imran Khan recently Tweeted “President Erdogan and the people of Turkey know we are praying for their success in dealing with the severe economic challenges confronting them, as they have always succeeded against adversities in their glorious history”.

Pakistan and Turkey have historically enjoyed close relations and many Pakistani leaders have expressed admiration for Erdogan. However, Imran would be well-advised not to mix emotions with strategy in either international politics or when looking for models of economic success. Turkey’s economic crisis has been caused by a combination of factors, but principally due to a growth strategy that relied heavily on foreign debt. Erdogan’s authoritarian style of governance made things worse.

The Turkish Lira has fallen by about 40 percent against the US Dollar this year. It is not a mere coincidence that Turkey’s external debt to GDP ratio is the highest among the larger countries in the developing world.

Much has been written about Pakistan’s current economic crisis and whether the new government will have to go to the International Monetary Fund (IMF). While financing the rapidly growing external account deficit is the immediate challenge, it would be a big mistake to blame it on just the previous government of Nawaz Sharif.

Pakistan’s economic woes are well known and are repeated ad nauseum in the local and international media and at other forums. Pakistan’s current economic crisis is just another reminder of a dysfunctional state whose elites have been addicted to foreign money to help them ride through periodic crises without addressing the fundamental issues. Pakistan holds a world record of 21 IMF bailouts since 1958, 14 of which were taken since 1980. As soon as the economic situations stabilised, Pakistani policy makers went back to business as usual after pretending they were undertaking some “structural reforms”. Would this time be any different?

The immediate reasons for the current crisis can be found in hugely misconceived energy policy and power projects. Former Prime Minister (PM) Nawaz Sharif’s government wanted to build additional power generation capacity in a short period to alleviate the country’s chronic power shortage problem. It approved 21 power projects at an expected total cost of $35 billion. These plants were mainly to be fueled by imported coal. Not all of this $35 billion “investment” is in the form of equity. The debt to equity ratio for many of the power projects is 75 percent debt and 25 percent equity with the return on invested equity reported to be as high 34.5 percent.

Pakistan, for decades, has followed a set of policies that have encouraged investments in real estate, guaranteed profit projects, and industries enjoying unfair tax exemptions. This has discouraged industrialisation on a broader scale and contributed to Pakistan’s failure to achieve the high growth rates and to improve its poor exports record

The projects were approved without a holistic and broader macro policy framework and were motivated by Nawaz Sharif’s desire to deliver on his election (2013) promise of removing his country’s chronic power shortages. Fast forward to 2018, Pakistan’s current account deficit has risen by $5.3 billion (40 percent) to a record $18 billion during 2017-18 mainly due to an increase of $7.6 billion in imports while exports rose by just$2.4 billion.

In another article by me published in another newspaper on June 22, 2013, I wrote:

“Pakistan’s unfavourable high cost energy mix lies at the core of the energy crisis. Today, the plants using imported oil represent the single largest source of electricity generation due to a flawed policy of supporting oil-powered plants by guaranteeing a minimum return to the investors.”

I also wrote that the energy crisis was not related to the installed capacity because the structural reasons go far beyond this. They include the high debt levels of the energy sector, bad governance and corruption given the high level of transmission and distribution losses, idle capacity, and our inability to exploit hydro, wind, and solar resources.

Unfortunately, any criticism of CPEC has been met with a media frenzy and shrill outbursts from hyper-nationalists. Let me explain why these power projects (which account for over 50 percent of investments go through the $62 billion CPEC program for Pakistan) are not investments. It is a misnomer to call anything a “private investment” when profit is guaranteed by the government. This is the case with almost all CPEC power projects because the equity holders are guaranteed to earn rates of return believed to range from 17 to 34 percent. Such “investments” are, in effect, quasi (government) debt because the government is obligated to pay an agreed internal rate of return on invested equity regardless of whether the projects actually make money. Pakistan’s official external debt of $91.7 billion (31 percent of the GDP) does not include this quasi government debt which could be as high as $10 billion.

A strategy that sought to build infrastructure through projects with the government guaranteed profits, financed largely through foreign currency debt, seems to have fallen apart. Meanwhile, the total generation capacity has increased in the last five years, it has not helped Pakistan to grow its exports which have remained almost flat during the same period. While Mr Miftah Ismail, the former finance minister, may be right that for the next five years, Pakistan’s total annual debt repayments and profit expatriation by Chinese companies would be below $1 billion, he has not taken into account the pressure on the external account due to the import of raw materials and capital goods. To reduce pressure on the current account in the immediate future, Pakistan may seek medium term credits from countries such as Saudi Arabia and Kuwait for oil and other raw material imports.

The most serious consequence of providing government guarantees for profits is the distortions it caused in the efficient allocation of resources by encouraging the rent-seeking behaviour of its famously venal business elites. It is ironic that some large business groups who benefited from favourable tax exemptions or subsidies in the past also jumped on the bandwagon of CPEC power projects as a means to make easy money. According to the Pakistan Economic Survey 2017-18, a government publication, tax exemptions to various affluent businesses amounted to Rs 541 billion ($4.4 billion) in just one year. This is much more than the “corruption” of Rs300 billion ($2.5 billion) Nawaz Sharif was accused of by Mr. Khan. A level playing field in a competitive economy should be free from such policy distortions which represent one of the most critical issues facing Pakistan’s economy.

Pakistan, for decades, has followed a set of policies that have encouraged investments in real estate, guaranteed profit projects, and industries enjoying unfair tax exemptions. This has discouraged industrialisation on a broader scale and contributed to Pakistan’s failure to achieve the high growth rates and to its poor exports record. Since 1980, exports from India and Bangladesh have grown at a rate that is more than five times that of the growth of Pakistani exports.

In the most immediate future, removal of all such policy distortions and deregulation of all sectors of the economy from unnecessary government controls should be among the top priorities for the new government. If it cannot provide meaningful incentives, it should at least remove some of the disincentives faced by entrepreneurs and industrialists. This may require a detailed review and possible renegotiation of the terms of all projects, including projects under CPEC, where rate of return is guaranteed, and elimination of tax exemptions granted through ad-hoc administrative measures. However, the entrenched elites and their friends in the bureaucracy are most likely to mislead the new government into wild goose chases like “looted wealth” abroad instead of reforming a system built on patronage under the protection of a military and civil bureaucracy that seems to be incapable of addressing the complex challenges Pakistan faces. It remains to be seen whether the IMF would once again bailout Pakistan, a country which has been described as a curious case of Dutch Disease without the oil.

The writer is a former Citigroup banker, columnist and an independent consultant