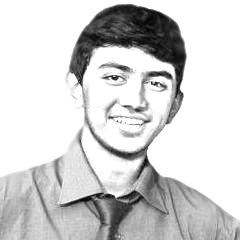 Since 1947, Pakistan has failed to strike a balance between an overbearing centre and provincial units stricken with linguistic and ethnic movements

The 2018 elections were a moment of extreme significance in Pakistan’s history, not just for the seismic shift they have triggered in Pakistani politics, but also because of the violence that marred the build-up to the polls. The terror attack which took place in Mastung, Balochistan — the deadliest attack in Pakistan since the APS massacre in 2014 — showed that the Pakistani state must completely rethink its policy towards Balochistan and towards’s Pakistan’s federal and democratic structure.

The near endless bloodshed in Balochistan makes it evident that military action alone cannot solve the province’s problems, which are political in nature. For Balochistan’s struggles with achieving peace stem from the state’s marginalisation of the province, and from Pakistan’s inability to adequately strengthen its federation.

The PTI’s popularity in KP, and its strong showing in the tribal regions seem to bode well for Pakistan’s democratic structure

This failure to strengthen the federation, in turn, has its roots in the historical forces that have shaped Pakistan’s political landscape since independence. Since 1947, Pakistan has failed to strike a balance between an overbearing centre and provincial units stricken with linguistic and ethnic movements.

This imbalance, moreover, emerged from the unique insecurities Pakistan inherited upon independence. Fears of Indian domination, irredentist Afghan claims and the threatening shadows these cast on Pakistan’s unity forced Pakistan’s initial governments into promulgating policies that weakened the country’s federation.

Strengthening the centre over the provinces and giving homogenous shape to our collective national thinking naturally had a significant impact on a country that boasts of so much diversity. This conflict between a rapacious centre and between provinces vying for autonomy also spilled over into the economic and security domains, with the state forced to resort to aggressive means to silence dissent.

This recourse to increased armed presence is in fact the backdrop in which the present spate of violence has occurred in Balochistan, and also explains the rise of the mass movement against overbearing state control in the tribal areas on the Pak-Afghan border.

The historical factors behind the precarious situation in Balochistan and the complaints of the Pashtun community in the tribal areas, moreover, reveal that simply enhancing security measures in Balochistan will not ameliorate the conditions in the province.

Instead, the state must concede autonomy to the provinces and must take steps to strengthen Pakistan’s federation. This is one of the greatest challenges for the newly elected government, and one that will go a long way in shaping its legacy.

The PTI’s record of supporting the FATA merger and its support for a South Punjab province, luckily, suggest that the party might move towards a weaker centre and towards strengthened provinces. The Party’s popularity in KP, and its strong showing in the tribal regions, moreover, also seem to bode well for Pakistan’s democratic structure.

The government must also take concrete steps to remove the mistrust of the military in these areas, something that can only occur in tandem with improved civil-military relations. For its part, the civilian government must recognise the genuine interests of the army, while the latter must give the civilian government a greater role in the conduct of military operations and in the security of places like FATA and Balochistan. One reason there is such disdain for military presence in these regions is because it ultimately deprives locals of control over their own movement or security.

Peace will only truly occur in Balochistan, however, if the central government takes active steps to end the province’s economic and political marginalisation. It is thus essential that the new government pursue the National Finance Commission (NFC) Award and strengthen the Council of Common Interests (CCI). The new NFC award, moreover, should also think beyond the contours of population and should instead dole out a significant share for development in Balochistan.

The central government must also recognise the need to give Balochistan a significant voice in the CPEC project, especially in developing Gwadar port. History and the works of outstanding individuals such as Arundhati Roy demonstrate that large neoliberal projects threaten to deracinate local populations and economies, an outcome Pakistan cannot afford in Balochistan.

It is thus absolutely essential that Balochistan own its economic trajectory and political development. This can only happen if, in the spirit of the eighteenth amendment, the state devolves power to the provinces which in turn empower local bodies. This is in fact crucial, and the failure to strengthen local bodies over the decades in large part explains the present political crisis.

The 2018 elections can indeed alter Pakistan’s future, but true prosperity will only occur if the state takes along each province and focuses on the most marginalised territories and communities. It is thus absolutely essential that we learn from the mistakes of the past and move towards a democratic and prosperous federation.

The writer graduated from Aitchison College and from Cornell University with Bachelor’s degrees in Economics and History. He also studied at Oxford University, and his interests include studying the politics of class, gender and race. He can be reached at mabrahim.shah@gmail.com