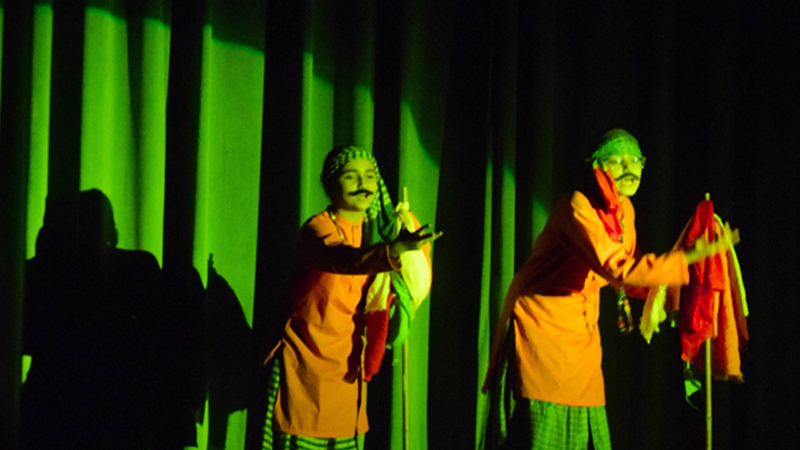 ‘Jeebho Jaani Di Kahaani’ written by Farjad Nabi, director of the recently released feature film ‘7 Din Mohabbat In’, featured exciting musical performances, meaningful lyrical dialogues and thought provoking environmental preservation themes. However, the most appealing component of the play was that it featured child actors from the annual OLO Summer Camp organised by the Olomopolo Media.

The premise of the play revolved around conservation and protection of the environment through tree plantation, and raised concerns over the fate of a world without trees. The innocent yet compelling performances by the child actors added charm to the production.

The play began with a narration by its lead character, Jeebho Jaani who warns mankind about using up all the limited resources of the land. It comes as no surprise that the consequence of man’s voracious nature of consumption brings doom. But there is still hope. It is the responsibility of man to bestow knowledge and love for nature to the future generations in order to reverse the damage already done to the environment by his actions.

The play helped celebrate and nurture creativity in children mainly due to the direction of Kanwal Khoosat, the Punjabi diction workshop taught to the children by Samiya Mumtaz and the impressive production design with vibrant sets and balanced music.

“It dawned to us that Jheebo’s story had to be done by children because apart from school plays we do not have commercially based children’s theatre. 2018, we decided was the year of conservation and environmentalism for our summer camp and Jheebo Jaani would be the perfect fit”, said Khoosat.

The Olo Summer Camp is an annual event which aims at making children responsible citizens through creative measures. For this reason the summer camp offered various activities such as the science of recycling with science fuse, puppet making with recycled materials. These activities were spearheaded by Yamina Peerzada. Pottery making and print making courses were taught by Madiha Munir, Punjabi diction by Samiya Mumtaz and theatre by the OlomopoloMedia.