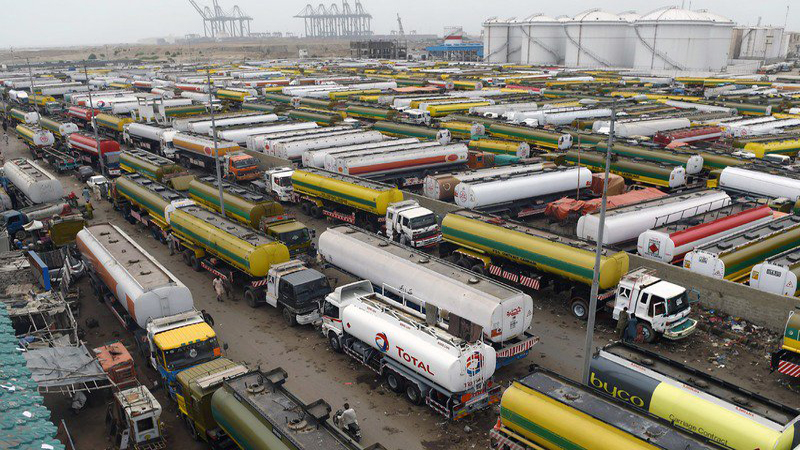 The All Pakistan Oil Tankers Owners Association (APOTOA) has boycotted the call for strike given by Ittefaq Group of Oil Tankers and vows continue oil supply countrywide.

The Ittefaq Group of Oil Tankers had given a call for strike on Wednesday.

APOTOA Vice chairman Mir Yousuf Shahwani said that strike call given by Akram Durrani, leader of the Ittefaq Group, was not justified.

Quoting Supreme Court directives, he said all the matters should be resolved amicably and added that no group would go on strike.

“We prefer dialogue with government and the Pakistan State Oil (PSO) for resolution of our issues.”

Talking to Daily Times, Mir Shams Shahwani was of the view that oil tanker owners were in close contact with the PSO and other companies for resolution of their all outstanding issues.

“We do not support any strike and alleged that the Ittefaq Group was not a representative of APOTOA,” he said, adding that the group was trying to put pressure on PSO for undue gains.

“Our oil tankers body will not make any decision that may hurt the economy.”

Meanwhile, Ittefaq Group members claimed that they were going on strike for their just demands and against preferential treatment being meted out to the NCL and the PSO in the oil business.