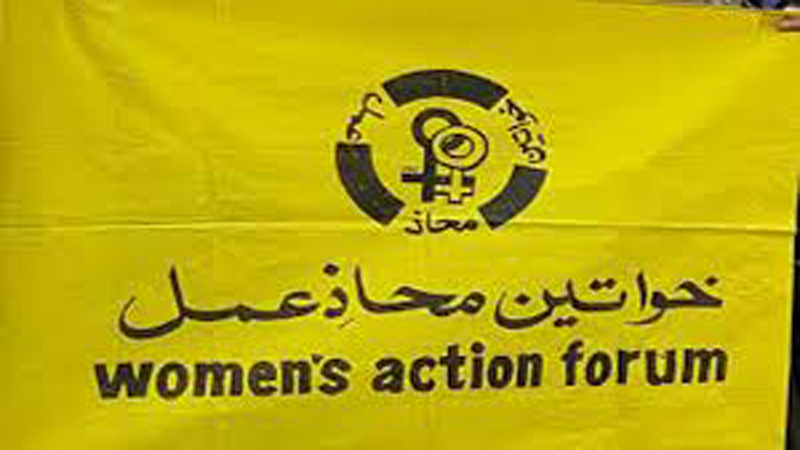 The Women’s Action Forum (WAF) has expressed concerns on reports about mismanagement and alleged rigging in the general elections of 2018.

The representatives of the Forum maintain that the kind of pre-poll engineering witnessed recently can undermine the legitimacy of the elections with serious repercussions on Pakistan’s efforts to transition into a well-functioning democracy.

Speaking to Daily Times, representatives of WAF Lahore said that severe curbs on media were imposed prior to elections. “Some channels were blocked in large parts of the country and the circulation of certain newspapers was stopped.” They said that only those channels, newspapers, anchors and columnists faced restrictions who were critical of the powers-that-be, while others were given a free hand. Media, they said, acted as the watchdog of the democracy and must be allowed to enjoy freedom of expression and opinion as enshrined in Article 19A of the Constitution.

Dr. Rubina Sehgal, a representative of WAF Lahore said that she had no doubt in mind about the non-existent level playing field because “certain parties were targeted from the beginning”.

The cases against PML-N and PPP were fast-tracked and many of the candidates of the N League were disqualified, she added. She also criticised the National Accountability Bureau (NAB) for abruptly opening cases against candidates of parties that were clearly being targeted since the beginning of the election year and even before.

Foqia Sadiq Khan, a representative of WAF Islamabad agreed with Ms Sehgal on the absence of a level playing field for all the political parties in the pre-poll phase. “One party was favoured at the expense of others”. However, she added, we would continue to strive for democratic, progressive and egalitarian Pakistan where there is gender equality and equal opportunities for all.

They said serious allegations had been leveled by various political parties, including those concerning Form 45, delayed results, high number of discarded votes, last minute change of polling stations, and the failure of the Results Transmission System (RTS) application in the middle of the vote count. They also highlighted that election observers reported at several places that “polling agents were told to leave the room when votes were being counted, and that security personnel were also noting results at the polling stations and transmitting them to what seemed to be a parallel tabulating canter”.

Meanwhile, WAF representatives hailed ECP’s performance and civil society’s endeavours to decrease gender gap in electoral rolls and to push up women’s participation on polling day. The Forum expressed gratitude to women voters and candidates for participating in the electoral process despite security threats. The WAF representatives acknowledged the positive legal reforms under Election Law 2017, particularly those related to the five percent mandatory women quota on general seats, and the provision under which elections will be declared null and void in polling stations/constituencies with less than 10 percent women turn out.

Though, the WAF Islamabad representative cautioned, “I think a lot of political parties gave tickets to women candidates from non-winning seats just so that they could check the box of 5 percent requirement. That’s why we see less women winning directly. We support affirmative action for women to get more general seat tickets and we hope that they would get more winning seats tickets in future as the system gets mature.”

Acknowledging the efforts of ECP’s Gender Desk for setting up a complaint management system for women at the national and provincial level, she demanded that the ECP must take measures to make the information publicly available. This information, Ms. Khan said, should include proportion of complaints and petitions by women lodged, decided and upheld whether they are received through complaint cells, tribunals or the judiciary. However, the provincial representatives of WAF chapters noted that unlike the Gender Desk’s work at federal level, the provincial desks were not considered much responsive.

All chapters of WAF raised their concern over a persisting gap in the ratio of women to men voters registered by the ECP, “which still stands at approximately 11.9 million despite massive efforts of the ECP and civil society organisations”. WAF representatives demanded from ECP and NADRA to intensify their efforts manifold to reduce this gap prior to any upcoming election.

They noted that despite ECP’s claims of providing all required facilities, many polling stations consisted of small, dark, humid rooms without ventilation, in some cases they were not even equipped with fans and bathrooms and lacked ramps for the old and disabled women. They strongly condemned the bomb blast in Quetta on the election day and pre-poll violence in Khyber-Pakhtunkhwa (KP) and Balochistan. They said that the state should be held responsible for its lack of ability to provide effective protection to all voters and candidates.

They also demanded that the women polling staff, mostly drawn from the Education Department, should be provided with safe environment, transport and their efforts in holding elections should be acknowledged in their appraisal reports. They welcomed the victory of three candidates from minority communities including a woman from the Sheedi community from Sindh. But said that the Forum was “deeply disturbed that Ahmedi citizens continue to be excluded from the joint electorate system and continue to be discriminated against in the voting process”. The Forum demanded that the new government should take immediate measures to remove this blatant discrimination. They also shared their concern about the introduction and perceived support of sectarian and hate mongering political groups who were allowed to contest the elections while candidates from legitimate political parties were disqualified at the last minute on what seemed to be minor issues.

Nasreen Azhar, another representative from WAF Islamabad, said she was deeply concerned about the dirty and gender-inappropriate language used by politicians from almost all political parties during the election campaign. “This normalization of gender offensive and misogynist language has made these elections the dirtiest in the political history of Pakistan,” she said.