Mil Gaya by Strings will leave you speechless

As a band that has been responsible for helping shape the national musical arena for decades, Strings has left a resounding impact that resonates with their recent release, Mil Gaya 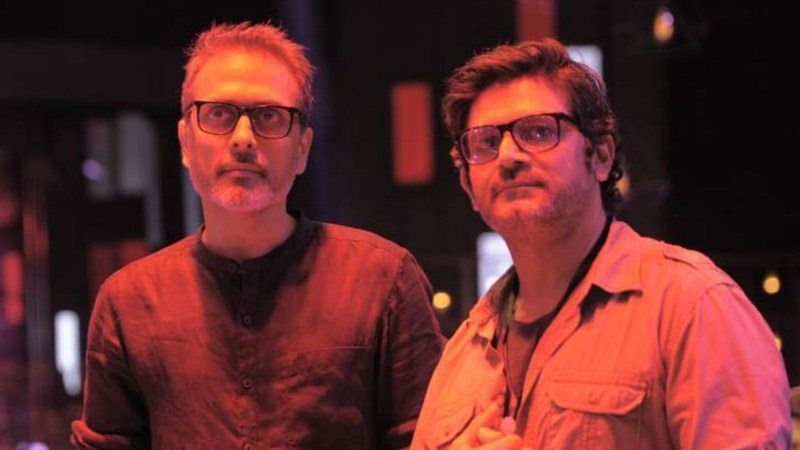 Strings have recently released their fourth track, Mil Gaya, which is accompanied by a music video from their upcoming album 30 as part of the pop rock band’s 30 year anniversary. It is the fourth song after Sajni, Urr Jaoon and Piya Re to be released from their upcoming album so far. The band plans to release a total of eight songs, out of which only four remain scheduled to be released later this year.

As a band that has been responsible for helping shape the national musical arena for decades, Strings has left a resounding impact that resonates with their recent release, Mil Gaya.

Mil Gaya chronicles the pursuit of dreams and one’s journey of overcoming obstacles through sheer determination and hard work.

The lyrics penned by Bilal Maqsood who also added his soulful voice to the track narrate an entire story through words which are beautifully crafted, and thoughtfully arranged so one may listen to them repeatedly. The song is characteristically more a storytelling device, complete with all the components of a story arc, than categorically falling as an archetypical song. Strings has a well credentialed history of building solid instrumental pillars in their songs and Mil Gaya features the signature ensemble of modern and contemporary instruments. Alongside Bilal Maqsood, Faisal Kapadia, Bradley D’Souza, Aahad Nayani, Adeel Ali and Haider Ali breathed life into the song, really doing the narrative behind the song justice.

The music video for Mil Gaya, which has been directed by Kamal Khan, is a treat to watch and seems to be quite worthy of awards. Just like the song’s lyrics, the music video, which was mostly shot in Lyari, aided the storytelling process by having clearly defined a beginning, middle and end.  It featured a misguided and confused teenager who felt empowered to achieve more with his life instead of falling victim to the ills of society. He then finds something that brings him peace and helps him isolate himself from the ills of the society. In his case, the aforementioned thing was boxing but the video aims to deliver a powerful and universal message that one can do so much with their life instead of wasting it.

Mil Gaya is a milestone for Strings and for the national musical industry as it helps capstone an entire era of critically renowned music. The song has a multi-dimensional beauty, which one can find in the instrumentals, the vocals, and the profound storytelling at play. Mil Gaya seems to have all the characteristic makings of what is potentially poised to become an anthem.

Currently the Strings duo: Faisal Kapadia and Bilal Maqsood, are judging the third season of Pepsi Battle of the Bands along with Fawad Khan and Meesha Shafi. The band made their first appearance on the show by performing a beautiful medley of their hit singles Najanay Kyun and Bichra Yaar. Drummer Aahad Nayani’s electric energy and presence is also notable as he aided the rest of the band uplift the entire band’s performance.

As creative industries flourish in the country, it is important to note that the responsibility of mentorship falls upon veteran artists. In the case of Pepsi Battle of the Bands, Strings seems to be a sensible choice. Their constructive criticism and practical advice will hopefully prove to be a powerful tool in this edition of the show’s arsenal.