Islam Makhachev — a champion in the making

Both Islam and Khabib are combat Sambo world champions, both pressure their opponents, are constantly circling around them, have a never-ending battery and are unforgiving on the mat 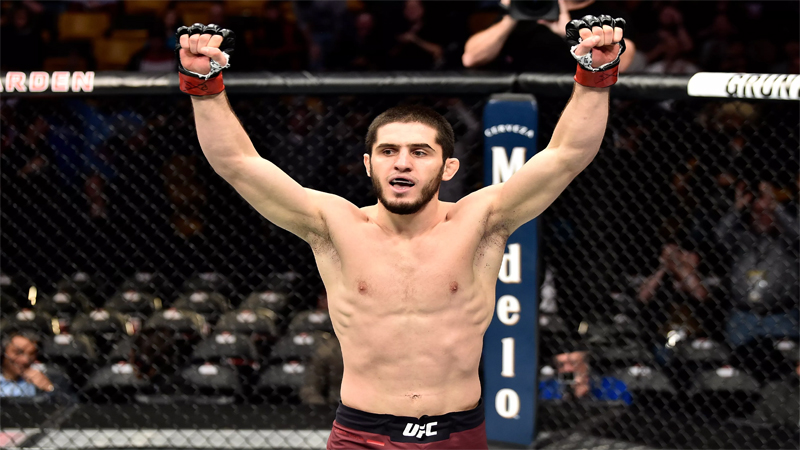 Islam Makhachev overpowered Canada’s Kajan Johnson in the latter’s hometown via a sublime armbar in round 1 of a prelim bout at UFC Calgary, improving his impressive record to 16-1 overall and 4-1 in the Ultimate Fighting Championship (UFC).

Makhachev’s latest win was his second consecutive first round finish. Earlier this year, he knocked Brazil’s Gleison Tibau in the first round, while this time around, the Dagestani finished his opponent on the mat, improving his numbers and reputation in front of a charged Canadian crowd.

The 26-year-old has massive potential, which is further bolstered when he trains alongside champions of the sport like Daniel Cormier, Luke Rockhold, Cain Valesquez and his cousin, Khabib Nurmagomedov.

“All my life, I’m training with Khabib. Training hard, training smart. Now everybody understand,” Makhachev said in a post-fight interview in Calgary.

Also read: ‘I will change his face’, Khabib reveals plans for McGregor fight

In a separate interview, Khabib said that Islam is 3 or 4 fights away from becoming the number 1 contender and that he can beat anyone in the Lightweight division – a weight class in which Khabib currently holds the belt.

Makhachev has a lot of similarities with Khabib, apart from appearance and fighting-style, of course. Both are combat Sambo world champions, both pressure their opponents, are constantly circling around them, have a never-ending battery and are unforgiving on the mat.

But Islam is more than just a high-level grappler. He is a clinical striker, which most people might not give him credit for, and he is extremely patient at picking his spots. He is definitely not a mauler like his cousin Khabib, but he’s a very composed fighter who knows when to attack and when to pull the brakes.

Given his young age, and plenty of tough opportunities ahead, it is certain that Makhachev is expected to grow as a professional. He has got a work class team, trains at one of the top MMA gyms in American Kickboxing Academy (AKA) and coach Javier Mendes, and when you work alongside champions, you automatically turn into one.

Just imagine Daniel Cormier sitting next to you and giving you a pep talk here and there – not many get to have that opportunity. Plus, not everyone happens to be Khabib Nurmagomedov’s cousin. This, ultimately means, that Makhachev has to make the most out of what he has, and if he does so, he could be a UFC champion.

Who knows, he could be Khabib’s successor? However, with a number of luxuries at hand, it’s still going to be a long, tough walk. But with all that he has at his disposal, failure is not an option.