‘I will change his face’, Khabib reveals plans for McGregor fight

'To be honest, I don't want to finish him early. I want to punish him. I want to change his face, and change the way he thinks. I want to make him humble' 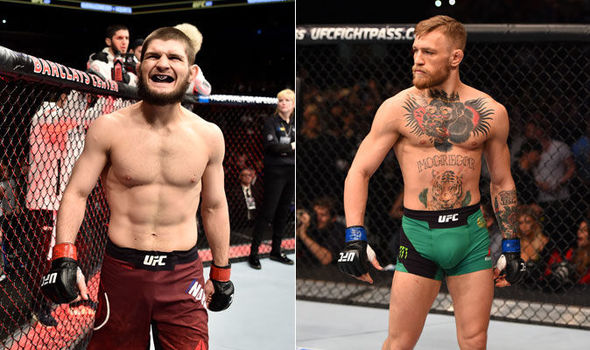 UFC Lightweight Champion Khabib the Eagle Nurgamomedov on Sunday said that he ‘will change’ ex-champ Conor McGregor’s face when the two face one another inside the octagon in a possible bout later this year.

Speaking to a post-UFC Calgary conference in Canada, Khabib said that he is more than willing to fight McGregor because it has become personal now, especially after the UFC 223 bus-incident. The Eagle revealed his plans of ‘smashing’ Conor and punishing him for as long as he desires when the two fight.

Also read: Khabib says him vs McGregor is the biggest fight in UFC history

“To be honest, I don’t want to finish him early. I want to punish him. I want to change his face, and change the way he thinks. I want to make him humble,” Khabib said.

When asked whether he would fight the Irishman at any price, the undefeated Russian said that he is too smart for that. He said the fight against McGregor is a money fight, ‘not a real one’, so he would want to earn some cash too.

He was also asked how he controls himself or will control himself, given McGregor’s trash-talking aura, which often tends to get on his opponent’s nerves, Khabib said he ‘has to control himself’.

Previously, Khabib had said that he was afraid money and popularity might change him as a person after he became the UFC champion.

To a related question, he said that the month of Ramazan has helped him overcome that fear because when he prayed alongside everyone else inside the mosque, there was not any difference between him and another person.

The Eagle’s team-mate Zubaira Tukhugov has also been asking for a fight against Conor’s team-mate Artem Lobov, and Khabib said a fight between the two would make sense if it is on the same card as him and McGregor.

Things have started to heat up between Khabib Nurmagomedov and Conor McGregor, with both willing to fight one another before the end of this year.

The UFC champion has made it clear that he wants to fight the Irishman in October, but he will be available in November and December too.

Last week, McGregor also said that he was willing to fight the Eagle. If the fight does not take place, Dustin Poirier and Tony Ferguson are the other two contenders Khabib could defend his title against.