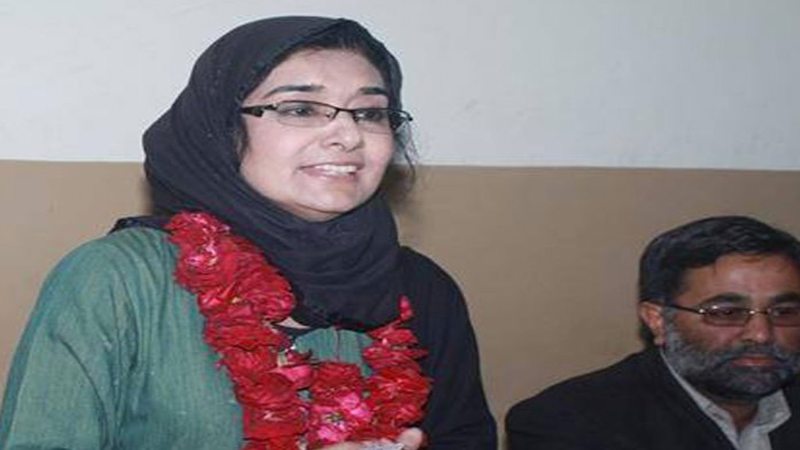 Talking to Aafia Movement supporters before leaving for Bangkok to attend an international medical conference, Dr Fowzia Siddiqui said that Aafia’s family was hoping that the government would be pro-people, proud, honest and strong. “We hope that the government upholds the constitutional rights of the people of Pakistan,” she added.

“We want an opposition that plays a positive role in assemblies for welfare of the country, strengthening of democracy and institutions,” Dr Fouwzia remarked.

She said that Dr Aafia and her three minor children were kidnapped, trafficked and handed over to Americans by the government officials in 2003 because at that time, the institutions were weak.

She said that Aafia was first taken to Afghanistan and then to the USA, where she was in jail. She said this jail provided the facility of calling of prisoners to their families through video conferencing but for more than two years, Aafia’s family had not heard from her. “Even our telephonic contact to Aafia is severed,” she said.

She said that after five years of the forced disappearance of Aafia when due to the efforts of the UK journalist, Yvonne Ridley it was known that Aafia was jailed in a concentration camp of Afghanistan, Imran Khan had adopted a brave stance on the Aafia issue during a dictator’s tenure.

She hoped that Imran Khan would prove himself different from the past rulers and fulfill his election manifesto promise of the release of Dr Aafia Siddiqui. “Aafia’s family prays that may the dream of Imran Khan for bringing change in system be materialize and the people of Pakistan get a new and prosperous Pakistan where every daughter of the nation feels safe and secure,” said Dr Fowzia Siddiqui.