Ballot papers and boxes have been imported from UK and France: ECP spokesman 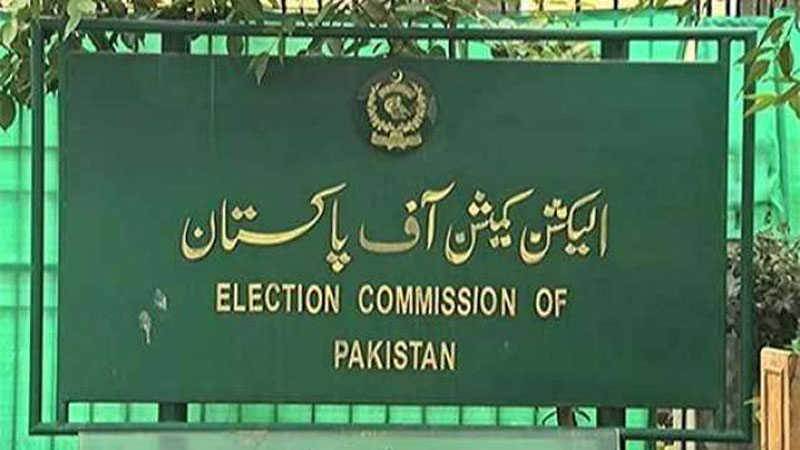 Arrangements for the General Elections of 2018, which will be held on July 25 are in their final phase.

According to the Election Commission of Pakistan (ECP), official ballot papers have been provided to the provinces and the material will be given to the polling staff tomorrow (Tuesday).

Earlier, the ECP suspended four officials, including a Deputy Superintendent Police over misuse of power.

Earlier on Saturday, ECP Secretary Babar Yaqoob said that no political party was barred from running its political campaign.

While addressing a presser in the federal capital, Babar Yaqoob said that 0.45 million police personnel and 0.35 million Army soldiers will perform security duty on Wednesday to ensure peaceful elections across the country. The secretary said that CCTV cameras will be installed at all the polling station and sought a report from all four chief secretaries in this regard.

Earlier on July 10, a meeting in connection with the security of the general elections was held in Islamabad with Caretaker Interior Minister Muhammad Azam Khan in the chair.

The caretaker minister said foolproof security will be ensured during the poll keeping in view the threats. He said full coordination should be provided to ECP in this regard.

Muhammad Azam Khan advised political parties to avoid leveling personal allegations during the election campaign and cooperate with the government for security.

The ECP on July 9, said that the commission had made all necessary logistic arrangements for ensuring to hold the upcoming general election on Wednesday in a smooth and an organised manner.

The holding of elections which is considered to be a biggest logistic activity in the country required a comprehensive strategy to deal all matters related with the logistic support, ECP Spokesperson Altaf Khan said.

Explaining the sensitive logistic exercise, the spokesperson said, it involved printing of ballot papers and import of the papers, used for ballot papers, from the United Kingdom and France. He informed that it was estimated that the commission required 210 million of total ballot papers for the total constituencies of national and provincial assemblies.

Enlightening about the non-sensitive he said the commission was engaging the 750,000 work force from the federal and provincial departments to hold the upcoming polls. He said that the commission has arranged bags, pens, indelible ink and stamps in bulk.

It is pertinent to mention that the process of printing of 220 million ballot papers for the general election 2018 would be completed by July 20. The commission had prepared a plan for dispatch of ballot papers to around 85,000 polling stations across the country well before the polling day.