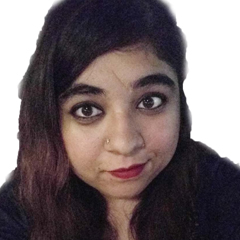 Another day, another ambush for Jibran

Despite incredible odds, and a legitimate threat looming over him, Jibran Nasir refuses to back down. There's a thin line between bravery and stupidity, and as Karachi swings in the balance, one hopes the young politician chooses the former over the latter

In the last couple of days, Jibran Nasir’s campaign for PS-111 and NA-247 in Karachi has picked up speed, and alongside it a few very angry mullahs.

The human rights activist-cum-lawyer doesn’t have an industrialist background or a world cup to entice voters, but he refuses to compromise on his principles. And that is perhaps the single most potent ingredient behind anything he does or says.

These are interesting times for Pakistani politics. Electables are being turned over their heads and pushed into the Pakistan Tehreek-e-Insaf (PTI). Some are being threated with National Accountability Bureau (NAB) cases. Most are busy assassinating their opponents’ character instead of critiquing their party manifestos.

And then there’s Jibran Nasir – the man who is singlehandedly trying to ruin how everyone plays the political game in the country.

Nasir stands accused of being a blasphemer, a kaffir, and even a RAW agent, amongst other things. How did he get here? By refusing to take the easy way out, by refusing to curse his heart out at Ahmadis, and by insisting on talking about development issues —  how absolutely, morbidly boring. Would you rather talk about Imran Khan’s ex-wife or the fact that Khyber Pakhtunkhwa has an abysmal rate of unemployment? Do the math!

In a live video of him addressing an almost frenzied mob, Nasir remained cool as he told people he wasn’t there to fight their religious battles, he was there to get them water, electricity, education and more. The people responded by spitting in his face – who wants civil rights when you can crush a minority instead? And therein lies the rub.

We are not a country but a mob. A mob is our answer to everything. Want to fix the judiciary? Send a mob. Need to overthrow a government? Send a mob. Want a re-election? Send a damn mob! And perhaps this is where Nasir is going wrong. Instead of taking an eye for an eye, he is persistently using words.

In a live video of him addressing an almost frenzied mob, Nasir remained cool as he told people he wasn’t there to fight their religious battles, he was there to get them water, electricity, education and more. The people responded by spitting in his face — who wants civil rights when you can crush a minority instead? And therein lies the rub

His resolve to win only by addressing development issues is admirable. And one can’t help but wonder whether it’s also a little impractical. In Pakistan, elections are won on the backs of false promises and pipe dreams – what is this man trying to accomplish by actually fixing people’s waterpipes instead?

The fastest and surest way of shutting someone up in our country is by playing the religion card. It’s tough luck for the extremists because Nasir seems to have quite the grip on faith-related rhetoric. When they say he needs to curse people to defend his faith, he responds with literal examples of what the Prophet (PBUH) would have done instead.

As I write this, there is a live video of his campaign running on his Facebook page. He multitasks between walking away from a mob while talking about what is and isn’t sunnah, reaching out to bystanders with his manifesto and message, and asking his workers whether they are all present and safe. When one seemingly goes missing, a mildly panicked Nasir asks whether the worker was wearing an official T-shirt. His sigh of relief upon finding out that the lad was in plain clothes is unmistakable, and almost heart-breaking.

Before he began his campaign, Nasir refused security that was provided to him. He wants to win for the people, from the people, while sitting in between the people. But at the rate at which he is being declared an infidel, it may be just a matter of time before the very people he wishes to serve do damage that cannot be undone.

Nasir seems to have made up his mind to fight for “Jinnah’s Pakistan”. What he perhaps isn’t realising is that people living within this country are no longer Jinnah’s people. One can’t help but hope for the change he promises and simultaneously wonder if he will even be allowed to instil said change.

Forget Jinnah’s Pakistan – this current Pakistan is one where we don’t even spare helpless animals, what of humans who we feel deserve what comes to them?