From bullet to ballot

* After an abysmally low turnout in 2013, the district braces for a four-way contest featuring Ehsan Shah of BNP-Awami, Zubeida Jalal of BAP, Jan Muhammad Dashti of BNP-Mengal and Abu-ul Hassan of the National Party
* Dashti's decision to enter politics has started a debate among Baloch intelligentsia about the role of public intellectuals 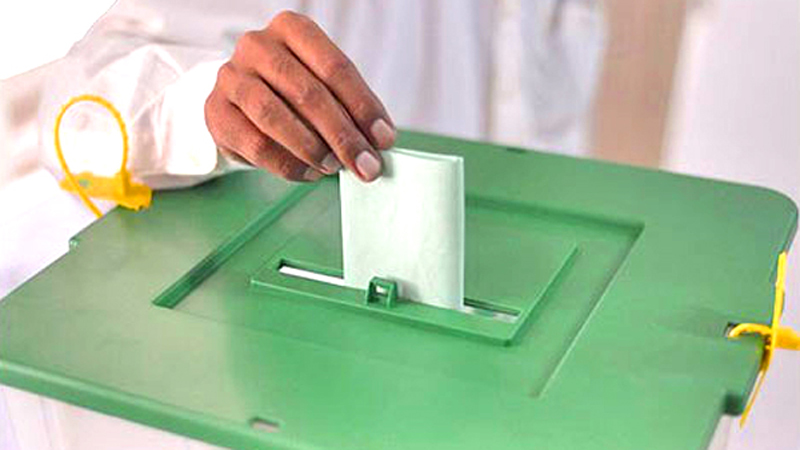 NA-271 constituency is spread over the entire Kech district where 222,631 voters will choose a victor amongst 15 candidates on July 25. Elections in Kech are important because it was among the districts worst affected by the separatist insurgency in 2013.

Kech is the second largest district of Balochistan with a population of 909,116. Comprising an area equal to one-fourth of the Khyber Pakhtunkhwa province, Kech sends a representative to the National Assembly and four to the provincial assembly.

Whereas the turnout in the province was 43 percent in 2013, it was abysmally low at 11 percent in Kech . The reasons included the insurgents’ call for boycott of the polls, along with threats of violence.

Ehsan Shah has served as the finance minister in Balochistan government and is influential in the politics of Kech. After she won this seat (old NA-272) in 2002, Zubeida Jalal was handpicked by former dictator General (retd) Pervaiz Musharraf to serve in the federal cabinet as the education minister. She served in the cabinets of Zafarullah Jamali and Shaukat Aziz. Jan Muhammad Dashti is a retired bureaucrat who served as the principal secretary of Akhtar Mengal when he was the chief minister of the province. An intellectual who has authored multiple books on Balochistan, Dashti is better known as the publisher of now defunct newspaper Asaap.

Lastly, Abu-ul Hassan, a loyal NP worker, is not too well known among political circles in Kech.

Bahram Baloch, a senior journalist who covers Makran Division, believes that it’s going to be a tough battle between the four main candidates. “Ehsan Shah is in relatively better position to win even though nothing can be predicted about NA-271 with certainty,” he says. Commenting on the chances of NP candidate Abu-ul Hassan, Baloch says the party lost popularity during its term in power in the province, and this would diminish the chances of victory of its candidate. “BNP-Mengal does not have a strong organisation in Kech, but its candidate [Jan Muhammad Dashti] might get votes based on his own personality,” Baloch claims.

Dashti’s entry in electoral politics has generated a debate among the Baloch intelligentsia about the role of intellectuals. There are mixed views on the matter, a camp appreciates his entry in politics and believes that he can prove to be a better representative of Kech, compared to career politicians. On the other end of the spectrum is the view that intellectuals can’t bring meaningful change by working within a system which is inherently flawed to the extent of Balochistan.

Dr. Shah Muhammad Marri, an author and a cultural critic, agrees with the latter point of view. He says that intellectuals have always been representatives of the upper classes and they can’t take any radical initiative on their own. “It would be futile to keep any hopes from intellectuals contesting elections,” he maintains.

Malik Siraj Akbar, an analyst based in Washington D.C., has a different take altogether on this matter. He believes that Dashti’s decision to contest elections is very significant because he is one of the most prominent contemporary Baloch scholars whose work has mostly been critical of Islamabad and its policies toward Balochistan.

“His decision to run is a big boost for Islamabad in a region where separatist tendencies were soaring among the youth until recently,” he tells Daily Times. He says it does not matter if Dashti wins or loses. “The fact that he has attracted so many young people towards the election process is a big deal in and of itself,” he notes, adding, “BNP-Mengal does not have a history of winning in Kech, Dashti might be an exception due to the multiple hats he wears: a former senior bureaucrat, a prominent intellectual, and a very influential figure in the area.”

On July 25, the voter turnout will prove if the security situation in Kech has improved to the extent that enthusiasm among people for elections translate into votes. Whoever wins from NA-271 will have to deal with the daunting task of reintegrating the people of Kech into the mainstream, after almost 15 years of separatist violence.

Adnan Aamir is a journalist and researcher based in Quetta. Follow him on twitter @iAdnanAamir. Email: [email protected]