The idea of State

Pakistan was a return to Islamic idealism rather than a step forward to secular-democracy. Ideal states become utopias and utopias always end up as their direct opposite: dystopias

In recent weeks we have been discussing the idea of a Deep State, State within a State and the Establishment and so on. But what is the State actually? Three main theories of the State can be identified under which can be subsumed all variations of the State.

The first is the Liberal State: A state is created by the free will of individuals who want to achieve those ends which they cannot individually realise. Government is the authority created by the consent of people to ensure security (Hobbes), to secure property and resolve disputes (Locke) and to directly make decisions for the whole community (Rousseau). The basic idea is that the state is created to serve individuals and not the other way around.

The second is the Ideal State: From Plato onwards, this idea has fascinated both Left and Right-Wing thinkers and one can say that its most accomplished theorist was Hegel. For him the State represents the highest good. Civil Society was the domain in which individuals universally pursue selfish, egotistical ends, while family was the sphere in which individuals universally exercise altruism. The State was over and above the interests of individuals and civil society because it represented the universal highest good of all.

The third is the Partisan State: This view can be associated with Marx, Engels, Lenin and others who thought the state could neither be neutral as the liberals had argued nor the embodiment of the highest good as Hegel had theorised. The State was simply the instrument of the Ruling Class.

My own understanding is that the modern, democratic state in the West is a mix of all three. It validates its existence through periodic elections, but it is responsible for welfare and a vague idea of the highest good as well. Even in the United States which is the most liberal type of state welfare services are presented to the people in many ways. In a diluted, practical way the Hegelian idea of the highest good is now part of the state system. However, the state is no doubt always dominated by people of wealth or status.

The modern democratic secular state does have inbuilt mechanisms and biases which serve the interests of the powerful and privileged while keeping the citizenry content with the welfare system. However, it is a fallacy to argue that one should try to create an ideal state because it invariably becomes a utopian disaster. Unfortunately, Christian evangelism in the United States and Zionism in Israel represent the return of religion in politics in different ways. Even the Soviet Union which proclaimed itself as the first state of workers, ultimately became a bureaucratic state dominated by the politburo and eventually disintegrated. Quite simply, whenever power is concentrated in one place or few hands it invariably results in its misuse or abuse.

People talk of post-modernism as the way to understand such phenomena, but I think post-modernism is intellectual abdication. We need to continue analysing the challenges of the contemporary age and come up with rational, practical solutions.

With regard to the State in the developing countries or the third world is an extraneous entity. It did not emerge because of some internal evolution of society. In contrast, the state in the West evolved through the dialectical interaction between state and society while in the colonial world it was implanted by colonial powers. Before the colonial intervention existed different forms of oriental despotism, sometimes benevolent but of the most time ruthlessly exploitative and extractive without returning much to society.

If we confine ourselves to the Indian Subcontinent we can say that the post-colonial state based on the rule of law was an extraneous transplantation. After British colonialism departed the local elites took over. They were trained in Western legalism and parliamentarism. Even Jinnah was a product of that training.

Consequently, the legacy of the rule of law was inherited both by India and Pakistan. The state in 1947 was a modernising entity presiding over a society too complex, too divisive because of caste, biradari, religion, sect and cults. The truth is that no other region is so religion-intoxicated and thus inherently prone to delusions than the subcontinent. Almost everyone is waiting for the next life to get their share of happiness, including Hindus whose cycle of births ultimately ends with a release from that cycle and the soul joins some state of spiritual bliss forever. I suppose the Sikhs have some similar idea of the ultimate escape from worldly life and its temptations. The modern state turned the attention to the problems of this world and that perspective is increasingly obscured by religious fantasies.

Nevertheless, India Nehru and his secular colleagues did manage to establish a secular democratic state which has been successful in institutionalising periodic, free and fair elections. However, Indian democracy has given power to caste groups and religious fanatics and so on. Massive inequality still prevails in India.

Pakistan was a return to Islamic idealism rather than a step forward to secular-democracy. Ideal states become utopias and utopias always end up as their direct opposite: dystopias. The Deep State claims to represent the highest good but in fact it defines the highest good in terms of conflating its own interests with the interests of the nation. It is therefore a variation of the Partisan State claiming Hegelian aims and objectives. That is what I meant by both left and right views of the Ideal state. Pakistan is an example of that.

Bangladesh is another variation of incongruence between a modernising elite and a conservative society resisting it. There too religion continues to be in conflict with secularism and the politicians seek revenge and are partisan to their own followers.

Sri Lanka also has been a victim of ethnic nationalism combined with religious contradictions. Nationalism fired by religious fanaticism is the most lethal manifestation of human failings and imperfections, and in our part of the world stupid God-men and others have more following than serious leaders.

I accept Aristotle’s warning against Platonic idealism as too perfect to achieve, but I subscribe to the view that through reason and evidence one can build states and societies which uphold justice and maintain welfare so that the vast majority of our people don’t need to wait for their share in this life.

The writer is Professor Emeritus of Political Science, Stockholm University; Visiting Professor Government College University; and, Honorary Senior Fellow, Institute of South Asian Studies, National University of Singapore.He has written a number of books and won many awards, he can be reached on billumian@gmail.com 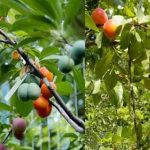