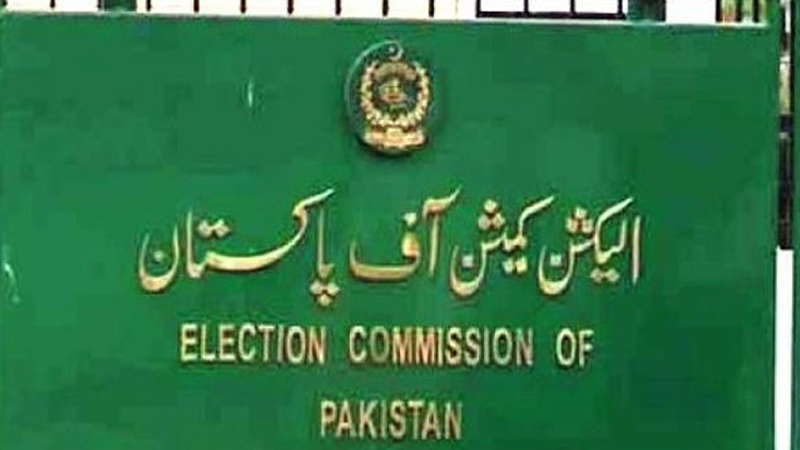 A protest demonstration against the decision of Election Commission of Pakistan (ECP) to allow banned terrorist outfits to contest elections with a different name was staged on Monday by the Civil Society Pakistan outside the provincial office of ECP.

During the demonstration, protestors held placards and chanted slogans against ‘mainstreaming’ of banned outfits.

According to the protestors, terrorists had changed the names of their organisations to contest in the upcoming elections but they were still propagating sectarian bigotry and hatred. Muhammad Ali, Khalid Rao from Civil Society, Asad Zaidi from Youth alliance Pakistan, Waleed Mehmood Sheikh, and Asad Gokal from Civil Progressive Alliance Pakistan said that removing proscribed persons’ names from Fourth Schedule List twenty days before the election and unbanning of terrorists outfits grimly disparaged overall performance of law enforcements institutions.

“Whose permission are these killers of eighty thousand Pakistanis being mainstreamed by?” asked the protestors. The protestors proclaimed that Civil Society Pakistan will go to every extent to raise its voice and expand its demonstrations to Pakistan’s capital and other cities.

Ali Raza Aabidi from MQM and Firdous Shamim Naqvi from PTI attended the protest and addressed the gathering.