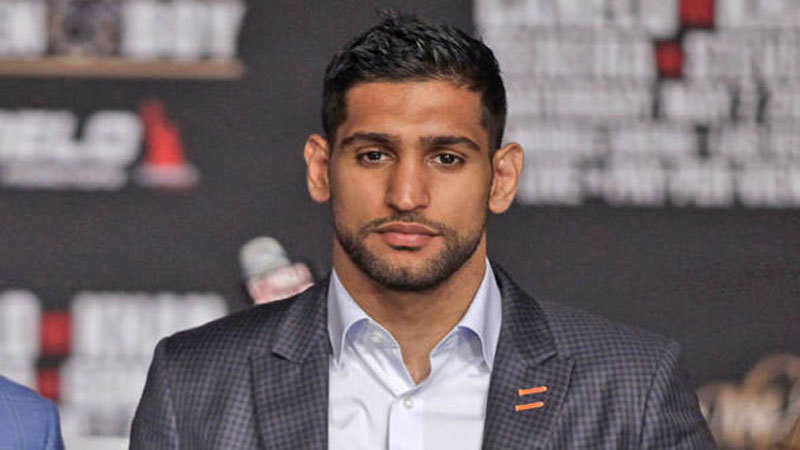 LONDON: Renowned boxer Amir Khan recently announced on social media that he will be donating an amount of Rs 1 million to the fund set up for construction of dams by Chief Justice of Pakistan on Sunday.

Earlier, on July 4, Chief Justice Mian Saqib Nisar established Diamer-Bhasha and Mohmand Dam fund and he himself donated Rs1 million to resolve issue of water crisis  in the country.

The 31-year-old boxer said via social media that Pakistan currently is facing a shortage of drinking water. He also advised celebrities and other prominent Pakistanis to play their part as well towards making of dam.

However, on the other hand, many people have contributed already including cricketer Shahid Afridi along with officers and soldiers of the Pakistan Army, Navy and Air Force.

Furthermore, Khan stated that he will contribute more funds after his next fight while appreciating the effort of the government and Pakistan Army’s role in helping with the fund.

Amir Khan’s next fight is expected to be with the Colombian Samuel Vargas on September 8.