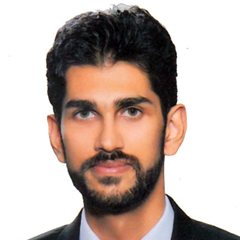 As we get closer to the 2018 general elections, the political atmosphere in Pakistan seems to get more exhilarating. The country’s three most powerful houses; House of Sharif, Insafians and Jayala’s are in a marathon to conquer the Iron throne and take the office of Prime Minister. This tourney will be full of surprises, and the road to success for any player will be difficult. The House of Sharif’s, which at one point, few years ago was perhaps the fiercest of all, is trembling after it has been targeted on its Achilles heel;though exterminating Nawaz from the Pakistan Muslim League-Nawaz seems like the coup de grace for this strong political force. But even on its knees, it has enough strength to strike some destructive blows to other houses. Under the leadership of Shahbaz Sharif, this house has muscle, and combined with skills gained from over 30 years of experience, it can enter the Colosseum and still be applauded by the masses. Nevertheless the new leadership face imminent threats from three sides. Firstly the deserted soldiers headed by Chaudhry Nisar — who will be riding under the emblem of ‘jeep’ – might give the Sharif’s a hard time. Especially the new emerging block in South Punjab. The second threat is not external. Since Nawaz and his daughter have been convicted in the NAB references, who shall be heir of this mighty dynasty? Will it be Hamza Shahbaz? This would open the gates of in-house warfare. This has been anticipated for quite some time. However, it is the wrath of Lady Justice — who is on a crusade against ‘corruption’ – which poses the greatest danger to the Sharifs. In this process of ‘ehtisab’, Shahbaz Sharif’s family could also become collateral damage.

Let’s now talk about Jayalas. The House enjoys diminishing popularity among public and for this reason it’s finding very difficult to find suitable candidates in many constituencies apart from Sindh. The recent visit to Liyari by Bilawal Bhutto showed us how the masses currently feel about the PPP. Nevertheless, the head of this House, Mr. Asif Zardari is not probably aiming for the Iron throne but rather looking to become the King’s Hand, i.e President. All of this could be done in garb of forming a coalition government. A question might arise then, why does Zardari want to be a powerless president? The answer lies is, the shining armour of immunity, which the head of State enjoys! To Zardari, this armour is the need of the hour, because of the ongoing ‘ehtisab’ crusade. Nevertheless it’s pretty obvious that after having his name placed on the Exit Control List (ECL), Zardari’s dreams may not come true, and a reality-check may be coming from the King Makers.

Will Khan surrender to the terms presented by the kingmakers, or will he exhibit true leadership skills and uphold civil democratic supremacy? Politicians are human, not angels. So, Kaptaan might have made poor choices in the past which could eventually be used to keep him in line

Last but not the least, Insafian’s led by Imran Khan are in a much better position than the above two houses. The odds seem to be in their favour and so are extra-terrestrial beings, who are busy making sure that the right man sits on the Throne. Imran Khan may be unblemished by charges of corruption, unlike his peers, but the game is not as easy as it seems. Khan’s workers are disappointed because he has accepted soldiers from the enemy lines, the so-called ‘electables’. Ultimately, Khan will find himself presented with a choice. Will he surrender to the terms presented by the kingmakers, or will he exhibit true leadership skills and uphold civil democratic supremacy? Politicians are human, not angels. So, Kaptaan might have made poor choices in the past which could eventually be used to keep him in line.

The second issue could be his numbers game. Despite all the support he is getting,he may still struggle to form a simple majority. The result would be a hung parliament, where many players would blackmail him. For Khan, the real concern should not be to sit on the throne but rather to sustain his political gains with the dignity and honour he claims to have. He must be careful, lest he end up on the Parliament floor with 23 stab wounds the way Julius Caeser did. This could happen, because a ‘Naya Pakistan’ was never the aspiration of those electables on whom Khan is relying to win the throne.

The people of this republic must remember that the canvas is larger than the throne itself. Economic upheaval, diminishing water levels, anachronistic judicial system and extremism are just a few of the pressing challenges facing us today. They require honest and determined attention. Thus we hope the game is fair and the right and deserving man ends up on the throne.

The writer is an Islamabad-based lawyer. He has a Masters in Law from University of California, Berkeley. He can be contacted at ahmadwaqas91@berkeley.edu