This sacrifice is for the people of Pakistan: Nawaz Sharif

Ex-premier Mian Muhammad Nawaz Sharif says that Pakistan is on a decisive verge. He is giving this sacrifice for our coming generations and for the future of Pakistan. 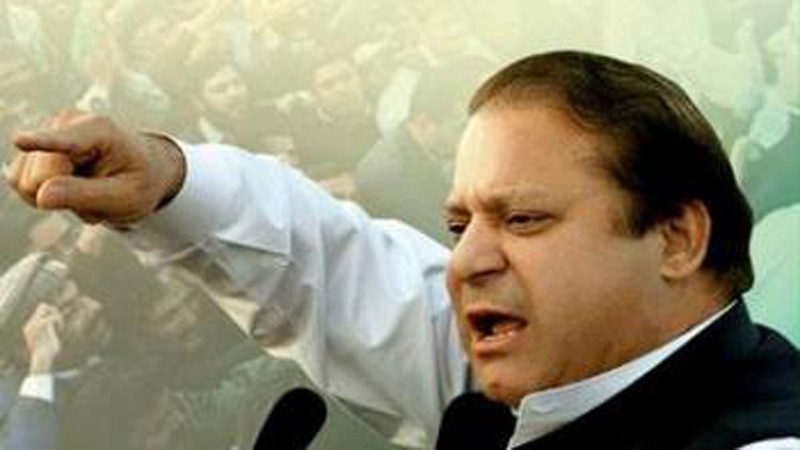 ABU-DHABI: Ex-premier Mian Muhammad Nawaz Sharif says that Pakistan is on a decisive verge. He is giving this sacrifice for our coming generations and for the future of Pakistan.

The former prime minister issued a video message from his plane at Abu Dhabi, he said, ”Pakistan is on a decisive verge. Whatever is in my hand or was is in my hand I had done it. I know that I have been sentenced to ten years in jail and will immediately be taken to the prison, but I want to say to the nation that I am doing this for you. I am giving this sacrifice for your upcoming generations and for the future of Pakistan. So all of you should stand by me shoulder to shoulder in this hour, walk with me step by step, let us join hand together to change the destiny of this country. Such occasions don’t come every now and then. This is my only message for the nation.”

Prior to his departure, Nawaz said that his wife opened her eyes for a few seconds on Thursday, regretting that he had to return to Pakistan leaving her in such a state.

Nawaz and Maryam are expected to land in Lahore around 6pm today, a week after an accountability court sentenced the father and daughter to 10 and seven years in prison, respectively, in the Avenfield reference case.

The National Accountability Bureau (NAB) has arranged two helicopters for shifting the father-daughter duo to Adiala prison following their arrival in Lahore.

One chopper would be at Lahore airport, while the other would be in Islamabad, and the former premier and his daughter would be arrested upon landing at either of the two airports.