* With the Khokhar vote bank split between Afzal and Asad, the latter's move to secure the support of influential Meo biraderi may tilt the balance in his favour 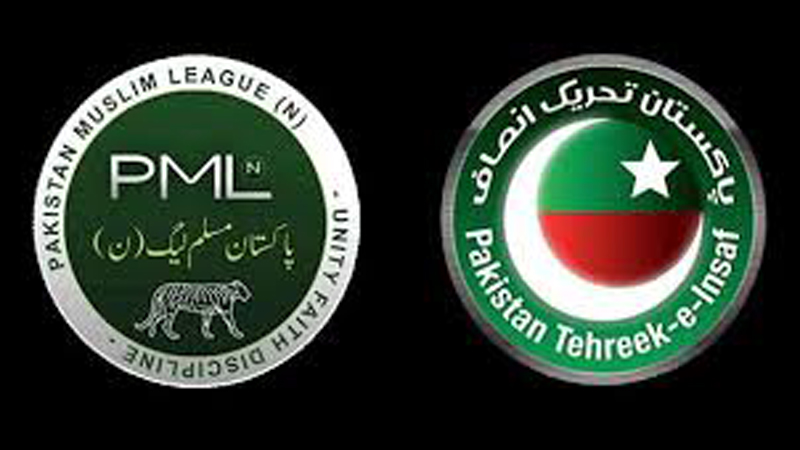 After having been an unrivaled political force in Lahore for a good two decades, the Pakistan Muslim League-Nawaz’s (PML-N) goes into the 2018 election facing a formidable foe in the form of the Pakistan Tehrik-e-Insaf (PTI). Many of the city’s 14 National Assembly seats are no longer considered safe for the N-League.

As the PML-N mobilises its support base, raising the ‘respect for vote’ slogan first coined last year following the party quaid Nawaz Sharif’s disqualification, the PTI campaign team has put a spin on the former’s slogan and its chanting ‘vote for the respectable’ in its rallies and corner meetings.

However, in NA-136 (Lahore-XIV), blood ties, biradari loyalties and patronage networks still remain the key concerns of voters and are likely to determine success on the election day.

Besides minor changes, the bulk of the area included in NA-136 was delimited as NA-128 (Lahore-XII) in the previous election. The two provincial constituencies falling in it are PP-171 and PP-172.

Meo, Khokhar, Arain, Gujjar, Jutt (Sindhu and Kalwarr), Rajput (Bhatti and Rana) and Sheikh are the major clans in the constituency.

According to former MPA Chaudhry Abdul Ghafoor, who also heads an association of the Meo clan, there are between 55,000 and 60,000 Meo voters in the constituency, followed by Khokhars whose vote strength is estimated to be somewhere between 45,000 and 50,000.

The third biggest biradari is Arain, whose number is estimated by their elders to be around 40,000. Next in line are Jatts and Gujjars, whose vote strength is estimated to be around 20,000 and 25,000 votes each.

After these big five is the vote bloc of a few thousand each of the Rajput clan (Bhattis and Ranas) and the Sheikh clan.

Muhammad Afzal Khokhar of PML-N won the seat in 2013 elections against his PTI rival XX. This time PTI has awarded its ticket to a different relative of Afzal Khokhar, Malik Asad Khokhar, who is renowned in the area for his hostile style of politics.

PPP has awarded its ticket to Rana Jameel Ahmad, while far-right Tehreek-e-Labaik Pakistan (TLP) of Khadim Hussain Rizvi has fielded Muhammad Amjad Majeed and Muttahida Majlis-e-Amal (MMA) has given its ticket to Nizam Din. There are several independent candidates in the contest as well.

In PP-171, Col (retd) Rana Tariq is the PML-N ticket holder against PTI’s Javed Umar. The PPP has awarded its ticket to Arshad Mehmood Lodhi, TLP to Muhammad Nawaz, and MMA to Ghulam Hussain.

In PP-172, the contest is between PML-N’s Mirza Javed and PTI’s Khalid Mehmood Gujjar, while PPP’s Akhtar Rasool, TLP’s Muhammad Arshad, and MMA’s Shiekh Rehmat Ali are other prominent candidates.

Afzal Khokhar enjoys significant influence over voters in Hanjarwal, Shadiwal and some areas of Manga, owing to his extensive contacts with the locals and development works undertaken during the last five years. However, his vote bank in Manga Mandi could take a hit because of resentment among the voters for the PP candidate, Rana Tariq. Recently, flexes had appeared on roadside walls in Charagh Town, Madina Town, Saleem Park, Mohallah Ahmad Abad and Feroz Park areas of Manga Mandi against Rana Tariq, for what the residents held was his failure to fix their sewerage and roads related problems.

PTI’s Asad Khokhar belongs to Kalay Kay area of Chuhng and has an old enmity with Gathay Kay area dwellers. Both sides have lost several lives in clashes over the years. Asad Khokhar exercises influence over Chuhng, many areas of Johar Town, Niaz Baig village, Manga and Bahria Town as well as in EME Scheme area.

Since the number of fringe voters is low, both PML-N and PTI candidates are reaching out to their support base among biraderi and extended families to secure their votes.

Since both parties have their candidates from the Khokhar biradari, the vote bank of the clan is split in two, with Khokhars of Chuhng siding with Asad Khokhar, who has also secured the support of the Meo biradari. This has given him an edge over his rival Afzal Khokhar, whose areas of influence are Hanjarwal Shadiwal.

A survey conducted by Daily Times suggests that the recent conviction of Nawaz Sharif and Maryam Nawaz in an accountability reference will not be a factor in the voting decision of the residents, who maintained that local issues would guide their decision instead. Due to the reputation of its candidate in the area, many voters in settlements along Multan Road seemed concerned about adverse consequences of openly opposing the PTI.

The general perception was that both provincial candidates of PTI, Khalid Gujjar and Javed Umar, were in a strong position compared to their rivals from the PML-N. This is also likely to go into Asad Khokhar’s favour.

Meanwhile, the TLP and MMA together may poll around 10,000 votes, further harming the N-League’s vote bank.