'The first period was marked by the efforts of the Afghan authorities to get Pakistan to abandon the border along the Durand Line and from the ownership of the eastern Pashtun territories to Pakistan. But in the initial period, Afghanistan's dependence on Pakistan was being formed through the supply of goods through the port of Karachi' 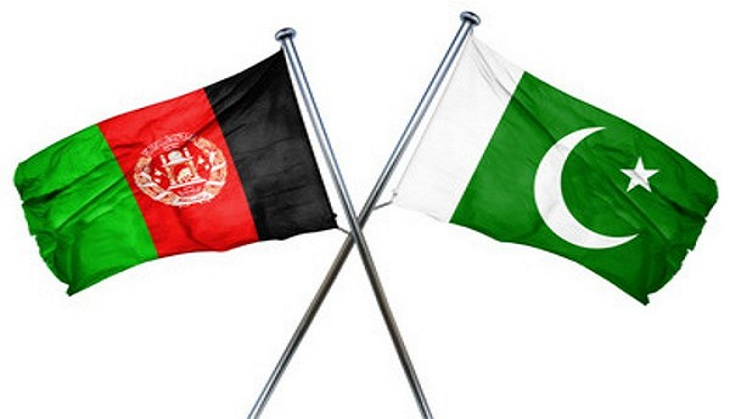 At the heart of the difficult problems between the two neighboring states, Pakistan and Afghanistan, lie historical factors and circumstances that arose in the colonial era. The most important among them was the split of the Afghan (Pashtun) area into two parts, belonging to Kabul (the Afghan kingdom) and British India. The struggle of part of the Pashtuns of India for independence either in United India or outside it, within the framework of the independent Pashtunistan, ended in failure. The formation of Pakistan with the inclusion of the lands of the eastern Pashtuns led to difficulties and problems in the relationship between Pakistan and Afghanistan. The history of Pakistani-Afghan relations is divided into six major stages.

The first stage from the late 1940s to the mid-1950s is characterized by the attempts of the Afghan authorities to use the fact that Pakistan was an entirely new political entity that appeared in 1947 after the simultaneous voluntary and forced withdrawal of the colonialists from Hindustan. The difficulties of the initial stage of the formation of the borders and the territorial structure of the Pakistani state allowed Kabul to pursue an offensive policy towards the neighbor, seeking to secure access to the Arabian Sea with support for the separatist (autonomist) in Pakistan. They were associated at the time with the uprising in the Baluchi principality of Kalat, and with the proclamation of the “Free Pashtunistan” in the Waziristan mountains, the bands of the Pashtun tribes. The first period was marked by the efforts of the Afghan authorities to get Pakistan to abandon the border along the Durand Line and from the ownership of the eastern Pashtun territories to Pakistan. But already in this initial period, Afghanistan’s dependence on Pakistan was being formed through the supply of goods through the port of Karachi.

The second period lasted from the mid-1950s to the turn of the 1960s and 1970s. Pakistan in those years basically overcame the initial “growth sickness” and significantly strengthened its economic and military capabilities. he paid attention to relations with India, which used its contacts with Afghanistan to use it to “pressure” its regional neighbor and rival. After overcoming the acute crisis in bilateral relations (the early 1960s), a period of relative equilibrium began, which was not violated even by the wars of Pakistan with India in 1965 and 1971.

The third stage covers the 1970s. Pakistan, losing as a result of the events of 1971 its eastern province, transformed into an independent state of Bangladesh. Afghanistan finds itself in an intermediate geopolitical space between the Arab states, Iran, Pakistan and the USSR. Since the mid-1970s, the role of the Islamic factor in regional politics has increased, and Pakistan has become one of the hotbeds of Islamization from above. In relations with Afghanistan, he uses Islamists as a force opposing Kabul. Afghanistan tried to play a map of ethnonational separatism that swept the western (Balochistan) and north-western (Pashtun) provinces of Pakistan, but at the end of the period, yielding to the demands of Iran and the US, tried to establish a dialogue with Pakistan, agreeing to negotiate with him on the border.

The fourth stage begins with the turn of the 1970s-80s and ends with the beginning of the 1990s. This period was the time of the most severe confrontation between the two neighboring states. The buffer position of Afghanistan was replaced by its full association with the socialist bloc headed by the USSR. The People’s Democratic Party of Afghanistan, which came to power in Kabul, carried out a policy that was ideologically the opposite of Islamabad’s. Two political and ideological projects – the socialist (Soviet) and the Islamist ones – collided on the Afghan-Pakistani frontiers, which in the cold war enjoyed some support from the West. At the same time, the PDPA tried to actively use the factor of Pashtun nationalism in Pakistan and supported the idea of ​​promoting Pashtun statehood to the south up to the Arabian Sea. Pakistan became the site for the deployment of political organizations that fled from Afghanistan, fighting against the left-democratic Kabul regime. Official relations between the countries after the introduction of Soviet troops were interrupted, negotiations on the settlement of the situation took place in the format of indirect contacts. Pakistan has powerful allies in the form of the United States, Saudi Arabia,and the Peoples Republic of China (PRC). The subversive war that was waged with the government in Kabul, the grouping of Islamist Mujahideen on Pakistani territory, was crowned with success after the collapse of the USSR.

The fifth period in Pakistani-Afghan relations takes a decade from the early 1990s to the early 2000s. Pakistan during this period largely played the role of the main arbiter in Afghan affairs, taking advantage of disagreements in the ranks of Afghan mujahideen, who proclaimed education. The Islamic State of Afghanistan, and then by the military actions that unfolded between them and the new grouping, the Islamic Taliban movement. Pakistan’s multiply-influenced influence on Afghanistan nevertheless did not allow Islamabad to solve the problem of the border along the “Durand Line” in a suitable way for itself and finally to bury the project of an independent Pashtunistan. At the same time, neither before nor after this period did Pakistan project its power on Afghanistan so directly and effectively. Using reliance on Saudi Arabia, Islamabad achieved exclusively influence on Afghanistan’s domestic and foreign policy under the rule of the Taliban regime.

The sixth stage began with the elimination of the Taliban in Afghanistan and continued until the middle of 2010. It should be noted a significant weakening during this period of the impact of Pakistan on the neighboring country. The main influence there was used at this stage by the US and its NATO allies. Pakistan had to experience at this stage the grave consequences of the retreat of the Afghan Taliban and the allied Islamist armed groups into its territory and the transformation of its northwest not only into the shelter of militants but also into the space of their sabotage and terrorist activity. Burdened by the emergence of local Taliban militants on its own land, Pakistan fell into a crisis situation and lost much of its ability to exert direct political influence on Afghanistan, continuing to indirectly and implicitly influence the situation there, providing shelter and assistance to the Afghan Taliban and its allies. The importance of Pakistan after 2001 turned into an extremely significant one from the point of view of strategic logistics in the conditions of deployment of a significant grouping of troops of the international coalition in Afghanistan. Equally significant was the role of Pakistan as a transit territory, providing Afghanistan with imported goods.

The prospects for resolving traditional disputes and conflicts between Afghanistan and Pakistan will largely depend on the nature of the regimes that will be established in both states. After the end of the crisis caused by the summing up of the presidential elections in Afghanistan in 2014, there were reasons to expect a more favorable development of the situation in the country, at least in the short term. The same can be said about the situation in Pakistan, where the 2013 parliamentary elections demonstrated the ability of the political system to avoid a crisis after the constitutionally fixed terms of office of the parliament and government. Adoption of democratic regimes can allow Afghanistan and Pakistan to strengthen political and trade-economic ties among themselves, resolve, if not de jure, then de facto border issue, reduce threats to security and cut back claims on the power of radical Islamists – the Taliban and their allies.

The writer is PhD scholar at National University of Modern Languages (NUML), Islamabad.