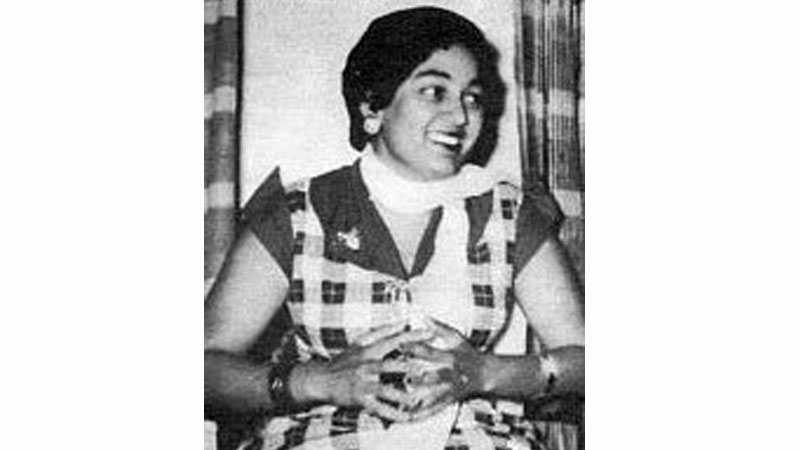 When Pakistan Television Corporation (PTV) came into being in 1964 with its pilot station housed in the sheds inside the boundary of Radio Pakistan building (next to present CPU studios) in Lahore, its presentations used to be telecast LIVE for three hours daily, from 6 to 9 in the evenings. Daily transmissions had music programmes as its essential ingredient; folk, classical, traditional and Pop. Since these programmes had to be telecast without any flaw, necessary rehearsals had to be done beforehand, both for music and plays. Veteran founding producers Aslam Azhar, Agha Nasir, Fazal Kamal, Nisar Hussain, Sikandar Sheheen, Zaka Durrani, Mahrukh Niazi, announcer Tariq Aziz, Engineer Muhammad Zubair, Cameraman Nisar Mirza and Anis Daddy and alike used to sit in the cabins next to the studios. Zaheer Bhatti and Syed Rizi Tirmizi (both on loan from Radio Pakistan), Muhammad Nisar Hussain and Kanwar Aftab Ahmad however were housed in a rented bungalow located to where presently a commercial plaza exists next to Empress Tower (opposite to the present Radio Pakistan premises). This bungalow also accommodated a rehearsal room. It was the property of Agha Bashir, a retired Radio DG. I used to rehearse with other music artists from 1965 onwards here. Our music composers included Suhail Fazali, Zameer Haider (son of Master Ghulam Haider), Khadim Hussain Faizi, Khalil Ahmad and Akhtar Hussain Akhian, the latter two after having moved to PTV from film industry because of their lean periods there. Later Wazir Afzal joined the bandwagon. I was there till September 1968 when I moved to England for my higher studies.

All artists used to gather in the rehearsal room before they went LIVE on air. Shabbir Hussain used to accompany on Harmonium, Muhammad Hussain Alvi on Tabla and Ustad Sharfuddin on Sarangi. Some of the artists included Bilquis Khanum, Hamid Ali Bela, Ashiq Jutt, Khursheed Begum, Nazeer Begum, Mushtaq Hashmi and alike. On few occasions we met a young fair complexioned girl with a thin voice there, almost childish voice, namely Kausar Parveen who had also moved temporarily to PTV from film industry. She had married music composer Akhtar Hussain Akhian by then. I had noticed that due to music practice she had started sounding as a comprehensive voice now, perhaps due to her husband’s training.

Kausar Parveen was known as the younger sister of singer Riffat Ayesha (film name Asha Posley). Riffat Ayesha was an approved voice of Radio Pakistan and used to perform in its monthly bookings as a singer. She acted in some important films of 1950s like ‘Intizar’. She had a heavy, deep voice as opposed to her sister’s. They had another sister namely Rani Kiran, heroine of Pakistan’s first film ‘Teri Yaad’ who worked opposite Nasir Khan, Dilip Kumar’s younger brother. These sisters were best known as the three famed Nath sisters. They hailed from Patiala, now in Eastern Punjab in India. Kausar Parveen was born in 1933.

Incidentally India’s film ‘Shart’ produced the same year had the same song composed by Hement Kumar and lyrics were by S. H. Bihari filmed on an unknown actor Deepak and female version by Geeta Roy filmed on Shyama. This song emits piety in the emotions, honesty in expression and simplicity of the lyrics – all woven in by the soulful voices.? I wonder what compulsions made an original composer such as Baba Chishti to go for plagiarised version!

In 1955, Kausar Parveen gave a popular number ‘O! Maina Na Jane Kaya Ho Gaya, Mera Dil Kho Gaya’ filmed on Sabiha Khanum for the film ‘Qatil’. This was a successful film with music by Master Inayat Hussain. Another hit of 1955 was the lullaby ‘Raj Dularey’ from Sworan Lata-Nazeer film ‘Naukar’ with music by GA Chishti. Lyrics are by Qateel Shifai. Actress Ragini and Zeenat were in the support cast. Film version was sung by Munawar Sultana. The tune seems plagiarised version of SD Burman’s tune ‘So Ja Re So Ja’ rendered by Lata from 1953 film ‘Jeevan Jyoti’ filmed on Chand Usmani. In Pakistan, it was used in the film Naukar (1955) which was a bigger hit.However, the 78rpm records were released in Kausar Parveen’s voice, and it is the Kauser’s version that is remembered even today and it became one of the most popular songs of her career.

Song rendered by Kausar Parveen with Saleem Raza ‘Raat Ho Gai Jawan’ is a lilting number. It is a melodious Piano number composed by Safdar Hussain for 1956 movie ‘Sabira’. Lyrics are by Tufail Hushiyarpuri and cast comprises Sworan lata and Nazir.

Feroze Nizami was a very well respected music composer due to his work on India and Pakistan. He composed ‘Dharak Raha Hei Dil’ for Kausar Parveen in his film ‘Qismat’ in 1956. Kausar sounds tuneful in her honey dripping voice laden with pathos in Nazir Ajmeri’s lyrics. A popular duet with Fazal-e-Hussain from this film ‘Pyar Bhara Dil Torne Waale’ is also from this film. It is Santosh, Musarat Nazir and Asha Posely film. In all the songs mentioned above, these songs made use of Kausar Parveen in mellow tones.

Movie ‘Saat Laakh’ was a successful Pakistani film in which music composer Rasheed Attre gave break to Kausar Parveen in the song ‘Sitamgar Mujhe Bewafa Janta Hei Mere Dil Ki Haalay Khuda Janta Hei’. Cast was Sabiha Khanum, Santosh Kumar, Nayyar Sultana, Neelo, Asif Jah, Talish and Nighat Sultana. The other Kausar Parveen songs were ‘Yei Tirchi Nazar, Yei Patli Qamar, Har Cheez Yehan Bik Jaati Hei’ pictured on dancing girl Nayyar Sultana. The story revolves around Sabiha, an heiress who has to get married to inherit seven laakh rupees (a lot of money in those days) if she got married, otherwise the money would go to her gambler brother Himaliyawala. Luck runs into her when Santosh climbs through her window her followed by police for a suspected murder. She makes a deal with Santosh that she shall give him cover if he agrees to marry her. Compelled by circumstances they get married the same day. Sabiha separately agrees through her lawyer to call the police after three days when she has bagged her inheritance. However in the bungalow on the hills, escape from a snake, a flower seller, song of a dancer brings them close to each other. The first song filmed on Neelo ‘Aye Mausam Rangeele’ comes their way while going to mountains. Sabiha compels Santosh to sleep in separate rooms. Meanwhila Sabiha comes close to Santosh and when not wanting to get separated from Santosh and deciding to call off police, it is too late in the day. The second half of the film decides whether Santosh is a murderer or not and how Sabiha escapes her brother’s gang and so on. Beautiful songs by Saifuddin Saif fit in this story also written by Saifuddin Saif like ‘Main Nashe Main Hun’ (Salim Raza) and ‘Qarar Lootne Walee’ (Munir Hussain). This film was directed by Jaffar Malik and produced by Saif Saheb. Hasan Tariq, who became a well-known director subsequently, was one of the Assistant Directors in this film.

I remember I was in school when I went to watch the film ‘Jabroo’ in Qaiser Cinema on McLeod Road, Lahore just to listen to the song ‘Menu Dandian Ghara Kei Dei Gaya Ni Munda Majhe Da’ composed by Master Ashiq Hussain who died in poverty last year. It was filmed on Yasmin and I consider this song as one of Kausar Parveen’s representative song. The other cast comprisedAkmal, Talish, Sikandar, Shahana, Nayat Sarhadi, Imdad Hussain.Lyrist of the songs of this film was Tanvir Naqvi, Saifuddin Saif, Saghar Siddiqi, Hafiz Amratsari and Sikkedar. The other singers were rendered by Inayat Hussain Bhatti, A.R. Bismal, Fazal-e-Hussain. Director was Muzaffar Tahir and Producer, F.S. Salahuddin. The success of this film much owed to this song.

A classical dance number with many Tablas playing simultaneously in the introductory piece end up in a sad song ‘Har Qadam Pei Situm’ for the 1956 film ‘Hameeda’. Music was given by Safdar Hussain. Kausar Parveen’s voice sounds raw; Safdar’s effort gone wasted. Tassaduq Hussain was a very melodious music composer to whose credit music of Mirza Ghalib is acknowledged with respect gave Kausar Parveen a dance number ‘Mut Jao Aaj Ki Raat Piya’ in the film ‘Choti Begum in 1956. On screen is Naeem Hashmi with an unknown dancer. Cast of the film comprised Sabiha Khanum, Sudhir, Asha Posley, Rekha, Diljeet Mirza, Saleem Raza, Naeem Hashmi, Nadira, G.N. Butt, Maya Devi. Lyrist was Qateel Shifai. Singers were Kausar Parveen and Saleem Raza. Film was produced by Malik Mehboob Ahmed and directed by Syed Atta Ullah Shah Hashmi. Another song filmed on Sabiha is ‘Mere Baghban Main Hun Woh Chaman’. It is a Ghazal in sad mood as her husband Sudhir flirts with Asha Posley. Kausar Parveen was lucky as she got the best heroine Sabiha Khanum to mime for most of her songs.

Kausar Parveen bagged a very nice song with Salim Raza ‘Tum Mile Zindigi’ for the film ‘Kuwari Bewa’ with music by Rasheed Attre. Directed by Luqman it was debut film for Shamim Ara.

After producer/director WZ Ahmed came to Pakistan, he only directed two Urdu films Roohi (1954) and Waada (1957). Another film ‘Wafa Ki Ada’ could not be completed due to unknown reasons. Both of these released filmsare considered as classics today. ‘Roohi’ became the first film to be banned by the Censor Board of Pakistan for generating class hatred and showing rich married woman having an affair with a younger unmarried man. But it was later released with “required” editing.