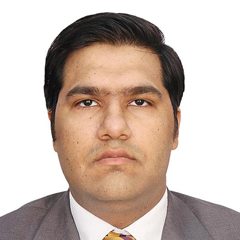 An open letter to the people of Karachi

We will continue to stand for this city, for you, and for your children. And we need your support.

July 25 is near — an important day for the country in general, and for Karachi in particular.

As a member of the Pak Sarzameen Party (PSP) and a contestant for the PS-128 seat, I am certain that the people of this megalopolis will reject the boycott call issued by a “lost glory”.

Rest assured this letter is not about the “big brother” and his sinking political legacy, which is once again aiming to loot the city by selling the Muhajir cause. Obviously, when you have nothing practical to show, you have to stick with rhetoric.

Dear Karachi, the biggest injustice that happened with you lately is that you have been undercounted in this census. The census is not just a record for bookkeeping; in fact, it is a compilation of data under which resources are allocated.

Let’s say that there are ten people in your house, and an authority has counted only five members, you will only get the resources the records say you should have. Karachi, our home, has been recorded as housing 16 million people.

Let’s look at the facts now; in 2013, a Pakistan Peoples Party (PPP) senator sought data from National Database and Registration Authority (NADRA), which showed that Karachi’s population was 21.4 million. Bear in mind that this was in 2013.

One doesn’t need to be a super genius to know that the actual population of the city today will far exceed 21.4 million.

Now here comes the interesting bit; despite knowing that the census department has been inefficient — or more appropriately, please allow me to say, dishonest — to the people of Karachi, the same party’s former chief minister Syed Murad Ali Shah, signed the census summary. He gave it a formal approval and endorsement.

Now let’s look at the role of Muttahida Qaumi Movement-Pakistan (MQM-P). The party filed a petition, but it was rejected. It went back home and left the cause, abandoning the city and its people. But we aren’t like them.

PSP Chief Syed Mustafa Kamal’s petition is seeking a directive from the Election Commission of Pakistan (ECP) to re-allocate the seats of the national and Sindh assemblies based on fresh Nadra data, which has been approved for hearing after the election. Our struggle continues. This is not the end of the road. Hopefully, we will unearth the ones responsible for this criminal blunder. A new Pandora’s Box will be opened soon.

Before you cast your vote, do take into consideration that among the rest there is only one party in this metropolis that doesn’t add identity binaries to its politics.

We will continue to stand for this city, for you, and for your children. And we need your support.

The writer is Member National Council, Pak Sarzameen Party can. He can be reached at taha780@hotmail.com