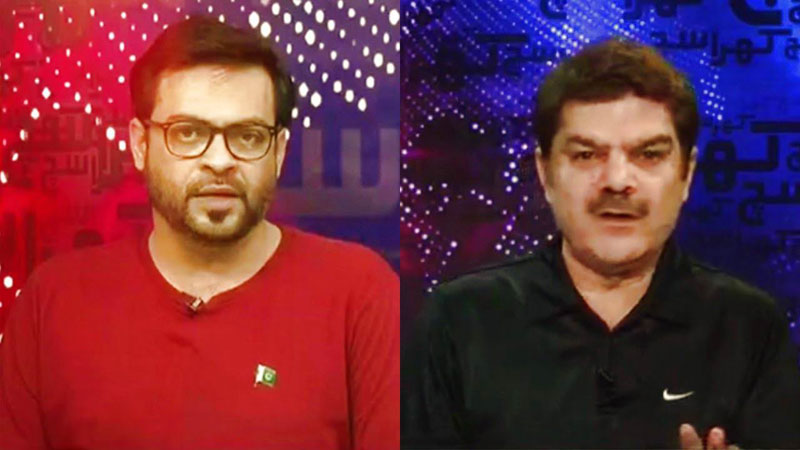 PTV, never praised for its journalistic telecast, serving merely as a communique of government, has always been accredited for the mastery exhibited in the department of playmaking. To some, the success is a result of the opulence of the screenwriting talent available. With the likes of Anwar Maqsood, Fatima Surreys Bajjia, Ashfaq Ahmad, Bano Qudsiya, Munnu Bhai and Haseena Moin at its helm, the institute has seen glory of which the newcomers can only dream of. But, we will not engage in this, nor is this piece meant to reminisce the old days.

With a plethora of private drama channels running plays 24 hours a day, the quality was sure to be compromised. However, one thing which has dwindled quicker than the standard of the plays is the popularity of the screenwriter. One may blame it upon the caliber of the playwrights. But after all, we still see masterpieces, no matter how sporadic those may be. Not every play aired is Anghan Terha or Ashyana, but we do get to watch the likes of Pyar e Afzal or Sang e Mar Mar in a year or half. Then why is it that screenwriters, which once used to be household names, now struggle to get half a ton followers on Twitter?

Today, the nature of TV shows has undergone a drastic change. With political talk shows achieving the status of rating magnets, the caliber of the host is measured in decibels, and the one who can yell the loudest gets the job

PTV, being the only channel at one time, had the responsibility of airing a variety of programs – programs that entertained, programs that would educate. So along with dramas, tutorials and religious shows, talk shows provided a likeable option to the producers. Being a state run channel, discussing politics, and that too without controversy, would have been a tough job (thankfully). As a result, culture, arts and philosophy formed the preferred pool of topics for discussion. And who else could do these better than writers? ‘Zaavia’, a very famous show, which focused on social issues, was hosted by the legendary playwright Ashfaq Ahmad. Ashfaq Ahmad, who had already gained popularity in the masses with his radio show ‘Talqeen Shah’, augmented his status as an intellectual through it and is still considered a popular reference of wisdom in the populace.

Anwar Maqsood, another eminent screenwriter and probably the most prolific as well, hosted a number of shows. Along with Moin Akhtar, the duo gave some of the most unforgettable satire performances of television history. His sharp wit made him a popular choice for hosting shows of ceremonious nature.

But today, the nature of TV shows has undergone a drastic change. With political talk shows achieving the status of rating magnets, the caliber of the host is measured in decibels, and the one who can yell the loudest gets the job.

It is said, while writing plays, Fatima Surriya Bajjiya would move to PTV headquarters with her belongings. She would write, eat, sleep, and sometimes knit sweaters there. While doing so, she also served as a consultant. Anybody facing a problem regarding content or linguistics would consult her. Such level of involvement was a major factor in consolidating the position of writers as authority figures.

The very prudent looking writer explaining his inspiration on screen is, now, replaced by an ill-trimmed shoddy guy sitting in a distant corner at a private party lamenting about the trouble he faced after the guard at the entrance refused to recognise him

In contrast to that, a good number of dramas made today are adaptations of novels. The job of the novelist mostly ends with the consent to allow dramatisation, and any further involvement seems unnecessary. Trims and cuts are handled by the content team, which can do the job more effectively and at a better pace. The writer might not even get to visit the set. Compare this to the scenario of Adnan Siddiqui and Mishi Khan getting pronunciation classes from Surriya Bajjiya before a play. 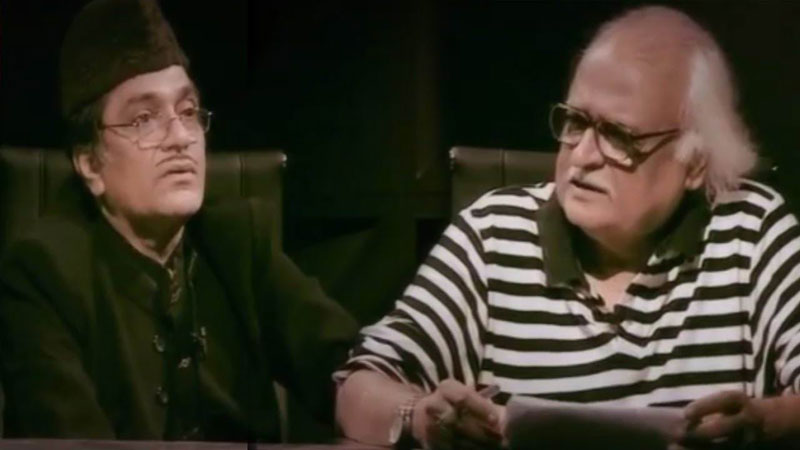 With a total of seven dramas being aired in a week, one would often come across a function to celebrate a serial’s ending, where the cast and the production team would share their experience of the dramatisation process. Such ceremonies were sometimes aired before the start of a play as well. It was there when the viewers were most likely to know about the writer. With a deluge of dramas released in a calendar year by every major production house, it has become nearly impossible to host such grandiose events for every drama, and the tradition has been replaced with private success parties. Thus, the very prudent looking writer explaining his inspiration on screen is, now, replaced by an ill-trimmed shoddy guy sitting in a distant corner at a private party lamenting about the trouble he faced after the guard at the entrance refused to recognise him.

There might be other factors, including following earned through journalism (Munnu Bhai, Ata ul Haq Qasmi), which might have given the wordsmiths their well-deserved recognition. However, while it is without doubt that the veterans enjoyed limelight unlike contemporary writers; those of today seem to get better take-homes for their toils.