All you need to know about ‘Fortnite’ 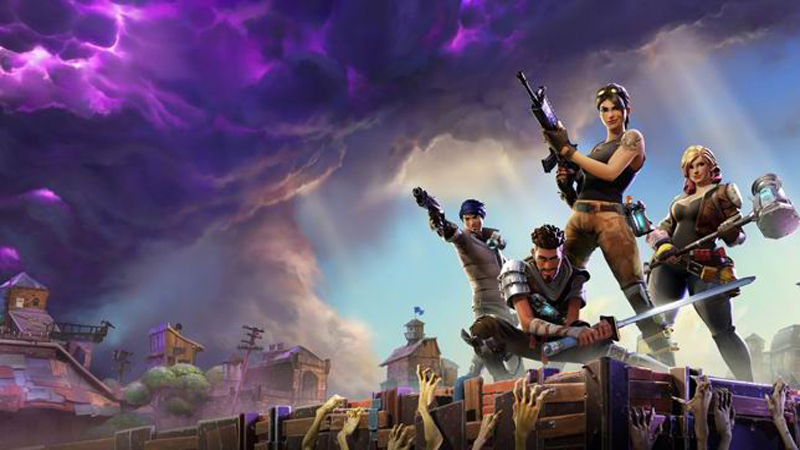 “Gaming fans are everywhere, coming in all ages and genders, and developers have grown up, toom” says Warren Spector, an American role playing and video game designer.

Nowadays, everyone is talking about a sensational online game ‘Fortnite‘all over the internet especially social media. There are a lot memes of this game circling around on Facebook and Twitter and it has become one of the popular multiplayer games worldwide among people of all ages.

But what is Fortnite?

It’s a multiplayer online game in which different players play together as team or individually, mostly against one or two opponents.

This game has huge open-world environment where players are basically the survivors of a storm that nearly finished 98 percent of the Earth’s population. Along with that, survivors are troubled by different creepy creatures like zombies.

Moreover, Fortnite was officially released in July 2017 by Epic Games and it is available on various gaming consoles and platforms like Xbox, PlayStation, PC and iOS. There is no Android version released as of yet.

This game has two different modes, one is paid for the early access that’s ‘save the world’ which is not so much popular among the youth as compared to the second mode which is called Fortnite Battle Royale, which is free mode of the game that was released in September 2017.

In the paid mode, players choose a character from a list and then they work as team to complete missions and defend each other from zombies and various creatures. Each player can earn experience points by which their characters get more developed and get the opportunity to buy new weapons and new skins. This game gets updated on regularly basis as new locations and new stuff starts to appear.

However, most popular free mode of the game allows round about 100 players who can play as team or individually who are dropped from the bus carried by an air balloon on to different locations on map that has various items like weapons, shields etc which are helpful items for the characters.

Each player or team has to survive while fighting against their rival in order to win. Basically, in simple words, the last person or team standing will win the game. Each player after winning earns a currency and then have the ability to buy various items and dance moves which can be quite fun.

Apart from the game’s huge success, the fantastic dance moves in Fortnite have become viral among the youth. People are challenging each other by making videos and dancing like the characters shown in the game.

Even the France’s national football team players like Antoine Griezmann, who plays for club Atletico Madrid, does Fortnite dance moves occasionally when he scores a goal or wins the match.

On the other hand, many parents have also started worrying about their kids due to their gaming addiction which could have serious consequences.

But who knows how long this game would stay as recently the company the producers of this game has announced the Fortnite Battle Royale World Cup in 2019 which allows the players to win the prize money of $100 million which is huge.