Despite Mexico’s win against Germany, fans celebrate on both sides 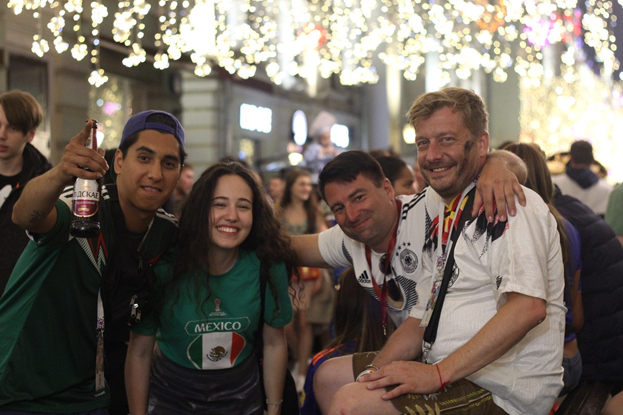 As final seconds of Mexican-German match ticked down, Moscow braced itself for something epic. The sombrero-wearing guys had been celebrating round the clock for 4 days now – making it look like Nikolskaya (a street within 500 meters from the Kremlin turned unofficial fan-zone) was hosting something in-between a full-on Mexican carnival and a never-ending college frat party. And all of that before their team even had a chance to play. Now, what kind of an epic rant would they go on, we thought, after beating one the top favourites, the German machine?

Well, it turned out, there was nothing to fear. As sombreros poured into the unofficial fan-zone at Nikolskaya street (within 500 metres from the Red Square), Mexicans seemed just normal. 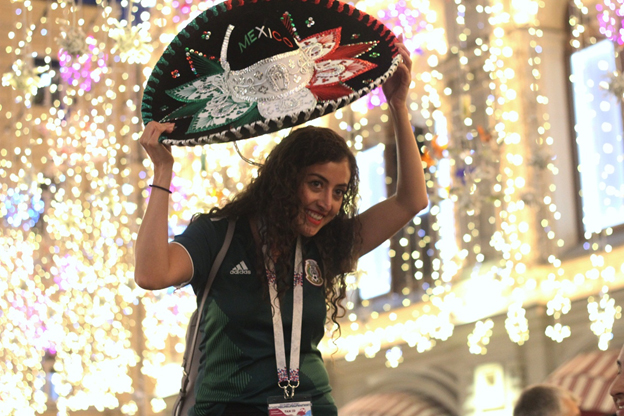 “Vivo Méjico!” – one would hear every now and then, here and there, or just everywhere at the same time. A cry that would be immediately echoed by hundreds of other fans – Russian, Columbian, Polish, even some Germans – who were all cheering for the unexpected winner that night. 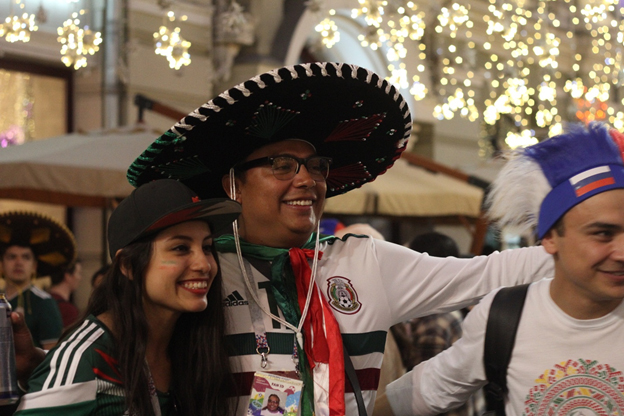 That is, by the way, what they passionately admit themselves as you can hear in this chant that just says: “Alcohol! Alcohol, alcohol, alcohol!”

Germans and Mexicans having a good time after the match. #Russia2018 pic.twitter.com/jbwTRAfr2T

Not they are much different from other fans in that regard. “Germans are here, we are drinking, we get the trophy” – chanted Germans before the match to the motive of the most famous Russian folk song, Kalinka-Malinka.

Some of the current champion’s supporters celebrated no less passionately then the winners.

Mexico and Germany fans having a good time after conclusion of the fixture between the two counties, which saw Mexico beat Germany by a goal. pic.twitter.com/iZ3iPjwpNq

And there are only two possible explanations for it. Maybe they are still confident to defend their champion status or the newly-arrived German fans were just carried away with the general atmosphere of overwhelming all-uniting joy and revelry. So they tuned in and celebrated being in Russia.

The writer is a traveler, a journalist and a passionate Moscow explorer and guide. She studies International Relations and is opening Russia to the world with the World Cup. She can be reachedt at Instagram and Twitter @formulagerona