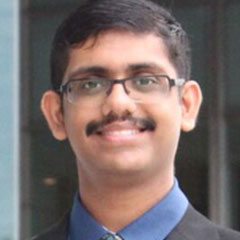 Whether Musharraf wins or loses any seat in the Nation Assembly, his mere participation in the elections will have a significant impact on the development of democracy in Pakistan

Last week, Chief Justice of Pakistan (CJP) Mian Saqib Nisar announced that erstwhile dictator General (R) Pervez Musharraf will not be arrested if he returns to Pakistan. Furthermore CJP Nisar has guaranteed that if Musharraf wants to run in the upcoming General Elections, his nomination papers will be received by the returning officer. However, the condition is that he appear in person at the Supreme Court Lahore Registry on June 13.

This has rolled the carpet for Musharraf’s comeback into the Pakistani political scene. It has been speculated that he will be running from multiple seats, although it ispossible that his campaign would be primarily focused on the hotly contested NA-250 Karachi (South). He will also be on the ballot in Chitral, Layyah and Gwadar, under his party banner the All Pakistan Muslim League (APML).

According to the official list of political parties on the Elections Commission of Pakistan (ECP) website, Musharraf is the Chairman of the APML. It is not clear how or why Musharraf has been allowed to remain party chief after the Supreme Court of Pakistan ruled that disqualified persons were banned from occupying party leadership positions, forcing Nawaz Sharif to step down as President of the Pakistan Muslim League-Nawaz (PML-N).

Regardless, whether Musharraf wins or loses any seat in the Nation Assembly, his mere participation in the elections will have a significant impact on the development of democracy in Pakistan.

First and foremost, in order to advance the development of democracy in Pakistan it is essential that someone is punished under Article 6 of the 1973 constitution for high treason otherwise, it would set another bad precedent. The Supreme Court claims that the so-called’Doctrine of Necessity’ lies buried; but if it is serious about this claim, it has to ensure that Musharraf gets his just rewards for suspending the Constitution and attacking the judiciary in 2007. Article 6 of the 1973 constitution whichsays,”Any person who abrogates or subverts or suspends or holds in abeyance, or attempts or conspires to abrogate or subvert or suspend or hold in abeyance, the Constitution by use of force or show of force or by any other unconstitutional means shall be guilty of high treason”, must never be forgotten.

The punishment itself can be negotiated. Whether it is a small fine or a death sentence does not matter. What matters is convicting a former military dictator. The objective in this case should not be retributive justice. The message must be delivered to those culpable under Article 6, that there is no more doctrine of necessity to protect them. If this cannot be done, then the doctrine could rear its ugly head once more. The ideology of Pervez Musharraf bears little relevance in today’s democratic Pakistan. Today, he is nothing but a symbol of a past which should never return. As described by Allama Iqbal “Sultani Jamhoor Ka Ata Hai Zamana Jo Naqsh-e-Kuhan Tum Ko Nazar Aye, Mita Do” (The era of the rule of democracy has arrived, whatever symbols of the past you come across, annihilate it.)

Nawaz Sharif has long alleged that he was actually disqualified because of the treason trial against Musharraf. Allowing Musharraf to participate in the elections, while Nawaz stands disqualified, will only prove the latter’s allegations to be true

Nawaz Sharif has long alleged that he was actually disqualified because of the treason trial against Musharraf. Allowing Musharraf to participate in the elections while Nawaz stands disqualified will only prove the latter’s allegations to be true. Moreover, this will also adversely impact the credibility of the judiciary in the eyes of the people of Pakistan. As former US President Franklin D Roosevelt famously said “In politics, nothing happens by accident. If it happens, you can bet it was planned that way.” Given Pakistanis’ infatuation with conspiracy theories, the CJP’s move will only benefit the PML-N by adding weight to Nawaz Sharif’s narrative that the establishment has turned against him. It will also create a sympathy factor for the PML-N by showcasing the victimisation of their popular Quaid (leader).

On the other hand CJP Mian Saqib Nisar’s conditional offer to Musharraf could be a trap to lure him into Pakistan using the elections as bait. Even after getting elected it is absolutely possible for Musharraf to get disqualified and thrown into jail. In such a scenario, CJP Mian Saqib Nisar can be said to have adopted the Sun Tzu strategy: all warfare is based on deception. If the judiciary demonstrates its ability to punish both civilian and military leaders it would emerge as the most powerful institution in the Pakistan, establishing the concept that nobody is above the law.

The writer is an expert analyst on Pakistan’s Foreign and Domestic Politics. He can be reached at anishmisrasg@hotmail.com