Reham-Hamza saga and the fall from grace 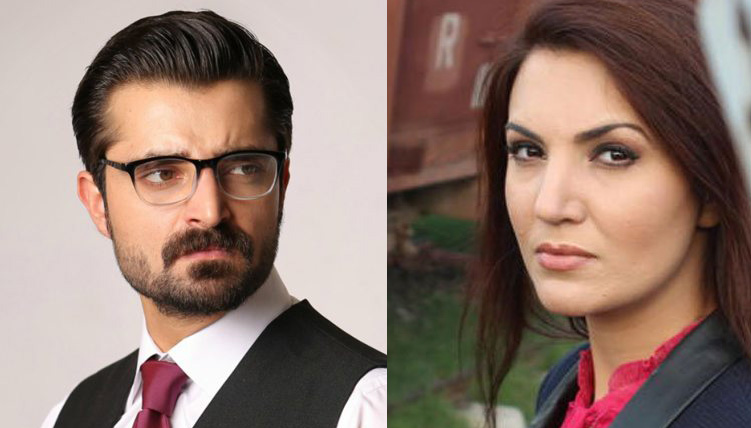 In the wake of the Reham Khan and Hamza Ali Abbasi feud, it has become necessary to question where the prominent personalities in our society are leading us.

Two fairly reputable people, both with substantial followings, have smothered their reputations in the wake of unproved accusations against one another. Quite like the feuds before them, notably of members and followers of PTI, Abid Sher Ali, Maryam Nawaz Sharif, journalist personalities, but perhaps more vindictive in nature.

There was a time where differences were settled in courts, committees. Today, many differences are still settled by unlawful jirgas and handled by those unable to bear the responsibility of ‘justice’ in a divided society where there is growing dissent towards the political system.

We seem to condemn the nature in which justice is brought physically in society, but appear to be silent to the rip-roaring way in which media personalities portray their troubles on social media.

Which are perhaps not physically damaging to our society in the way conventional methods of revenge and retribution are, but are intellectually and emotionally damaging to the newer generation that will form the basis of the next society.

Kangaroo Courts (jirgas) have become a trend on social media too, despite being frowned upon in real life. And we all seem happy to cheer on those who bring their dirty laundry to the platform and insist we join in to help them wash it.

If a member of a political party is leaving, we find it out through a tweet or a post. If a case of harassment has taken place, it is addressed on a website first before an actual FIR is put in. If a social elite has an issue with another social elite, he/she confronts them online before in person.

Many of the recent confrontations in the political and social sphere have taken place on social media, but not quite materialised afterwards.

And often, these confrontations and accusations have not been civil in nature.

This is where the problem begins.

More often than not, they are scandalous, perpetuated towards creating drama and set out in a manner that constitutes to propaganda and is done more for public opinion than one’s own need for justice or closure. This defeats the purpose that they came with, the morals hat they claimed they live by and earned a substantial following from.

What is harrowing is, that it isn’t the younger generation (a more tech-savvy and social media aware clique) that partakes in this regressive behaviour, but the supposedly more mature and ‘educated’ personalities in Pakistan’s social make-up.

The kinds of unruly behaviour we criticise on talk-shows and in press conferences, is exactly the kind, all generations, both young and old, are accepting on platforms like Twitter.

Whilst protesting against the stabbings, lynches, shootings of vulnerable women and men, acid attacks and burns, we have forgotten to tackle the mindset that leads to those events. A mindset of intolerance and vengefulness that is embedded into this society, openly being displayed by the very people we idolise.

The way our society chooses to deal with its personal problems, is a reflection of where we are heading. How can we expect justice, when the celebrities in our society, have deemed it acceptable to settle your scores through personal attacks and propaganda, rather than dealing with our differences in a more sophisticated manner through the right mediums.

When personal trials begin turning into a reality TV show, we are destined to get an audience, not a jury.