Trump’s pullout is a gift for the Iranian hardliners. And Eruope isn’t having any of it 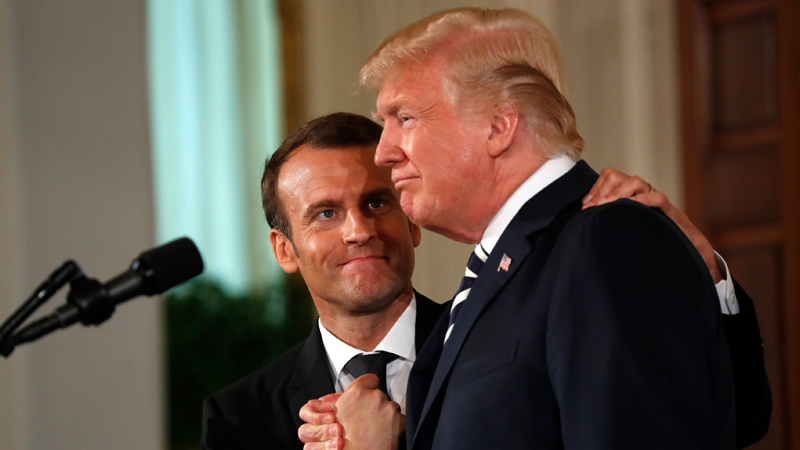 The Joint Comprehensive Plan of Action (JCPOA) was signed in 2015 between P5+1 (US, UK, France, China, Russia and Germany) and Iran to stop Iran from getting nuclear weapons. It helped preventing Iran from production of fissile material for at least 10 to 15 years. However, the US President pulled out of the nuclear deal, which is possibly the greatest blunder ever by the US that not only damages the ability of the West to prevent Iran from getting nuclear weapons but also undermines the credibility of nonproliferation regime which works for the nonproliferation of nuclear technology on global level. This unilateral decision by the US would necessarily draw Iran closer to China and Russia. In fact, the move by the US has somewhat already pushed these three states closer to each other.

Iran is already helping Russia in favour of Bashar al-Assad in Syria. The head of the Iran economic affairs Mohammad Reza Pour Ebrahimi stated that “our ties with Russia would be strengthened and not only will the previous agreements remain in force, but, there will be new ones, there will be new contracts”.

Iran nuclear deal had not only managed to roll back the Iranian nuclear program, but also set in place strict monitoring measures to prevent Iran from ever acquiring nuclear weapons. This deal and strict security measures played an important role in preventing Iran from developing highly enriched Uranium and Plutonium needed to make a nuclear bomb. President Trump withdrew from this deal without offering suitable substitute. It is interesting to note that that this move by the US has in fact isolated the US by separating it from its European friends; they are not happy with the US over this step. Iran’s President Hassan Rouhani said that Iran would remain committed to the deal and would achieve the goals of the deal in cooperation with the other members. According to the statement of President of the European Commission, Jean Claude Juncker, “European companies would not comply with American laws against Iran and it will launch laws that ban European companies and courts from obeying US sanctions against Iran”.

According to the international nuclear experts President Trump has handed a huge gift to Iran by freeing it to build up nuclear weapons and containing international inspections. Trump’s decision has increased the probabilities of war as Iran can now build nuclear weapons. It also undermines the US’ influence around the globe. It proves that the US cannot be trusted with its promises. It would also increase Iran’s hostility towards the US and its presence in Syria and Iraq. The US withdrawal from the deal also puts a serious question mark on the diplomatic efforts of Obama and the EU. If Trump is thinking about a better deal to renegotiate he would find it very difficult because Iran would no more trust the US which just unilaterally withdrew from the deal that was successfully being followed by Iran through regular IAEA inspections of its nuclear sites. The US would be disappointed if it expects that Iran would give up its regional activities in Syria and Iraq. Iranian military officials said that Iran would not come under the US pressure to limit its military activities in the region.

There is also a possibility that Iran might move to another extreme to enhance its security. Russia and China would also increase their cooperation with Iran as Russian interests already match with that of Iran and Iran-Russia partnership would limit the US influence in the region. It would also increase Iran’s dependence on Russia and trade between both states. This move by the US has intensified the Iranian nationalism. When Iranian public will face the re-imposed sanctions again, their hatred would be increased against the US. Hence, one can rightly say that it is the US gift for the hardliners in Iran which challenges the podium of moderate elites like Hassan Rouhani. It not only justifies the hardliners’ arguments but has also managed to considerably increase the dominance of Iranian hardliners, hence closing the doors of diplomatic interaction with Iran in the future.

The author is a Research Associate at Strategic Vision Institute Islamabad.