'My husband is my best friend', says Faryal 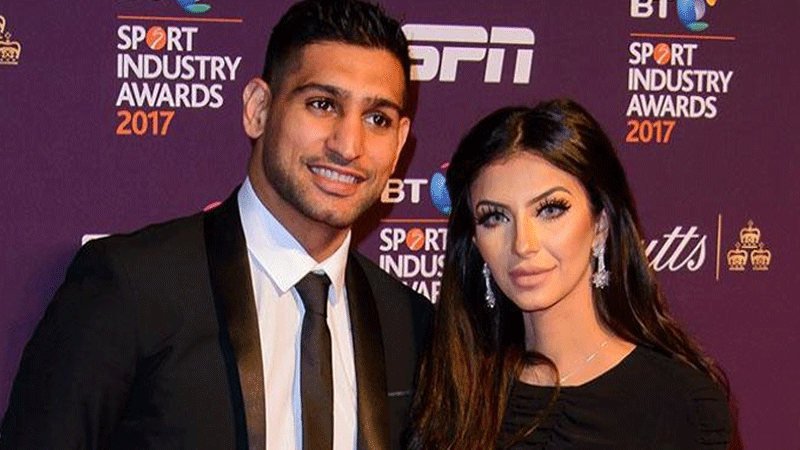 Serial love cheat and British-Pakistani boxer, Amir Khan, made it to the forefront on Sunday, once again, in his sordid line of philandering arrangements with women behind his wife’s back.

This insightful divulgence is exposed in yet another public affair that has hit rock bottom, as it makes its way just a month after the boxing legend became father to his second child. According to a report published in The Sun, 22-year old Sophia Hammani claimed that “she met Amir at a club in London earlier this month, and they spent a night together.” She added that the former World Champion, worth  £23 million, left her just £20 for a cab to take her back home after their cosy affair.

She went on further, stating that she found out about him still being married to Faryal when she reached her apartment following the romantic embroil and saw a picture of the family that he had uploaded, himself, to his Instagram account. The picture came with a caption that read they were about to jet off to Pakistan to celebrate the month of Ramazan. 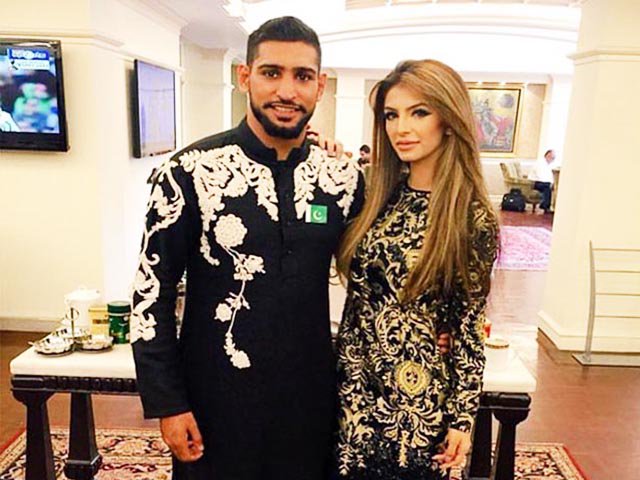 “He makes me sick. I cannot believe this man. He’s disgusting. He slept with me, and his wife had just given birth. I nearly threw up when I saw they were still together. I felt so used,” Sophia stated.

“When Faryal got in touch, I was terrified, as by then I’d read all about Amir, and I thought she would be furious with me. But as the conversation went, it was a sisterly chat,” she unveiled. “That must be every wife’s nightmare. That poor woman.”

For the sake of obtaining hard objective truth, I will equate in this dialog the second, as well as an even more valid third, side of the story that will leave me satisfied at how I’ve done a reasonable, fair day’s work. Khan, in response to Hammani’s claims, tweeted the subsequent argument on Sunday: “What total nonsense! She wanted a picture but was told to leave by security due to her being too drunk. IMO, that’s the reason she sold a story. Quite strange is the fact that there is no photos of us together. Supposedly, I gave her £20. Is that all she’s worth?” The renowned boxer tipped this off with a hysterical ‘tears of joy’ emoticon at the end.

What total nonsense! She was wanting a pic but was told to leave by secruity due to her being too drunk. IMO that’s the reason she sold a story. Quite strange at the fact that there is no photos of us together 🤔. Supposedly, i gave her £20, is that all she’s worth? 😂 pic.twitter.com/w4jWFkjBBH

Earlier, in the wake of 2018, Amir revived the blueprints of misogyny through a stereotypical, sexist, and stigmatising discourse, by making profound claim that grabbed eyeballs hitherto. He lamented that women ‘won’t leave him alone’ and constantly “pester” him in bars, but he doesn’t want to be rude by telling them to “go away”. He also claimed THEY messaged him first.

“I think it’s unfair these girls message me first,” Amir told The People.

Khan’s attempts at shaking off his lothario image came after he was hit by more claims that he had exchanged a scuffle of messages with two other women, apart from the ones who had already shoved him into the spotlight before. Earlier in January, the boxer was subjected to quite the probing, for sending a glamour model, Sandy Hunter, dozens of messages, while pregnant wife Faryal Makhdoom was sitting at home. A second model, Emma Bond, claimed he’d left her a trail of 77 messages, all in a row, trying to hook up with her, despite publicly claiming that he was a ‘changed man’. 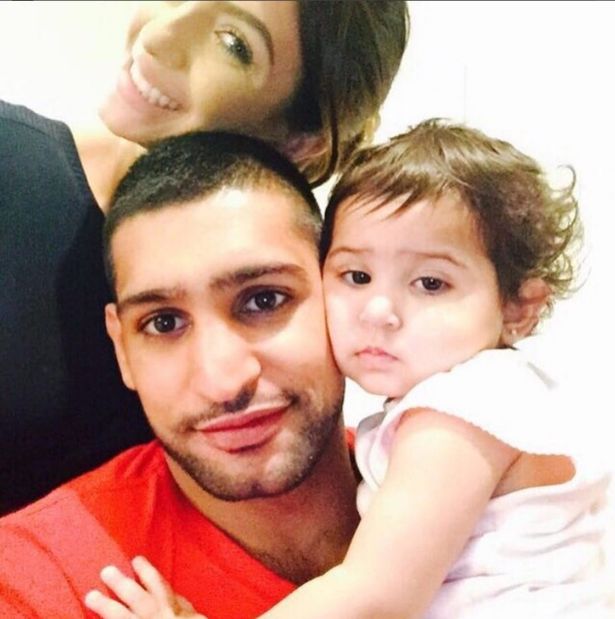 “He’s a married man with a young child and a pregnant wife. I’m disgusted at his attitude. He seems so blasé about it,” Emma, mother-of-two, told the Sunday People.

In a public spat between the couple, around the beginning of this year, that ended up on Twitter, a beat-up Faryal admitted to Amir repeatedly sleeping with other women during their four-year-long marriage. She said, “After all these years. I’ve always defended a cheat, always stuck around for him, always had his back.”

Amir and Faryal’s relationship is reflective of the modern-day, adult relationship that has been anything but a fairytale romance – full of ups and downs and plenty of bumps along the way, an example of how an ostensibly strong woman shifts back and forth with her decision to submit, either willingly and unwillingly, to abuse, manipulation, and mistreatment, at the hands of her husband

Khan has also, in a numerous instances, said to have ‘whinged’ about feeling trapped with his pregnant wife, cruelly branding her a “gold-digger” and a “Kylie Jenner plastic surgery obsessive”.

In an exclusive interview with The Express Tribune recently, Faryal opened up about the couple’s relationship. “If people say they don’t have problems in marriages, they are lying, because that is impossible. The thing is, people like us are always in the public eye, so we can’t hide anything either,” she said. “Mistakes happen with all of us, but Amir and I put everything behind us. My husband is my best friend,” she said.

“Also, a relationship is all about trust, not stupid stuff like this lol,” Faryal tweeted earlier, in 2012. 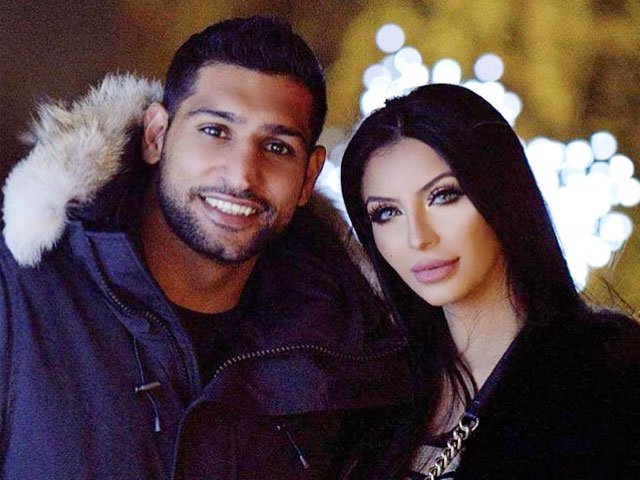 Certainly, Amir and Faryal’s relationship is reflective of the modern-day, adult relationship that has been anything but a fairytale romance – full of ups and downs and plenty of bumps along the way, an example of how an ostensibly strong woman shifts back and forth with her decision to submit, either willingly and unwillingly, to abuse, manipulation, and mistreatment, at the hands of her husband. It is not atypical to have a codependent relationship dynamic, where a couple tends to ‘put everything behind them’ and continue on with the hopes of invigorating their lost spark within the folds of all that which is held accountable to the notion of true love: never give up on each other. 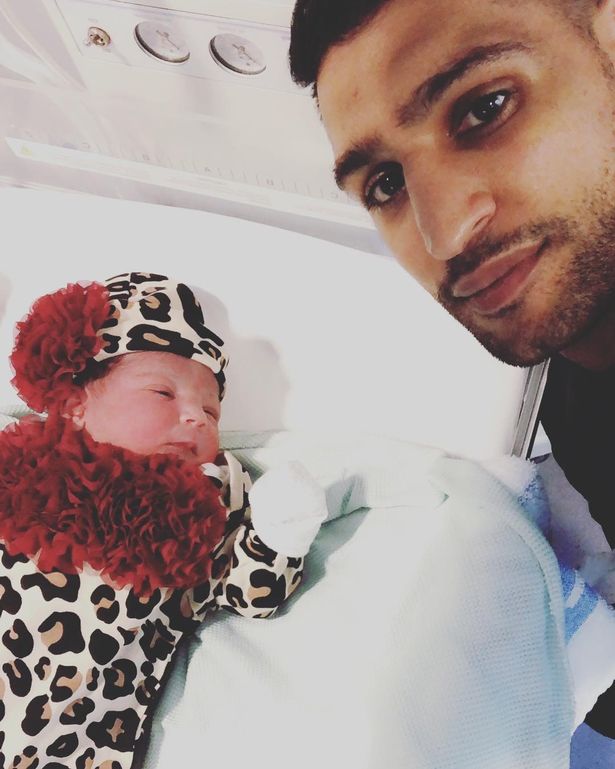 “She (Faryal) needs to bin him off once and for all. Surely this is unforgivable,” concluded Hammani in her statement alleging to the recent buzz that surrounded her name and Amir’s.

The question is of course, however, for Faryal to address: How much, ultimately, is enough?