* Abbasi says no one can lift a finger against nominee for the interim PM
* Shah hopes interim PM will ensure free, fair and impartial elections on July 25 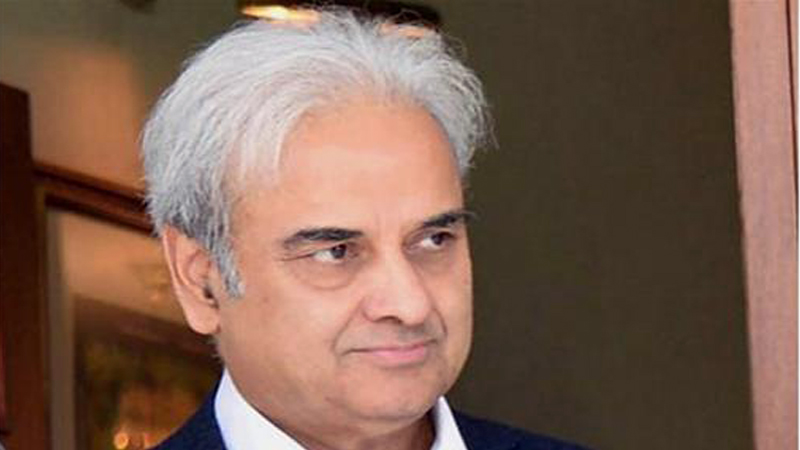 ISLAMABAD: Former chief justice of Pakistan Justice (r) Nasirul Mulk was on Monday named as interim prime minister until general elections on July 25, which are expected to usher in the second-ever democratic transition of power in the nuclear armed nation of 208 million people. The interim administration does not usually make any major decisions until the new government is elected, though it may be forced to act to shore up the economy amid a worsening macro-economic outlook.

The appointment comes amid growing political and economic instability, and ends weeks of wrangling between ruling Pakistan Muslim League-Nawaz (PML-N) and the opposition.

“No Pakistani can lift a finger (against) such a name,” Abbasi told reporters at a press conference, seated next to Syed Khurshid Shah, the leader of the opposition in National Assembly and a Pakistan People’s Party (PPP) leader. “We have selected a candidate for the caretaker prime minister who will play a democratic role in the upcoming general elections,” he said. “Every name was discussed, and this name was decided upon. It’s a name no one can point fingers at,” he added. “Today is a historic day for Pakistan and democracy.”

As Abbasi asked Shah to announce the name of caretaker prime minsiter, the PPP leader said, “We are happy that the government was able to complete its five-year term.” Thanking the NA speaker for his ‘major role’ in the government and opposition reaching an agreement, Shah added, “It was a challenge for all of us as all names that were put forth were credible and respectable. We tried to make a decision which is acceptable to the nation and parliament.”

“We have made a democratic decision. I am thankful to the prime minister, to the speaker, for making this decision with patience, setting aside our emotions,” he said. “No one’s name was discarded. We have chosen this name on the basis of merit. We took our parties into confidence and decided upon this name,” he added.

“Nasirul Mulk, who has served as chief justice of Pakistan, played a historic role in the judiciary and when he was a lawyer,” the PPP leader said. “I am hopeful he will successfully conduct free, fair and impartial elections in Pakistan on July 25, 2018,” he concluded.

Mulk will head the technocratic government after the current government and parliament are dissolved on Thursday.

“Mulk enjoys a good reputation in the wider political arena,” said Raza Rumi, the editor of Daily Times. “He’s seen as a neutral judge in the past without any political affiliation,” he said. “In a way it’s a good development,” he added, warning that the ECP may, however, have an even bigger role to play in the run-up to the election.

Born on August 17, 1950, in Swat, Khyber Pakhtunkhwa, Justice (r) Nasirul Mulk has served as the 22nd chief justice of Pakistan. He also performed the duties of acting chief election commissioner from November 30, 2013, to July 6, 2014.

Justice Mulk was one of the seven judges who signed a restraining order on November 3, 2007, when former president General (r) Pervez Musharraf imposed emergency and forcibly sent the judges home. Justice Mulk later joined the judiciary on September 20, 2008, under the Naek formula when he took a fresh oath as judge of the Supreme Court with his seniority intact.