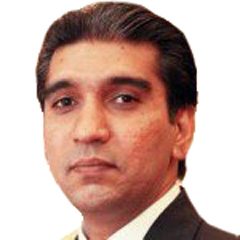 Spring is in the air

Make a choice; take charge or forever surrender and live for these short spells of spring, these brief stints of euphoria until they too forever vanish

Spring is in the air, and the air is festive. Fresh promises fill it with an irresistible fragrance. A fragrance that brings back hope and pushes despair aside; even if for a while, just as long as spring lasts. Spread across the landscape are colours hitherto unseen. Colours are attracting all and sundry with promises of land with perpetual spring. Colours that induce ecstasy; even if just for a while, just as long as spring lasts. Signature migrations to warmer lands from lands that now seem cold and dark begin as soon as the first signs of spring show. This is our political spring; the election season.

The bugle is sounded and ushered in are the days of demagoguery. Words uttered today in complete contrast to yesterday’s actions are believed. Hope may be a lifeline, but at times, this hope sows the seeds of gullibility. Absolutely irrational and illogical narratives begin to make sense. Impossibilities seem possible, and possibilities become improbable. Games begin; the chessboard spread, and upon it, Kings and Queens with their horses and bishops make the pawns dance to their tune.

The pawns dance merrily, overcome with the spring euphoria and content with the promises and prospects of a better future despite a bitter past. Pledges made decades ago, broken, remade and re-broken are made again. Loyalty and sincerity are guaranteed. Honesty and integrity are on display. Pledges, swears and oaths echo in the hollow heads that nod: as hollow as the promises themselves. Villains become heroes; heroes become saints. Insects become equals to the lions, tigers and elephants; even if for a while, just as long as spring lasts. High horses dismounted five years ago are mounted again. Weak, feeble and starved, the once-galloping horses now trot through crowds cheering nevertheless.

Remain alive, remain vigilant and keep your voice. You are the masses, don’t let pockets of self-serving communities and groups hijack mass movements. Recognise the enemy; those who want you divided, distracted and distressed

Winter of despair is gone, never to return we are told. Summers have been pushed away, and Autumn is now a thing of the past. Spring is here forever; you are now equal forever, the air shall remain forever as fragrant, colours just as bright. There is no office, no power or nuisance that they desire; all they want is for you to prosper, that is all they have ever wanted. They haven’t been able to translate these sentiments into actions before, but they will this time around, they promise. He has the same ingredients yet a slightly different recipe yet he promises an entirely different dish. They had manoeuvred and manipulated before, and the results have been disastrous. The methods have, however, changed and they now know what they are doing like never before. Obvious lies, impossibilities yet believed, hailed and welcomed.

Summer will follow spring, as it always has. Autumn and winter have always lasted longer than our political spring. This spring too will not last. We have to find a place between euphoria and despair: a middle ground that is neither a fantasy nor a bleak reality. The air may not always be fragrant, but we can rid it of this stink. Colours may not always be so bright, but we can stop it all from going grey. Only we, the people can. No one else can, no one else has and no one else will.

Summer will follow spring, as it always has. Autumn and winter have always lasted longer than our political spring. This spring too will not last

Democracy or not, power does vest in the people but only when people are ready to accept the immense responsibility that comes with it. Complacency is fatal; denial is death. Own your actions, make your own decisions, analyse and evaluate, use your mind and vote. Real knowledge comes from the mind where information is processed and not from information alone. Know that whatever you are being told and shown may be controlled.

Not just by those of whom we do not speak, but also by those who now speak of them without really speaking of them. And by those who currently benefit in silence. Know that there will always be hidden agendas, false promises and fake narratives. Know that there is no utopia on the other side of the door that each of them claims to hold the key to. Know that you are strongest right before you vote but also know that voting is not the last step in the democratic process, it is the first.

Remain alive, remain vigilant and keep your voice. You are the masses, don’t let pockets of self-serving communities and groups hijack mass movements. Recognise the enemy; those who want you divided, distracted and distressed. Recognise and realise your own potential. Make a choice; take charge or forever surrender and live for these short spells of spring, these brief stints of euphoria until they too forever vanish.

The writer is a practising lawyer with a Masters degree from the University of Warwick and an ex-Member Provincial Assembly of Punjab (2008-2013); He tweets @ZafarSahi