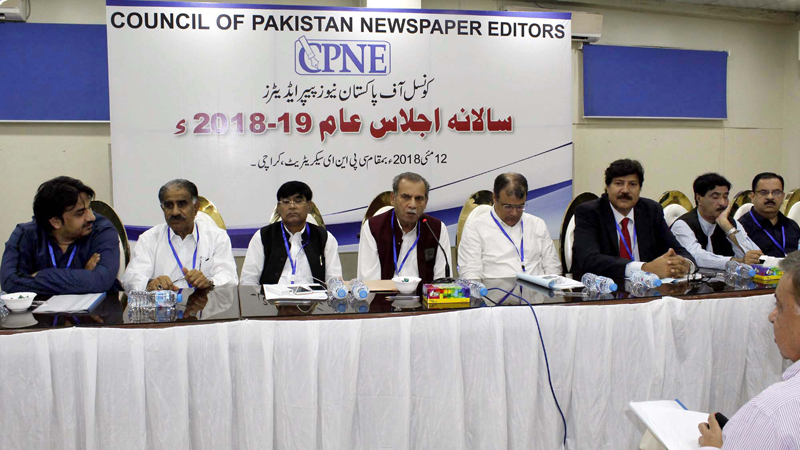 The office bearers were elected in the meeting of the newly elected standing committee of the CPNE which was presided over by the retiring president CPNE Zia Shahid.

The newly elected president of the CPNE Arif Nizami praised the retiring office bearers of the council including Zia Shahid and Aijazul Haq and said that CPNE served media greatly under their wise leadership. He said that he and his newly elected standing committee will have to face serious challenges against media so that the media could be freed and and the freedom of the press could be maintained from all kinds of political, state and economic pressures.

The annual meeting reviewed the situation of media and journalists in the country and made many important and far reaching decisions. Many resolutions were also passed. CPNE will issue the details of these resolutions today (Sunday).

Meanwhile, Governor Sindh Muhammad Zubair congratulated and hosted a reception in honour of newly-elected office bearers and standing committee at the Governor House.