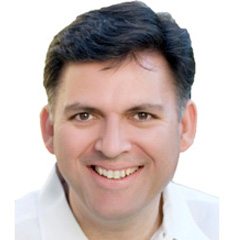 On April 22, I went to my first political jalsa in more than 30 years. In 1986, on a similarly warm April day, my parents had taken me (then all of 17 years old) to welcome Benazir Bhutto as she returned from exile during the waning days of the Zia era. I still remember walking along Lahore’s Mall road, surrounded by a sea of people, all jubilant, all peaceful. I don’t remember how we got from Mall road to the jalsa-gah at Minar-e-Pakistan because there was no way that anyone was driving that day, there were too many people on the roads. I do remember the incredible feeling of solidarity, of feeling part of a larger collective with everyone sharing the same mission. It was a heady feeling in those dark martial law days. Her speech at Minar-e Pakistan, in broken Urdu, was greeted by roars of approval from the assembled crowd numbering in the hundreds of thousands. The rest, as they say, is history. General Ziaul Haq hung on for a couple of more years but the end was clearly in sight although no one had imagined it would be as ignominious as it actually was. Then began the musical chairs of democracy with civilian governments following each other in rapid succession. The euphoria of Benazir’s return evaporated soon after her elevation to power for the first time and by the time she and Nawaz Sharif were permanently displaced once again by a military dictator, I was far away, studying in the USA.

I missed the lawyer’s movement entirely and subsequent civilian governments have not inspired me to participate in politics in any meaningful way. Until just a few months ago when something called the ‘Pakhtun Tahaffuz Movement’ began popping up on my social media. Recently, I clicked through to a YouTube interview of its leader, the charismatic Manzoor Mehsud aka Manzoor ‘Pashteen’ and was transfixed by his plain spoken, honest style and more importantly by the descriptions of his FATA homeland and what it had been turned into after the ‘War on Terror’. I started following updates of his movement on social media and was delighted when I heard they were coming for a rally to Lahore. The fact that Pakistan’s miniscule ‘Left’ parties had made common cause with them and were participating in their jalsa was simply icing on the cake.

I will not dwell on the actual facts of the rally which are well known. A complete media blackout remained in place all the way up to the rally. Lahore’s civil administration (not doubt under orders from ‘higher ups’) tried their best to stop the rally from going forward including arresting several of the PTM’s leaders the night before (they were later released after an uproar on social media) and finally, childishly, flooding the rally ground with sewer water which PTM activists cleared the on the morning of the rally. I went to the rally with a colleague to show solidarity and along with perhaps 10,000 people, welcomed the PTM and Manzoor Pashteen to Lahore. I posted photos of the jalsa on social media and along with dozens of supportive comments received a few of the usual tired criticisms: why I was ‘against the Army’ and ‘anti-national’ (something I already responded to here https://dailytimes.com.pk/225469/the-real-patriots/), why I was supporting ‘Afghani and RAW agents’ etc etc.

Of all the comments though, one in particular caught my eye. It was by a young man with whom I had a passing acquaintance. His comment was along the lines of ‘what’s the big deal about a bunch of Pakhtuns gathering in Mochi Gate? There are more people in a typical Lahore shopping mall on a weekend day than this’.

To me, this comment was emblematic of all that is wrong with today’s politically apathetic young generation. For everyone born after 1988 (which means everyone who is in high school, college and university today), political activism simply does not exist. There is no such thing, as far as they are concerned, as a group of people working together to effect social and/or political change. Coming together or collective activity of any sort necessarily means getting together at a mall for a meal or a cup of coffee (for better off kids) or perhaps getting together at a playground for a game of cricket or whatever. And this is the greatest achievement of our rulers since the Zia years.

I still remember (faintly) my Government College years. This was just months before student unions were banned completely by the Zia dictatorship. Every time the student union elections rolled around, there would be excitement on campus, poster and banners would go up, we would see our seniors debating passionately in the college cafeteria or making speeches to groups of students standing on cardboard boxes. A few scuffles would break out every now and then but I don’t remember anything serious. By the time I started medical college in late 1985, student unions had already been banned for almost two years.

The sole exception was the student wing of the Jamaat-e Islami, the Islami Jamiat-e Talaba (IJT) which continued to operate with impunity across most college campuses including ours (and continues to do so, most notoriously in Lahore’s Punjab University where they routinely disrupt activities by Pakhtun and Baloch students and frequently beat them up). All other student organizations were strictly repressed (and continue to be) and student activism effectively came to an end. This, of course, was not an accident.

The General and his sponsors knew very well that students had been in the forefront of the struggle to topple the Ayub dictatorship and they remained politically charged throughout the Bhutto government. Campuses remained hotbeds of political activity throughout the 1960s and 70s and not just in Pakistan. Some of the most active opposition to the Vietnam war came from student campuses in the US. The killing of four student protesters at Kent State University by national guard troops in 1970 is often cited as the final nail in the coffin of the Vietnam war (even though it took another 5 years before the war officially ended). Student activism therefore, and student unions were seen (correctly) as potential nurseries of opposition to the existing order and thus targets to be eliminated.

Gradually, even the memory of student activism has faded from popular memory. Unions have been replaced by various ‘societies’: photography, arts, drama, debates and so on, all of which, while useful in themselves, are no substitute for political action. Even the very term ‘student politics’ has been degraded into an abuse as in ‘students should focus on their studies and not do ‘politics’, as if students being actively involved in their college or university affairs or in the larger life of their communities is dirty and unacceptable.

The young man who made that comment about the PTM, therefore, was demonstrating, quite clearly how far we have come: to a place where a grassroots political movement led by an oppressed people demanding their basic rights is seen as treasonous and students, instead of standing in solidarity with those people, compare them dismissively to a group at a shopping mall, the ultimate monument to an apolitical consumer culture.

There have been half hearted attempts in the last few years to revive student unions although even if that were to happen, they would, no doubt, be strictly proscribed. The loss of student activism on campuses has contributed, not just to apathy in society at large but also to steadily declining educational standards across the country. When students have no say in how their curriculums are designed or how teaching is delivered (or by whom), education at large is the victim. No longer is a college or university campus seen as a place to make friends, grow up and explore the world around and within you. Today, college campuses are dull places where the sole focus is on classes and grades.

In my public medical university, the level of disengagement of the students (the brightest in the nation) from their educational activities is palpable and disheartening. The students feel, rightly so, that no one cares what or how they are taught. That they are being force-fed material that they have no interest in, by people who have no interest in them. And the demise of student unions as a way to mediate the gap between the student body and the college administration is partly to blame. There is no easy way to fix this but fix it we must. The alternative is churning out half educated zombies who can be led around by the nose in pursuit of the basest political motives. And while that may suit those in power, it is no recipe for building a vibrant society or nation.