In our version of history, what is rarely highlighted is the fact that Tipu was a man of daring vision and enterprise 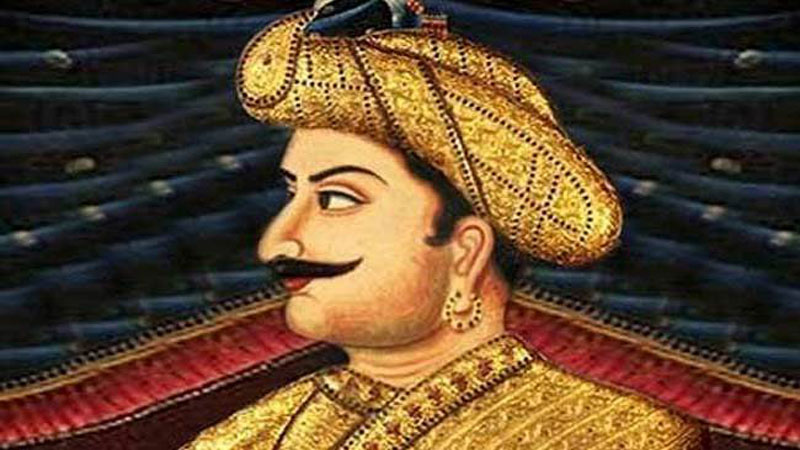 4th of May marked the death anniversary of Tipu Sultan, the ruler of the south Indian kingdom of Mysore, who died gallantly defending his capital Seringapatam against the combined forces of the East India Company and the Nizam in 1799. In Pakistan, Tipu is remembered as a noble soldier and a martyr who raised his sword to preserve India’s freedom from foreign occupation. Pakistani texts ranging from historical fiction such as ‘Aur Talwar Toot Gai’ by Naseem Hijazi to television and filmic productions including Tipu Sultan a drama serial produced by PTV and Tipu Sultan a film based on Tipu’s life, portray Tipu as a semi-divine warrior having an incredible strength to fight and crush his enemies. With his god-like power, Tipu is shown to embark upon a glorious military career and achieve stunning successes not only against indigenous rivals but also foreign invaders. Tipu’s agile armies carry fire and sword into the battlefields and pound dread in the hearts of the enemies. He certainly would have stalemated the British were it not for the treachery of his own ministers and officers.

The picture of Tipu as a mighty Muslim warrior who fiercely resisted British power has had immense staying power in Pakistan. But there is much more in Tipu’s personality which needs a greater attention. The aim of this writing is to highlight those aspects of Tipu’s character that have been veiled by deific trappings in order to give a more telling portrait of him.

The picture of Tipu as a mighty Muslim warrior who fiercely resisted British power has had immense staying power in Pakistan. But there is much more in Tipu’s personality which needs a greater attention

In our version of history, what is rarely highlighted is the fact that Tipu was a man of daring vision and enterprise. Fascinated by technological advancement of the west, Tipu set himself to the task of modernising and industrialising his kingdom. He was mindful of the importance of having one’s finger on the pulse and therefore, the need to adopt western techniques to place Mysore on the forefront of industrial progress and prosperity. He, on the one hand, welcomed medical experts from abroad and invited skilled artisans to energise industry in Mysore, and on the other hand, hired French technicians to improve his arsenal and forts. When Tipu sent an envoy to France he specifically instructed them to bring craftsmen who could make “muskets of novel designs, canon-pieces, and iron guns”.

Irfan Habib reveals that the exquisite craftsmanship of muskets produced by Mysorean foundries was endorsed by Cossigny, the governor of Pondicherry, who thought them equal to any manufactured in Europe. The judgment pronounced in Paris on two pistols presented by Tipu’s ambassadors to Louis XVI in 1788 also supports the viewpoint of Cossigny. Tipu also showed keen interest in trade and commerce with countries abroad and believed that the future of India could be changed by skillfully using the sea. Tipu employed the thriving ports of Kanara and Malabar to introduce fabulous Mysorean products including the spices, the ivory and the sandalwood, to the world across. Paying tribute to Tipu Praxy Fernandes writes, “No other sovereign in Indian history had given such an impetus to industrial production.” Through a systematic state effort Tipu strengthened trade relations with the Middle East and set up factories across the Persian Gulf. Tipu’s glittering and thriving Mysore also offered a testimonial to his belief in cultural pluralism which stands in sharp contrast to the narrow and chauvinistic nationalism displayed by the west and India today. His was a kingdom where Hindus, Muslims, and Christians lived in perfect harmony. In fact it was so constructed that it invited foreign investors and workers. Apart from encouraging Europeans Tipu also welcomed and supported Asian merchants from China, Arabia, and Armenia. Mysore, in fact, manifested how ethnically diverse societies can create a legacy of tolerance and civilization.

One is amazed to discover that Tipu was a ruler with majority of his thoughts not on architecture and buildings (a cherished pastime of the Mughals) but on utilitarian projects. Tipu thus built roads all across his kingdom and initiated agricultural reforms to improve the lot of peasants. He eliminated bloodsucking sowcars (middleman) and fixed a reasonable State share. To increase the area under cultivation Tipu gave away government wastelands to the peasants on easy terms. The amildars were instructed to watch the interests of cultivators. Taqavis (agricultural loans) were made available to the farmers. Today these measures may not surprise us but in the eighteenth century India when power structure was firmly acnchored in feudalism, these ideals were revolutionary. Tipu’s genius, in fact, continues to astound us. The concept of civil service which was his brainchild that lent stability to his government was according to Fernandes a ‘fantastic experiment’. Fernandes highlights that the defining features of Tipu’s state were “a strong government, a well-integrated provincial administration, an efficient civil service, a uniform set of laws and the elimination of the middleman.” When the British came into power in India they appropriated Tipu’s administrative policies to strengthen and consolidate their position. Tipu’s prescience and incredible foresight instantly distinguishes him from regional contemporaries and makes him a great leader in the history of the sub-continent.

A man of honour and dignity, Tipu never compromised on his principles. When the British during the peace negotiations carried out at Mangalore in 1784 put forward extravagant demands including the grant of commercial privileges in Mysore, which meant economic and political domination by the Company, Tipu threatened to discontinue the talks and walk away. On one occasion Tipu returned 500 muskets forwarded to Mysore by Conway, the Governor of Pondicherry, for the reason that they were “inferior in quality to those produced in Mysore”.

On another occasion, Tipu terminated the services of a French surgeon on the grounds that “he brought no new shills or methods in medical treatment to Mysore” and therefore was guilty of breach of contract.

Underneath the familiar story of courage, martyrdom, and betrayal there are far more intriguing aspects of Tipu’s personality that remain little visited and underexplored. Our rulers and leaders should not only learn a lesson from the heroic character and dynamic vision of Tipu but also take sincere steps to implement them in all facets of Pakistani society.